Twenty two different species of mammals live in or around Svalbard. On land and ice, you can meet Svalbard’s own mini version of the reindeer – the Svalbard reindeer, in addition to the charming arctic fox. The polar bear inhabits an area from the coast out to the sea ice, but is really in its element on the ice. The bear hunts for various marine mammals such as ringed seals, bearded seals and harp seals, as well as occasional walruses. This ecosystem of sea ice is one of the most characteristic, but also most vulnerable natural areas of Svalbard.

Over half of the mammalian species in Svalbard are whales. These marine mammals spend the majority of their time far out at sea, but can swim along the coasts of Svalbard. All in all, the mammals of Svalbard give this land its soul and make it a fascinating place to visit. 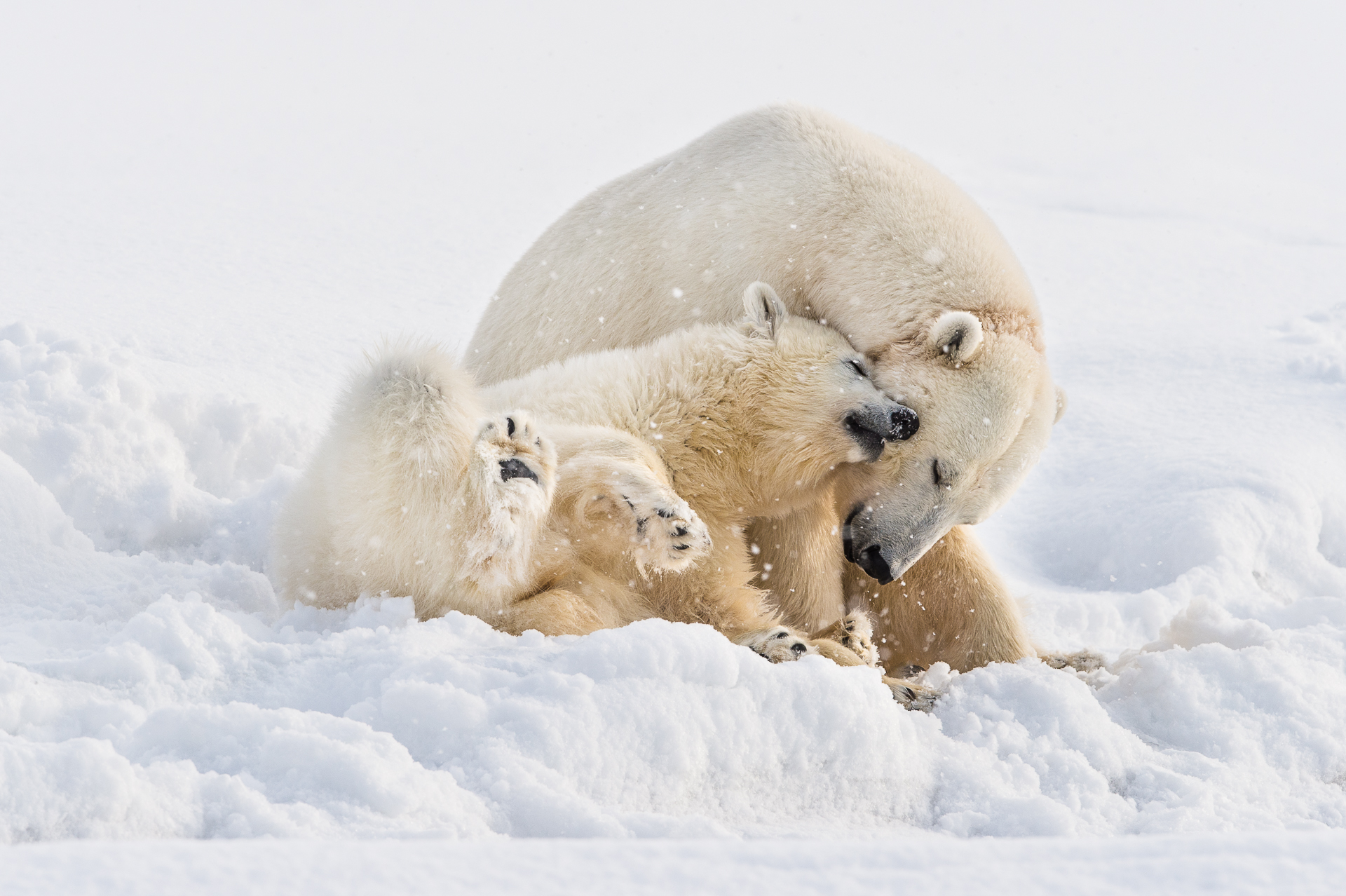 POLAR BEAR
The polar bear is the King of the Arctic. It is at the top of the food chain on Svalbard, and is extremely well adapted to sea ice and the arctic climate, however it is also very vulnerable to change in its realm. READ MORE 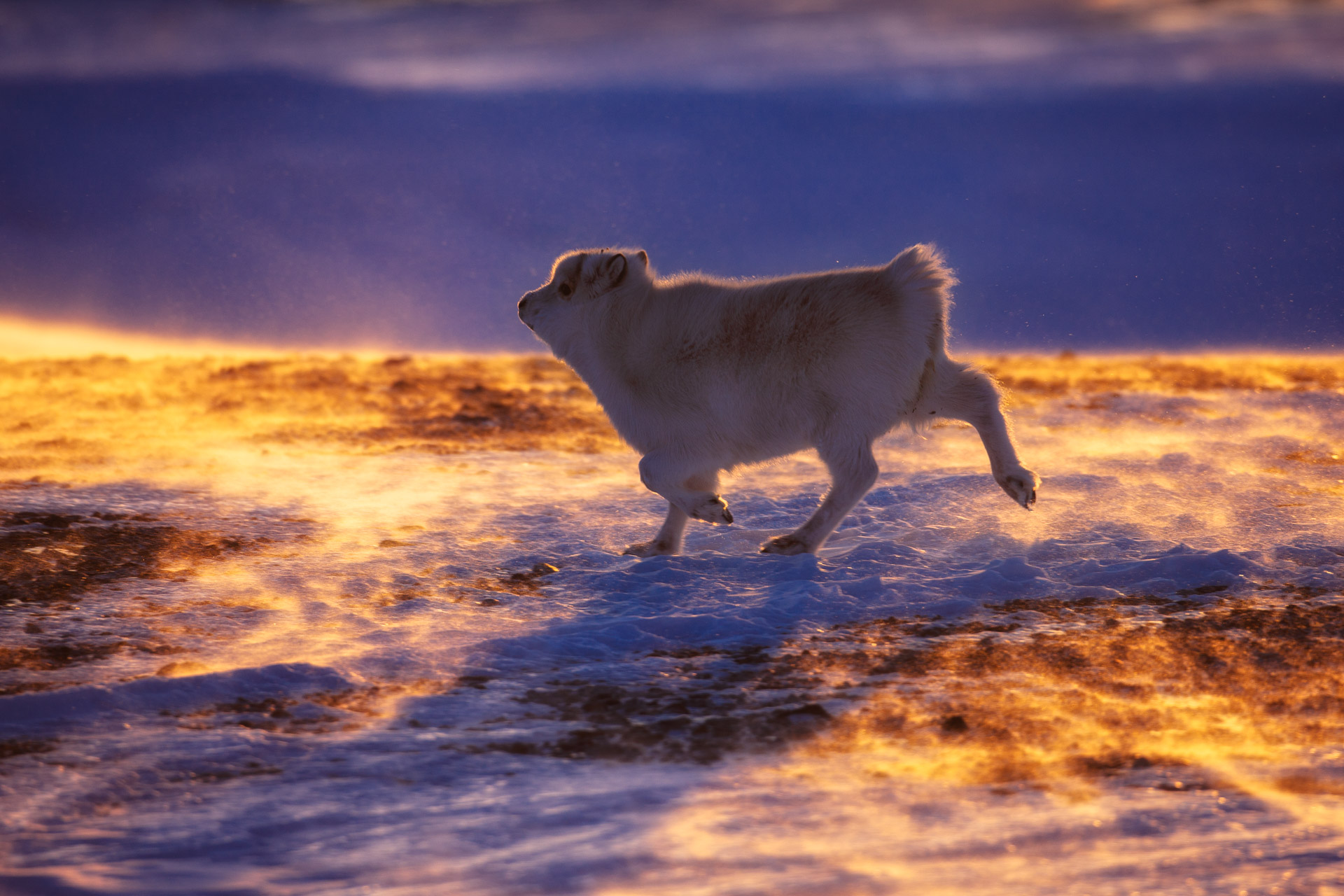 REINDEER
Svalbard reindeer are significantly smaller than their relatives in Scandinavia, Russia, Canada and Alaska. They have shorter legs, more compact body, and are very well adapted to the extreme conditions of Svalbard. READ MORE 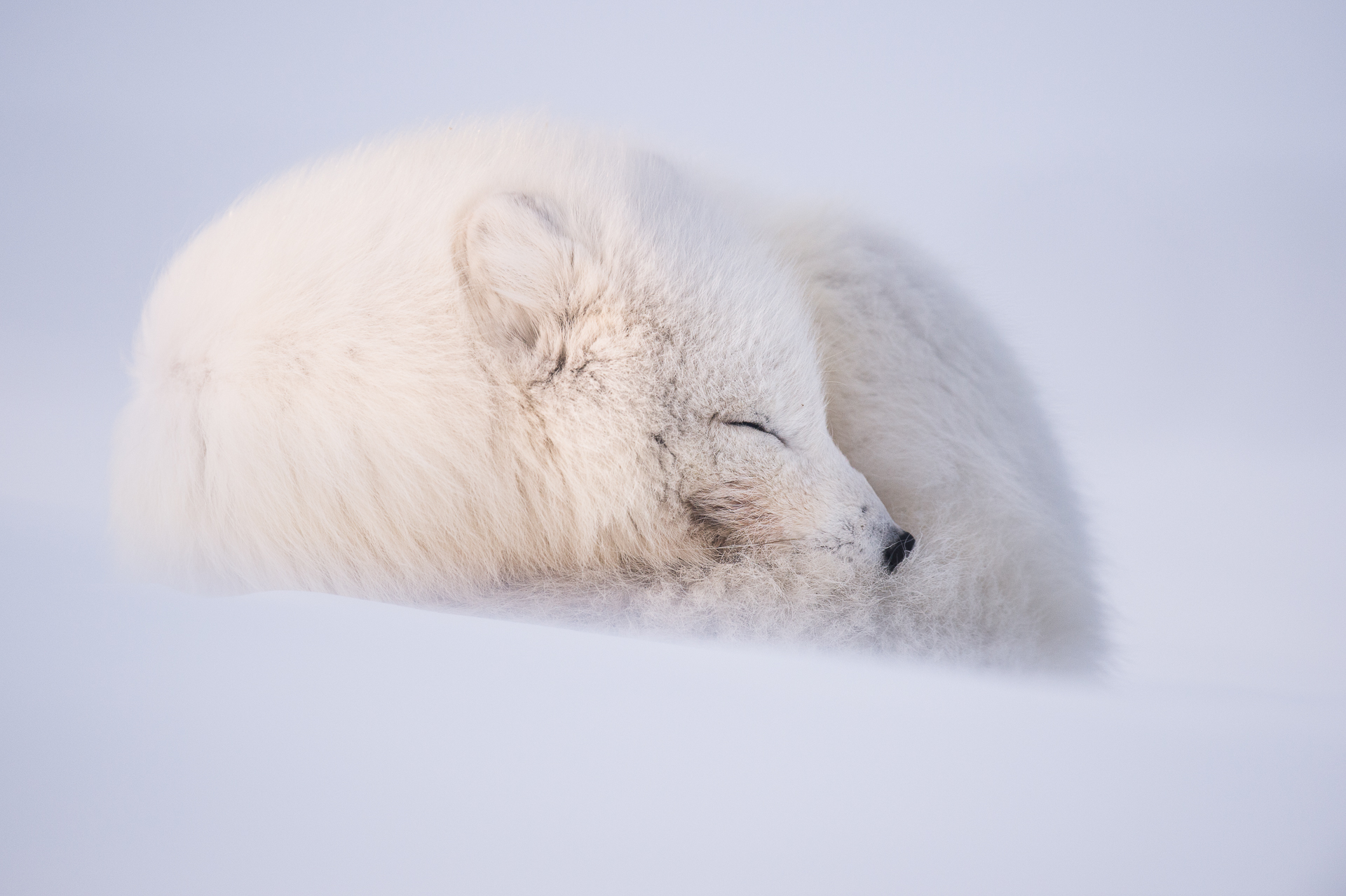 ARCTIC FOX
Svalbard’s second largest predator on land is the Arctic fox. This curious little fox is highly adapted to a varying food supply. In summer it specialize in stealing bird eggs or chicks. READ MORE 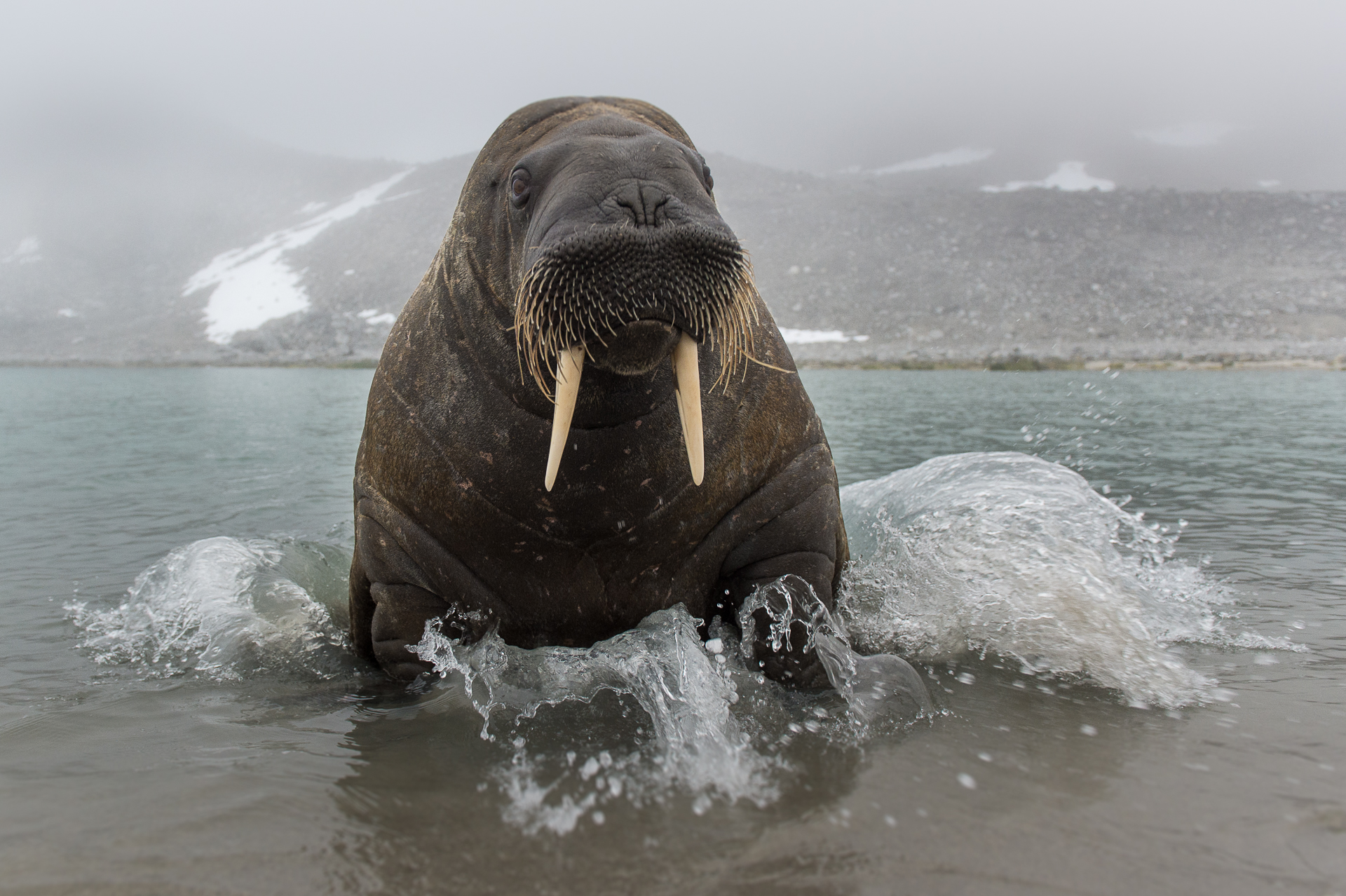 WALRUS
From the 1600s, and for almost 350 years there was an intense hunt for walruses, especially because of the valuable tusks. The walrus was virtually eradicated from Svalbard, but today they are thriving. READ MORE 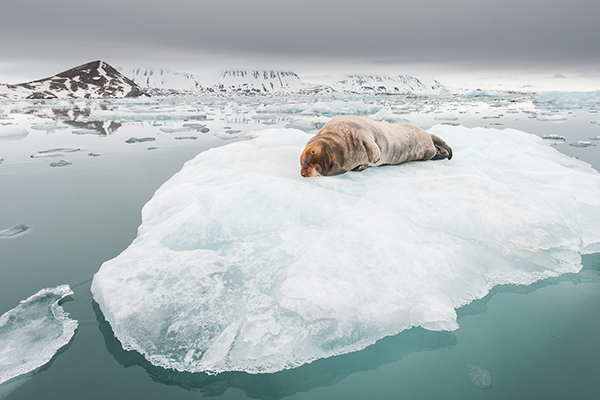 SEALS
Bearded seal, ringed seals, harbor seals and harp seals are all very common seals on Svalbard. Some live in the fjords, while others are found the Arctic Ocean pack ice. With big eyes and their curiosity they are all fascinating animals. READ MORE 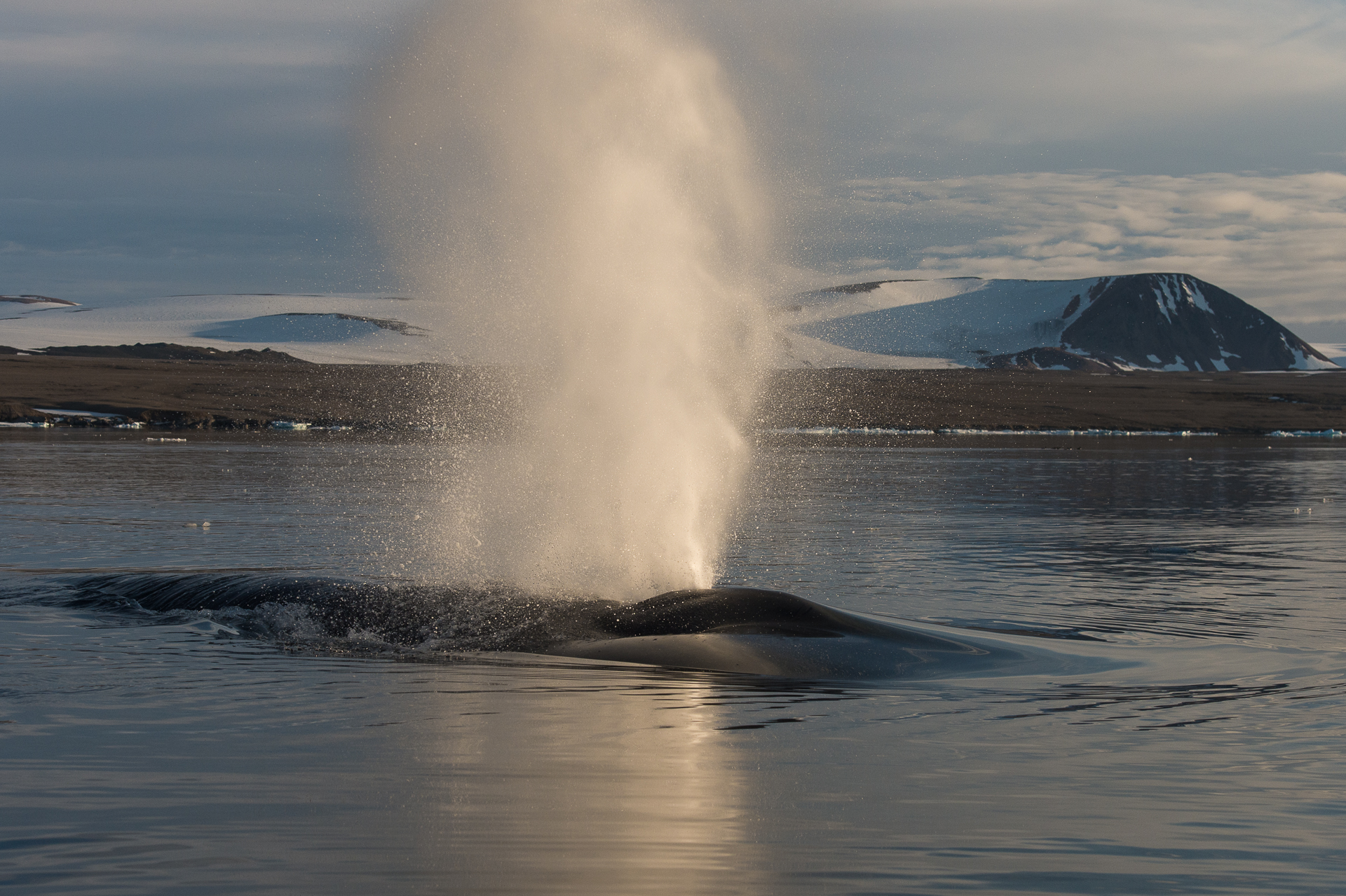 WHALES
Off the coast of Svalbard, it is not uncommon to see whales. Most often, they are belugas, or minke whales, but humpback whales, blue whales and fin whales are also seen regularly around Svalbard. READ MORE