Geological mapping of the Svalbard archipelago before 1900 showed deposits of coal, phosphorus, gold, zinc, lead, copper, gypsum and marble. These resources commanded good prices in Europe, and several companies began mining. Most of the enterprises were short- lived, and many lost big money. One of the most hazardous projects was the production of marble in Kongsfjord. Great Britain invested heavily in railroad tracks and factory buildings. The first marble they took out from the mountain appeared ne and was loaded onto cargo ships bound for England. Everything seemed to go well until they opened the hatches to the cargo and discovered the marble had crumbled to gravel. Today there are only some coal mining companies left. This has provided the basis for the establishment of year-round communities in Longyearbyen, Svea, Barentsburg and Ny-Ålesund. The geology of Svalbard has in many ways laid the foundation for the settlement in the high Arctic. 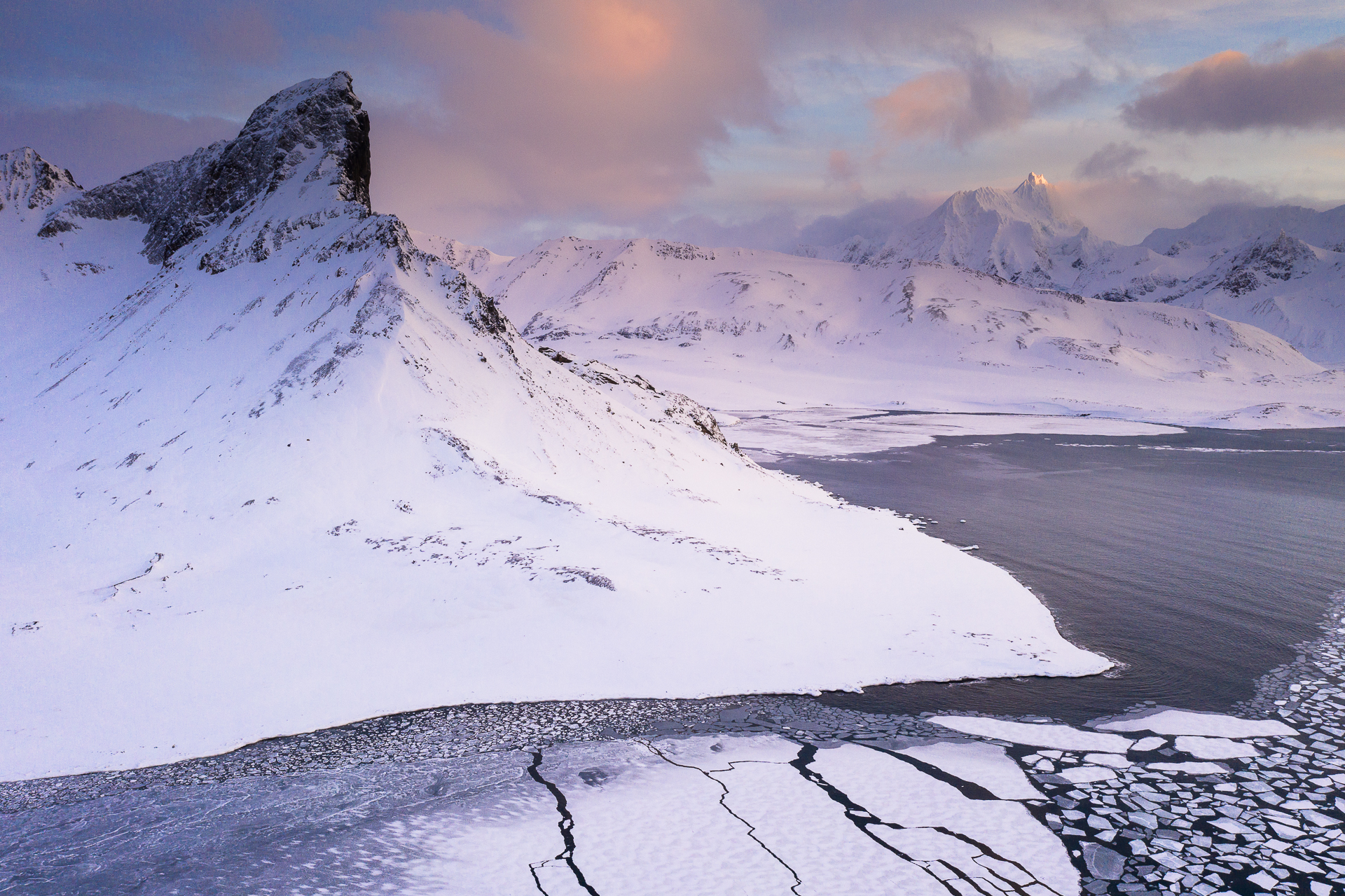 Hornsund is world famous for its diverse geology. Here we see Bautaen in the foreground and Hornsundtind lit up in the background. Copyright: Roy Mangersnes

Glaciers cover over 60 percent of Svalbard’s land area with ice up to 600 meters thick. There are a total of 2100 large and small glaciers in the archipelago, with Austfonna on Nordaustlandet being the largest with a 130-kilometer wall of ice on the ocean side. In fact, Austfonna is the third largest ice cap in the world, following the Antarctic and Greenland.

The glaciers on Svalbard are referred to as «surge» glaciers. These glaciers are in contrast to other glaciers in Europe, which are partially frozen to the ground because of the permafrost. Surge glaciers usually move very slow and thus the ice builds up in the top section. At some point, the glaciers get out of balance, and in a short time, they can crack up and move very quickly, in a phenomenon called «surging». A surge can last for about ten years, while the periods between surges can last from 30-500 years. An example of a surge is the Nathorst glacier at the head of the Van Keulenfjord that advanced more than six kilometers during 2009. In recent years the surge event have been happening more regularly, reducing the time available for glaciers to ”recover” and rebuild.

In winter, the ocean around Svalbard freezes, producing up to a three meter thick layer of ice. These large ice floes drift in the Arctic Ocean, controlled by ocean currents and wind. Drift ice is very important for the Arctic ecosystem. It is usually only in the summer months that the waters to the north and east of Svalbard are navigable. 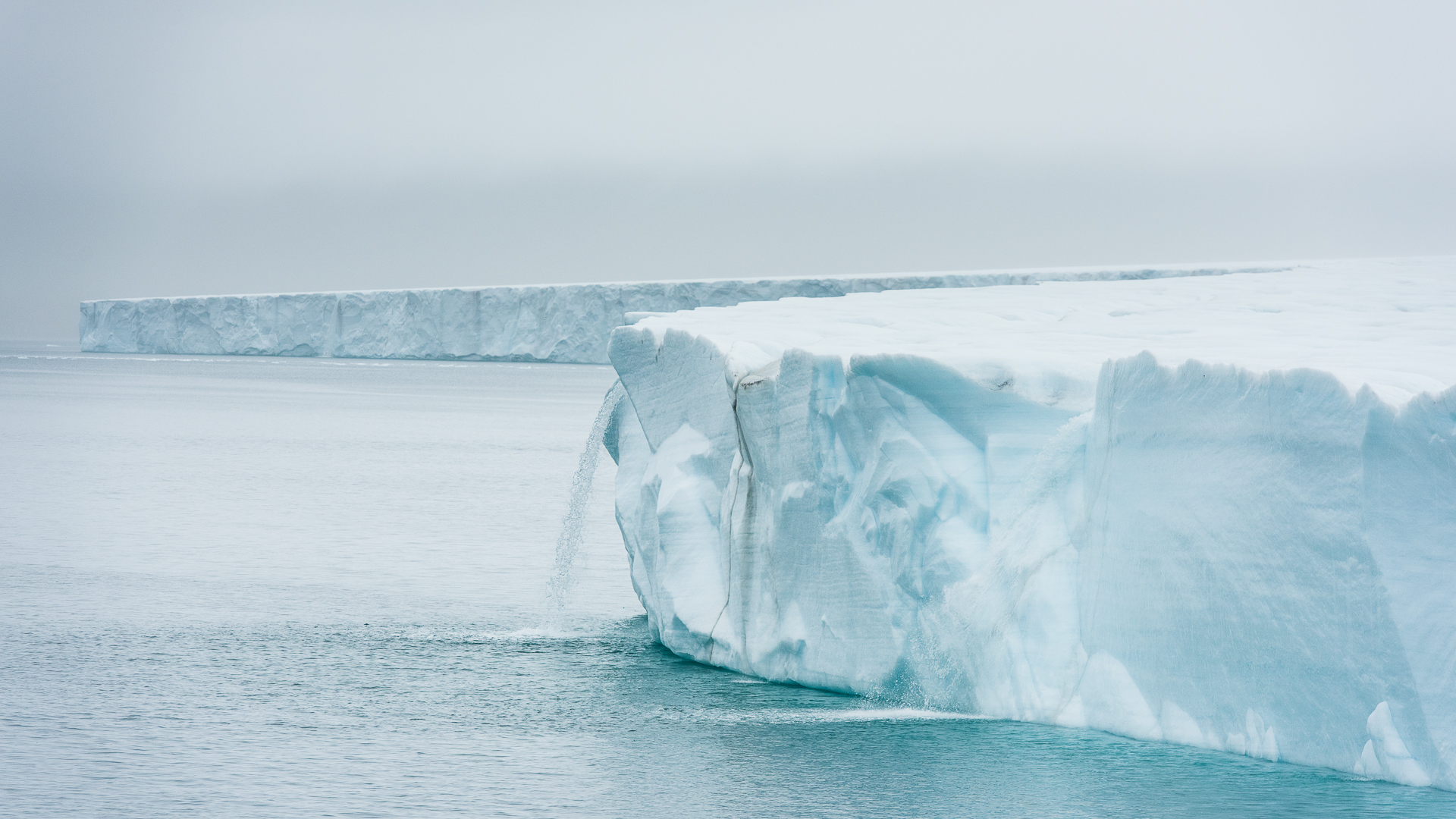 The Austfonna glacier is the third largest ice cap in the world, and it is quite a sight! Copyright: Roy Mangersnes