The northern fulmar is one of the most numerous seabirds on Svalbard, and nests on steep cliffs along the coast. They often return to the same nesting sites each year, and may also visit the nest site during the winter. The northern fulmar is a faithful companion for boaters, as it glides effortlessly across the ocean surface. The Norwegian name for northern fulmar is havhest, meaning ocean horse, a name it probably got from the way it rides the waves. 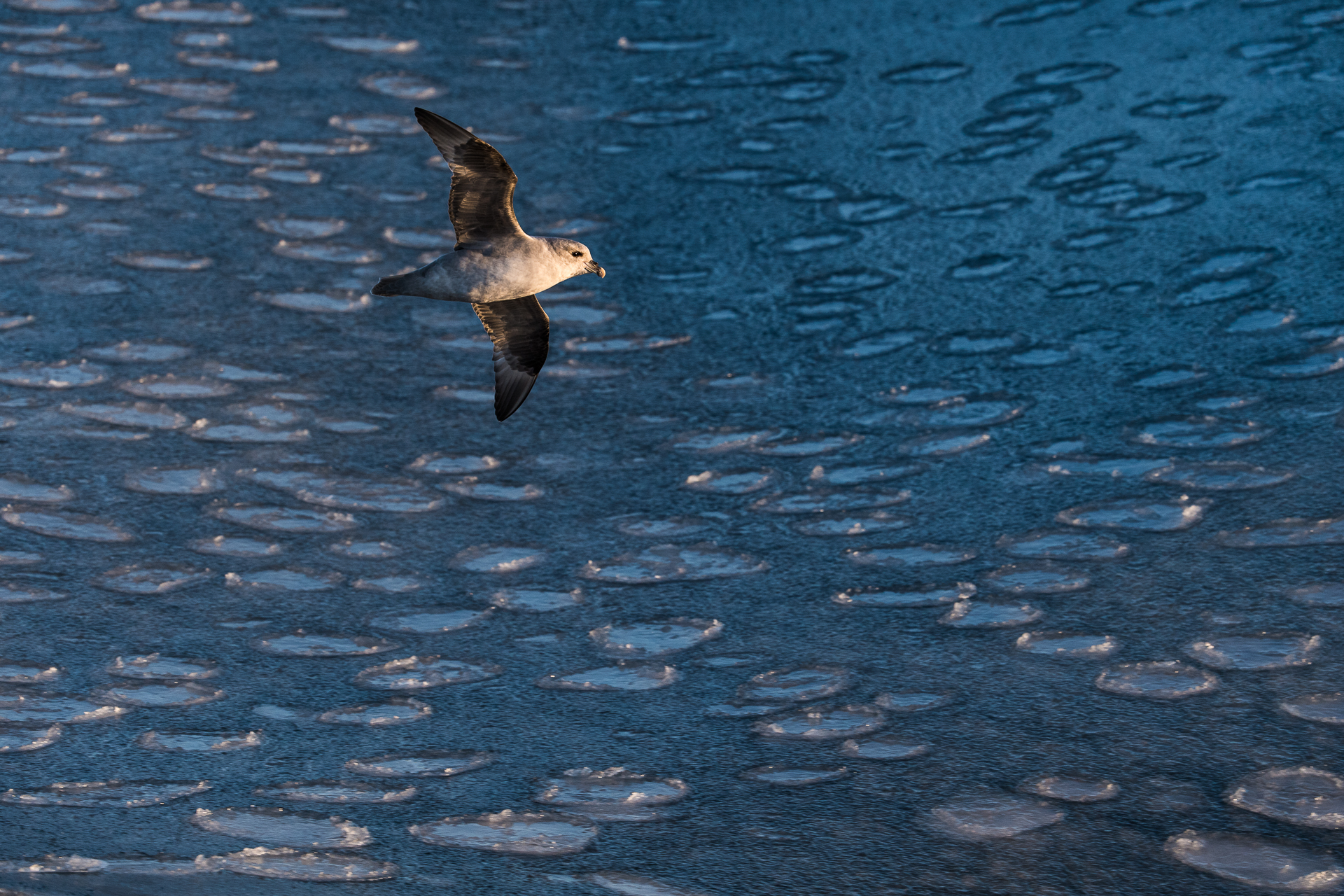 Even though many people misidentify this bird as one belonging to the sea gull family, it is actually more closely related to the albatross. It belongs to the petrel family which has the widest distribution of any bird family in the world. The fulmar can be identified as a petrel because of its two tube shaped nostrils on the top the bill.

The petrel family is a highly varied group of seabirds. They range from the smallest storm petrels with a wing span of 35cm, to the large albatross with the world’s largest wingspan of more than 3.5meters!

The fulmar produces a highly nutritional secretion which is used to feed the young. This has an energy level of about 40 KJ/g and is more nutritional than the famous oil made from capelin fish.

This highly nutritional secretion enables nesting young to be alone for long periods. Satellite tracking studies have shown that foraging adults travel as far away as Novaya Zemlja in Russia (about 1100km one way) and some to Bjørnøya (300km) in a single trip.

The fulmar defend their nest and young by spitting a sticky oil secretion at any potential threat. It has a good aim and can hit a predator 2-3 metres away. This secretion is very smelly and also so sticky that the predating birds’ (sea gulls, hawks and eagles) feathers are damaged and therefore lose the ability to fly.

Contrary to most other bird species, the fulmars use their sense of smell to find food.

The fulmar is a true pelagic bird, and only visits land to breed.

The fulmar has the longest incubation period of all the birds in Svalbard – 7 weeks. It takes further 8 weeks from the egg hatching to the chick being able to fly. 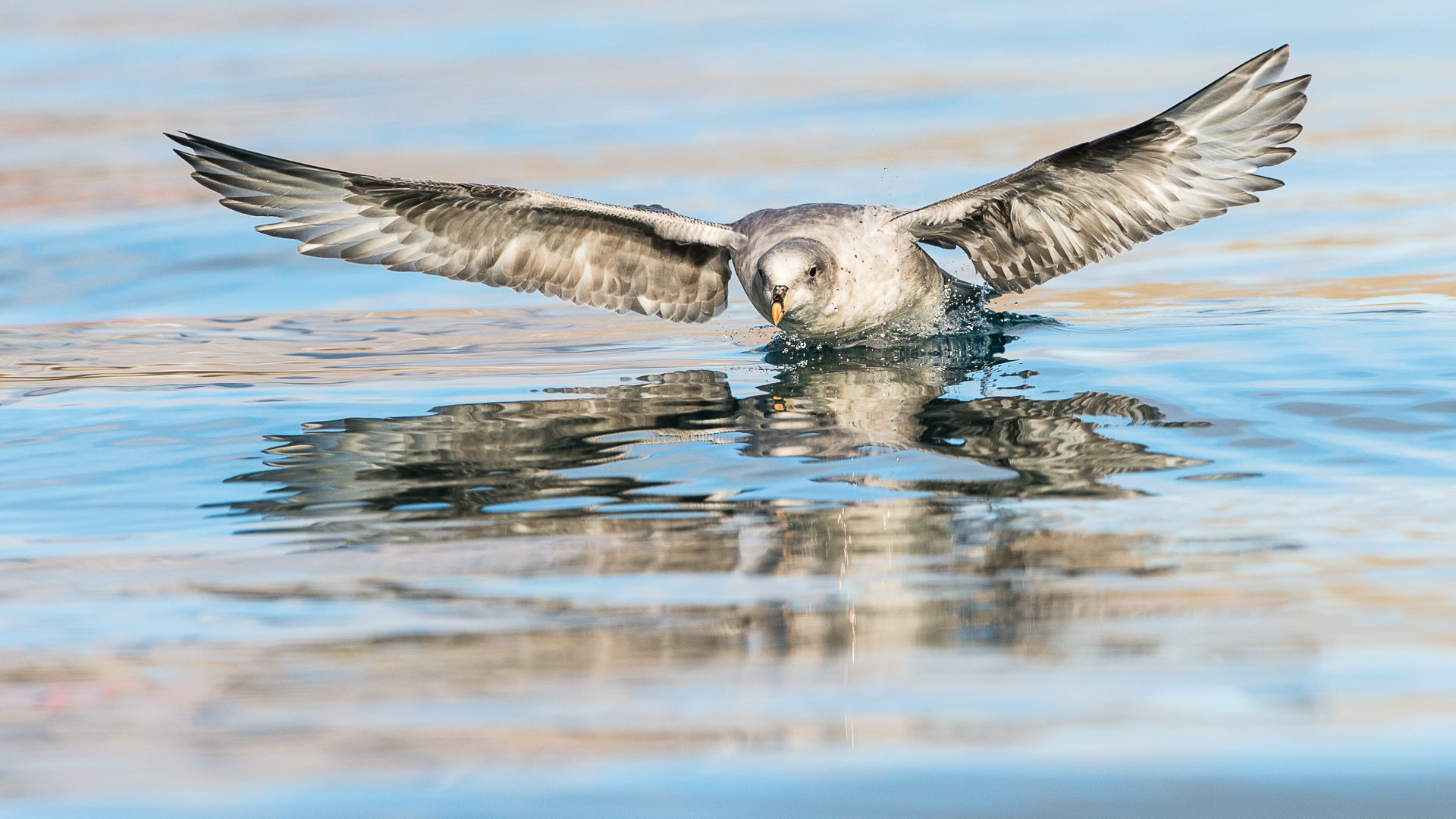 A fulmar in full spread as it lands on the clear waters of Billefjord on Spitsbergen. Copyright: Roy Mangersnes

Fulmars drink sea water (which is approximately 3% salt) from which they are able to produce freshwater. A small droplet can often be seen hanging from the tip of the bill. This droplet has at least twice the salt concentration of normal sea water and is left over from fresh water production.

The fulmars’ average lifespan is 35 years however there are some claims the bird can live to more than 80 years.

The colours of the fulmars’ plumage are gradually darker the further north they are. The birds in Svalbard are grey-brown with some almost a shade of blue. Whilst the birds in mainland Norway have a white belly.

Being highly nutritious, abundant and widely distributed the fulmar was used as an emergency food source by the historical polar expedition teams to Svalbard. Today it is still a regular food source for local inhabitants of the Faero islands, and to a lesser degree by those living in Iceland.

Fulmar feed on most things found floating at the sea. This ranges from whale carcasses to litter. There have even been reports of it feeding on dying seamen, who have been shipwrecked and are too weak to defend themselves. One study from the North Sea showed that 80% of all fulmars drifting ashore had plastic in their digestive system. 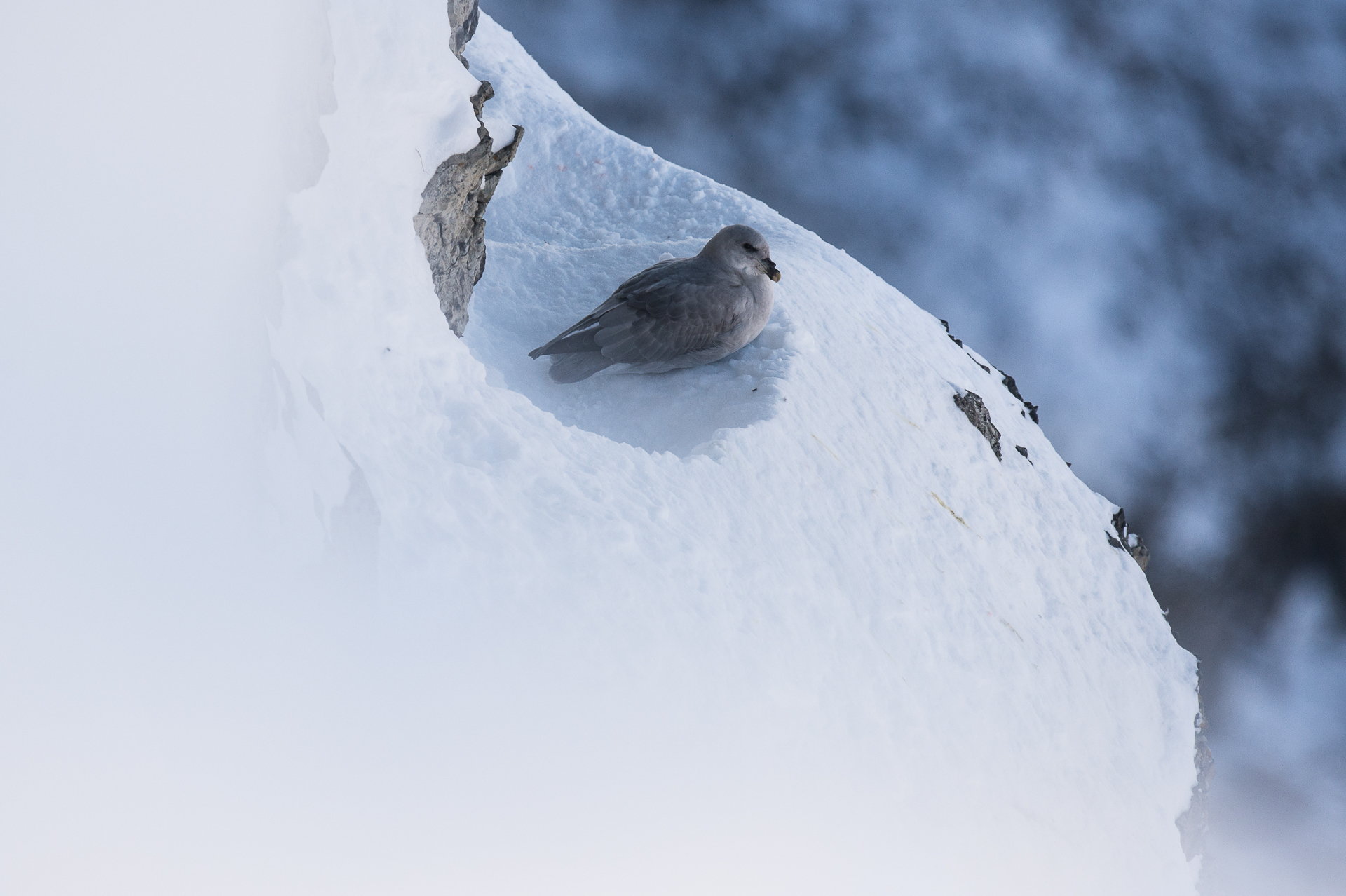 A northern fulmar visits the nest already in March, while the snow is covering the mountain slopes. Copyright: Roy Mangersnes 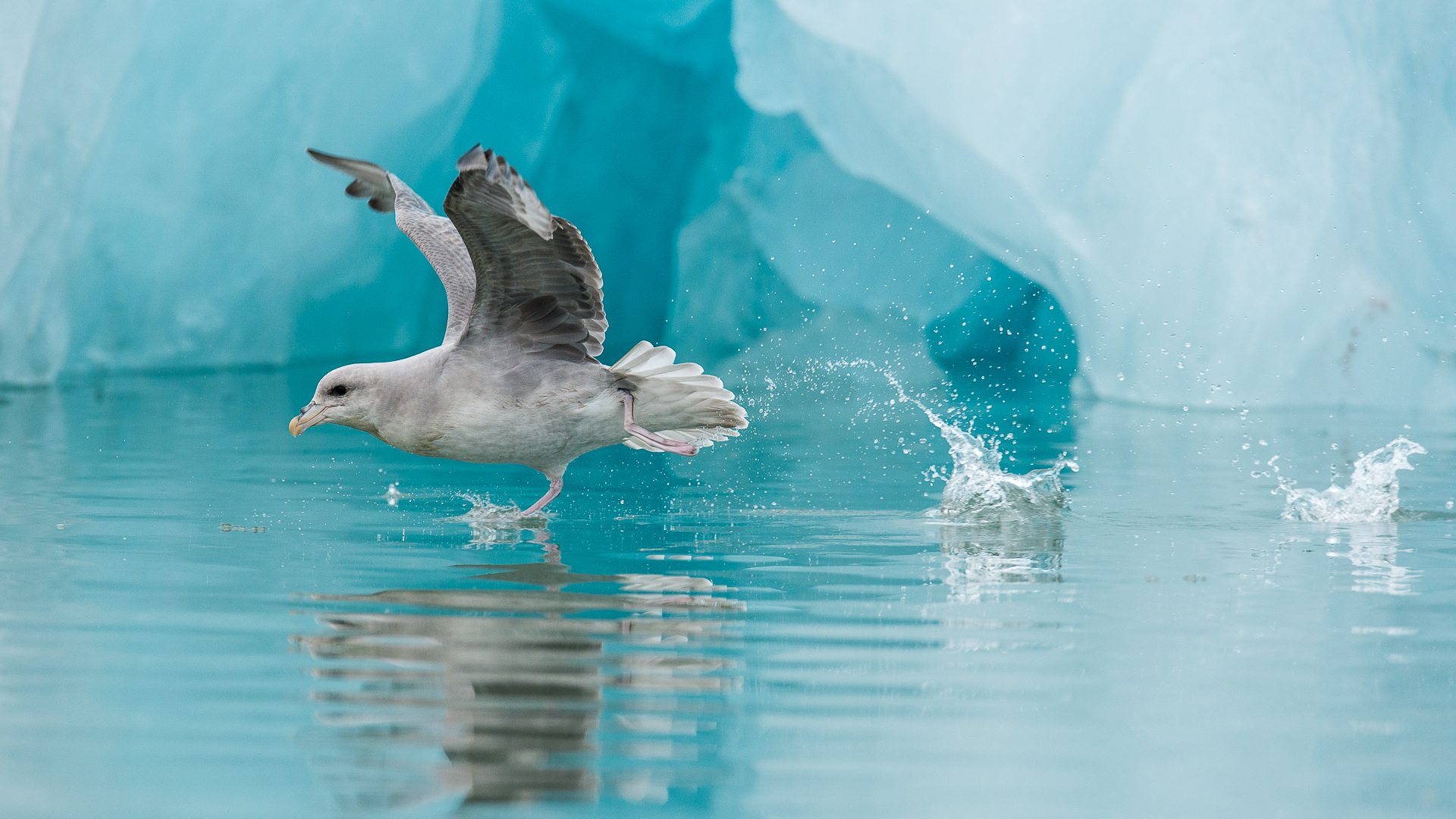 The northern fulmar will rest and feed on the water but needs to run on the surface to get back up in the air. Copyright: Roy Mangersnes 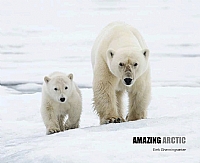