Svalbard has an abundance of birds, despite its northern location. There are not many bird species that nest on Svalbard, but they can be impressive in numbers, especially seabirds and geese. A total of 126 bird species are recorded in Svalbard.

Most of the birds migrating to the archipelago in summer exploit the rich food sources in the Barents Sea and Greenland Sea. Only the Svalbard ptarmigan are resident on the islands through the cold winter, in addition to species such as black guillemots, ivory gulls and long-tailed ducks in the ice-free areas.

June is perhaps the best time of year for bird watching on Svalbard. The returning migratory birds can gather in large numbers in the valleys and along beaches before they start breeding. 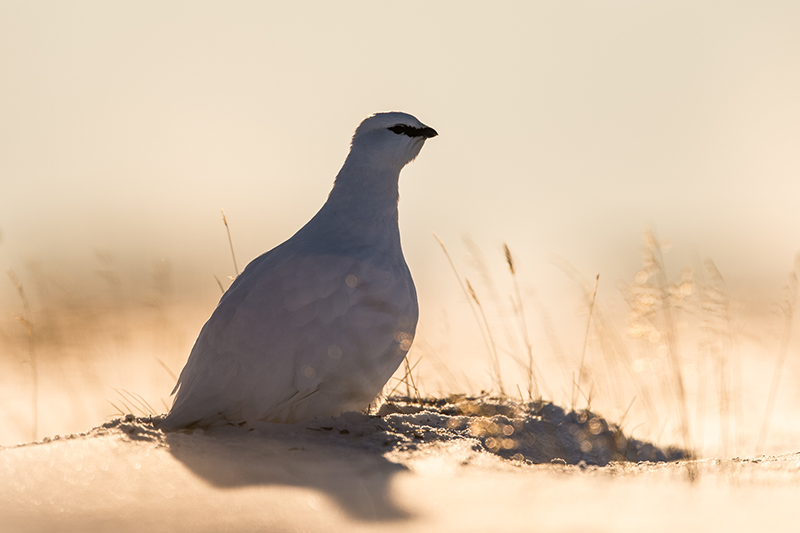 SVALBARD PTARMIGAN
The Svalbard ptarmigan is a sub-species of the rock ptarmigan found elsewhere in Europe, but the Svalbard version has some very special features. READ MORE 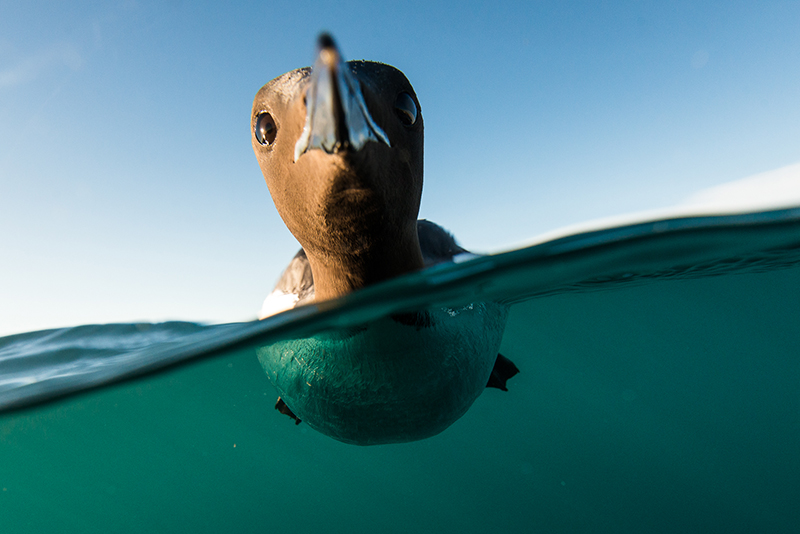 AUKS – penguins of the north
Auks are often considered the Northern Hemisphere’s penguins because of their similar appearance. However, genetically they are closer related to seagulls and waders. READ MORE 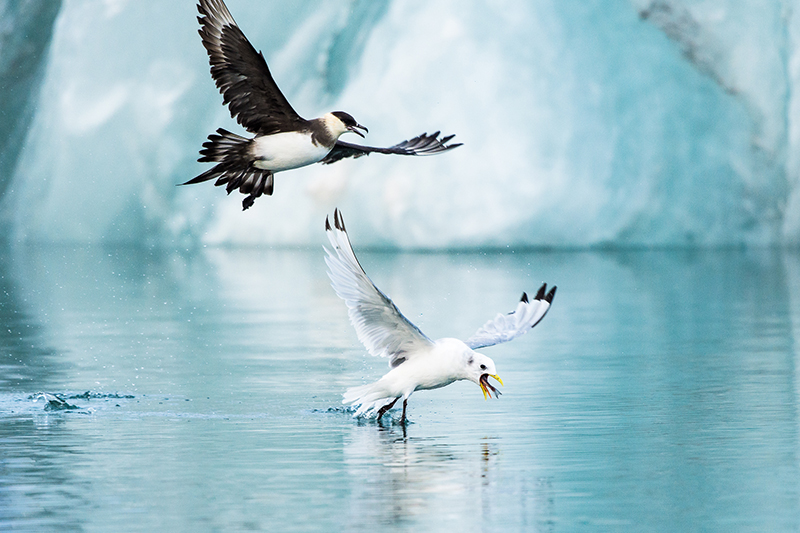 SEAGULLS, TERNS AND SKUAS
Kittiwakes and glaucous gulls are the main gulls nesting on Svalbard. Arctic terns are real long-distance flyers. All four European species of skuas are present in Svalbard. READ MORE 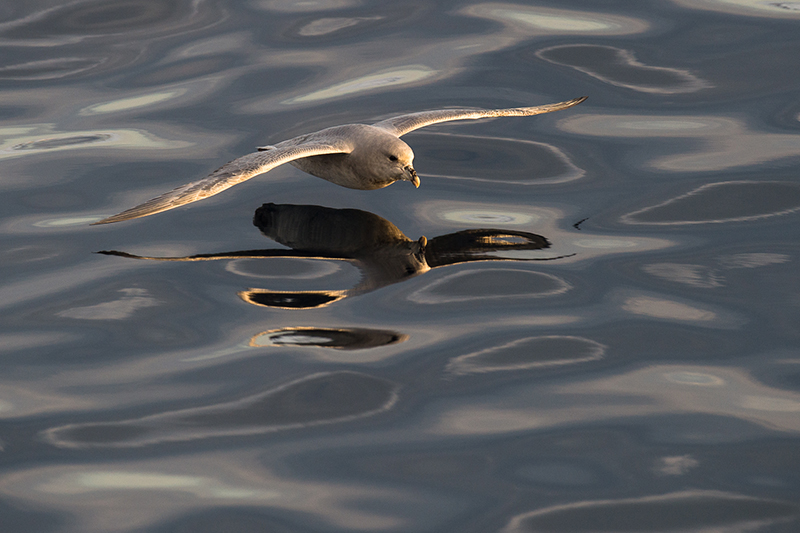 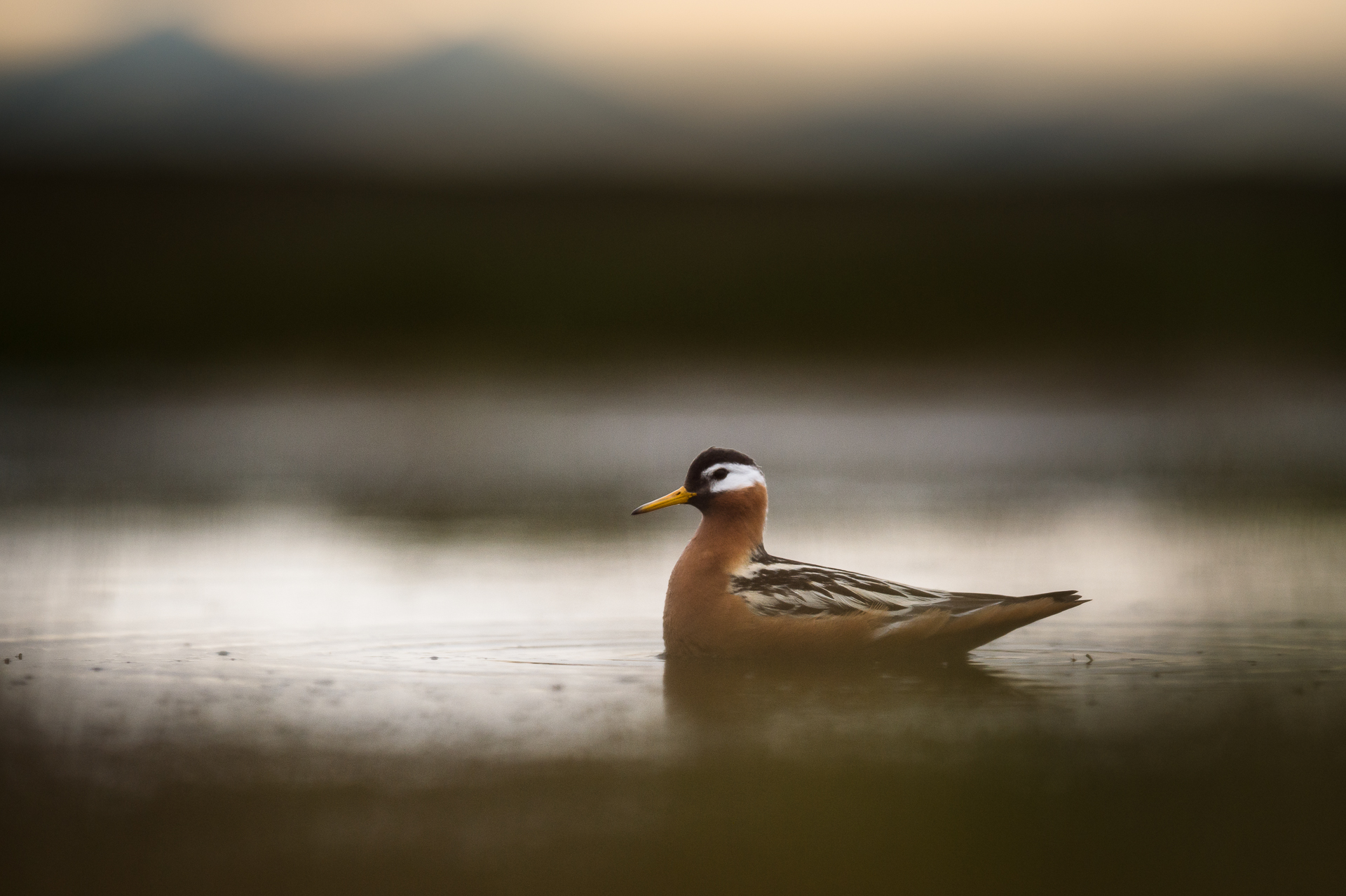 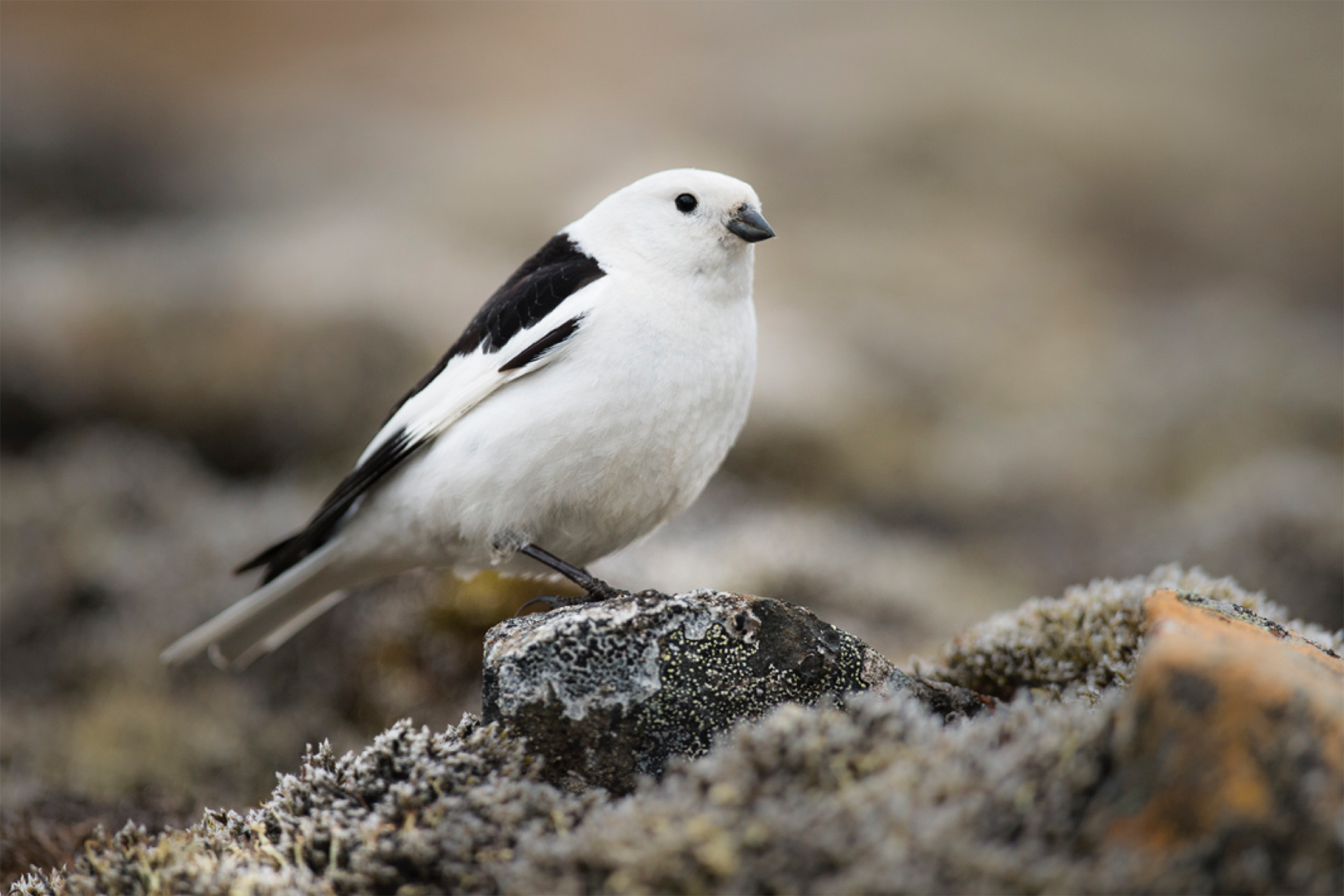 SNOW BUNTING
Snow bunting is the most northerly breeding passerine in the world, and is a common bird around the settlements on Spitsbergen. READ MORE