In addition to exportation data, the CITES trade database includes polar bear skin import statistics. The accuracy of these data depends completely on the accuracy of the reporting countries, which are not always precise. However, many destination countries do not register every import, making the comparison between CITES import and export data confusing and inaccurate. The polar bear skin import statistics presented below are derived from the quantity of skins the exporter reported as having been shipped to destination countries, rather than the number of skins the CITES database has registered as imported.

Polar bear skin imports 1975–2015
Japan, Denmark, China, Norway and the US were the five largest polar bear skin importers from 1976–2015, as illustrated in the figure above. These countries were the destinations for 10,762 skins, representing 71.6% of the international market. Greenland, with 196 imported skins, and Canada, with 78 skins, are not included because all but one of those skins were re-imports that had originated from the countries’ own shores.

The fur buyers in Japan had an insatiable appetite for luxury polar bear skins in the fourth quarter of the 20th century and beginning of the 21st. From 1976–2005 Japan imported 4,470 polar bear skins. Those skins accounted for 39.4% of the world market during that time. As the figure above illustrates, Japan received only 20 skins in 2000 and no skins at all from 2008–13. The Japanese skin import died out, and was taken over by Chinese polar bears skin buyers. 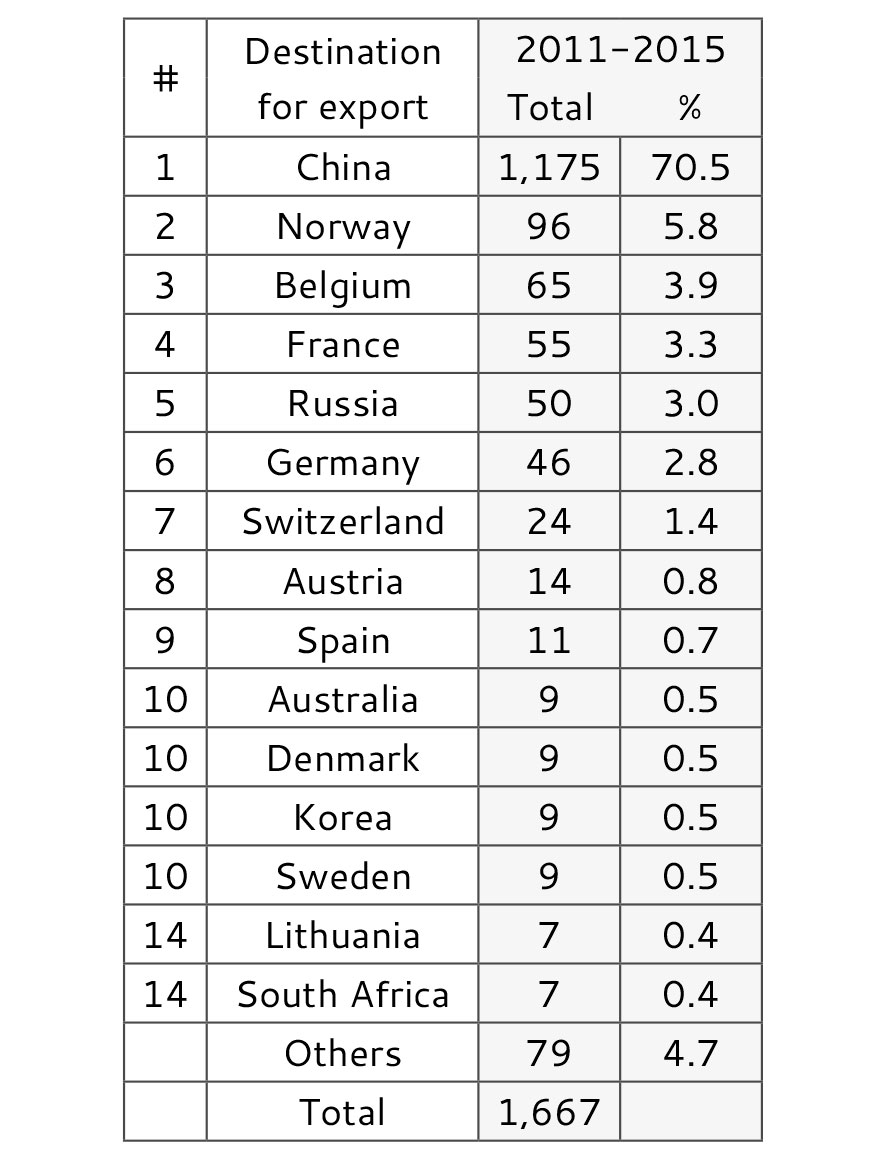