In recent years, later sea ice freeze-up and warmer winters have forced more ringed seals to give birth on top of the sea ice without proper cover. Their unprotected newborn seal pups are easy targets for polar bears and other predators, such as arctic foxes. At first glance this easy-access food source seems to be a good solution for polar bears in a warmer climate. 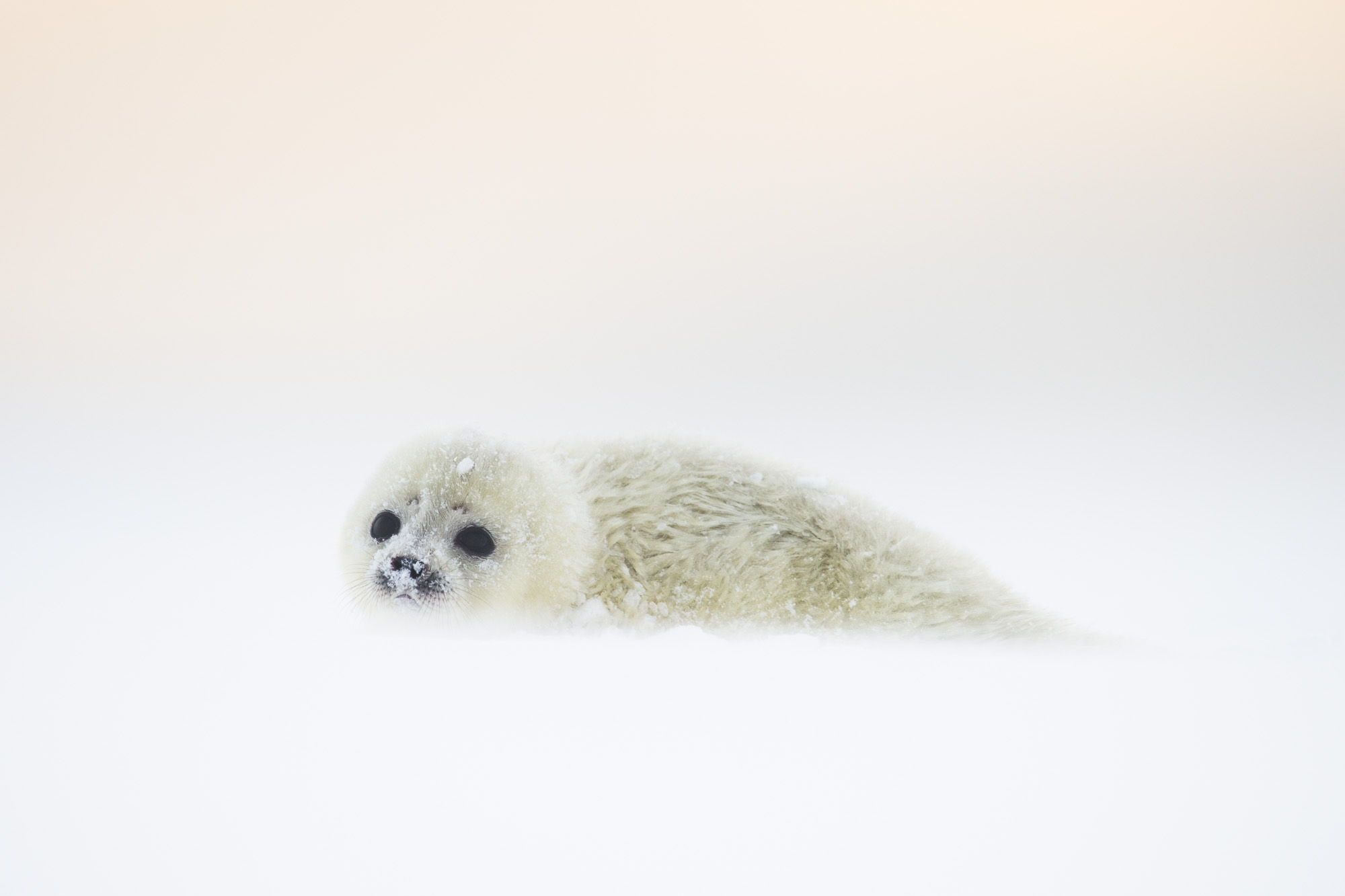 A newborn seal pup in late March or early April weighs 5–7 kg, of which only one-third is fat. By late May the same seal pup typically weighs 20–25 kg, 70% of which may be fat. Consequently, although newborn seal pups without proper cover are easy to kill, a polar bear needs almost ten times more small pups to achieve the same energy provided by one larger pup in May.

Access to unprotected seal pups may seem advantageous for polar bears, but the benefits may be short-term. Less nutrition is available per newborn seal pup, and increased predation may have a negative effect on the ringed seal population. Most bears probably accumulate up to about two-thirds of the fat they need to survive the entire year during the vital feeding period prior to sea ice break-up in early summer. This is an extremely important and intensive hunting period for polar bears.

With less and thinner sea ice during its maximum extent period between March and April, fjord ice in the most affected areas of the Barents Sea, along the western coast of Svalbard, is disappearing. Most of the fjords lack sea ice, requiring seals to change their behaviour or migrate to other areas. For example, given the absence of sea ice platforms, a recent study documented ringed seals hauling out on mudflats or stones, together with harbour seals. This could be a successful adaptation for adult ringed seals in some places, but small pups adapted to the dry cold of the sea-ice snow lairs will likely succumb to predation and thermoregulatory stress.