One of the most remarkable physical adaptations of polar bears is the ability to adjust their metabolism, or the energy required for maintaining vital bodily functions. In periods of food abundance, polar bears maintain normal bodily functions similar to other mammals, but when food supplies are scarce or absent the bears can lower their metabolic rate in just a few days. Whereas other bear species would starve to death, polar bears can survive for months without proper food. Described as walking hibernation, bears in this unique state are less active and asleep most of the time while their bodies conserve stored fat to stay alive. 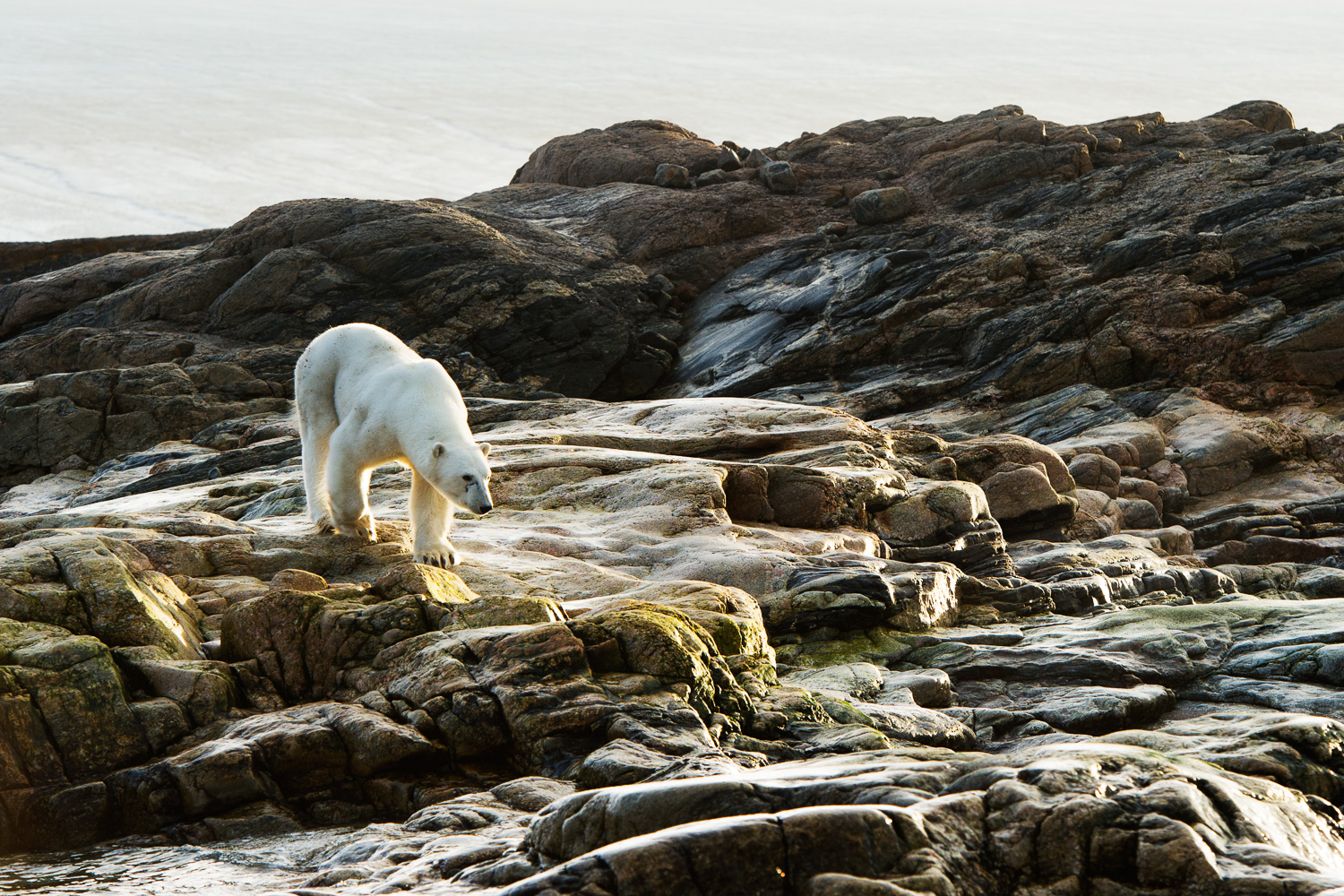 In the opposite situation, when food is abundant, polar bears have an incredible ability to gain weight. For example, a bear has a stomach capacity of 15-20% of its body weight and can eat for more than an hour. Accordingly, a large male weighing 500 kg or more can consume 100 kg of fat, blubber and meat in a single meal. In terms of digestive efficiency, polar bears can impressively assimilate 84% of the protein and 97% of the fat from their seal prey. Their ability to convert energy-rich blubber and meat to stored fat resources underlines the extreme importance of seals or other sea mammals to polar bears. The accumulated fat works both as a layer of insulation and stored energy for the starvation period.

Polar bears’ ability to adjust to the presence or absence of food is amazing. The ability to gain rapid weight with high efficiency and survive months of starvation with a low metabolic rate is necessary for surviving the extreme and changing conditions of the Arctic. These adaptations evolved based on a fat-rich diet of seals that no terrestrial food source can fully substitute.

The difference between hunting season and the end of the starvation period is most pronounced for pregnant female polar bears. After mating in the spring, gestating females typically starve through the ice-free summer and autumn months before entering the den for another 3–4 months without food. By the end of March or beginning of April, the mother emerges from the den, often with two cubs to feed. Typically, a female bear weighing 150–175 kg in spring must gain 100–200 kilograms of fat to succeed at pregnancy. 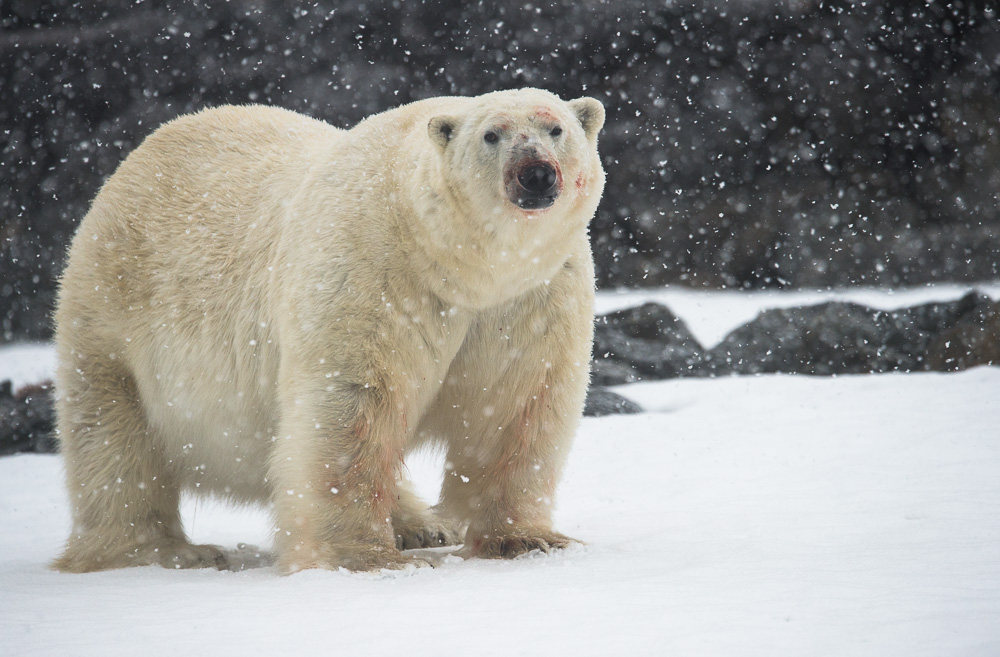