WHAT DO POLAR BEARS EAT?

Extreme conditions in the Arctic require extreme adaptations, and polar bears demonstrate a wide range of them. Polar bears are not just bleached brown bears with a northern distribution; they have specialised physical and behavioural features that make them the supreme predator of the Arctic, beaten only by humans. They not only survive in a frozen world of snow, ice and cold ocean – they thrive in and depend on this harsh environment – fueled on an energy-rich marine diet. 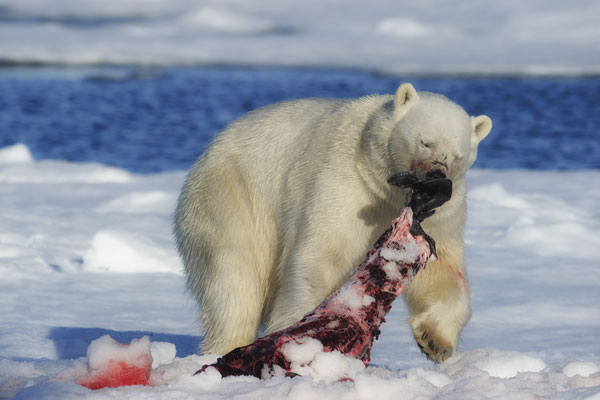 SEAL SPECIALIST
Polar bears have evolved physical adaptations and hunting skills that make them specialised for the kind of complex ice hunt seals with multiple breathing holes may necessitate. Ringed seals and bearded seals are the main pray for most polar bears, and the sea ice habitat is important for hunting them. READ MORE 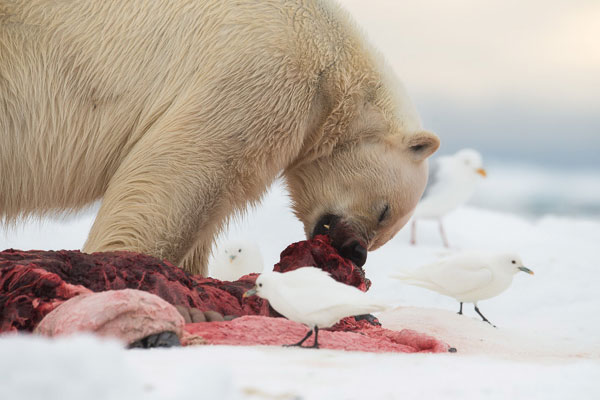 FEAST OR STARVATION
Polar bear can survive the summer and autumn months on limited food sources, or no food at all. This starvation is only possible if polar bears can gain enough fat during the seal-hunting season in March, April and May, and reduce the body metabolism to burn as little fat as possible. READ MORE 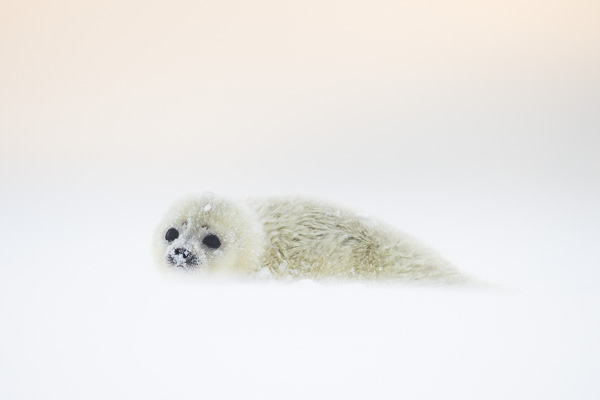 INCREASED PREDATION ON SEAL PUPS
Less and thinner sea ice in the Arctic force many ringed seals to give birth on the top of the sea ice, instead of inside a sheltered lair covered by ice and snow. These unprotected seals are easy targets for hungry polar bears in spring, but is it a reliable and important food source for the bears?READ MORE 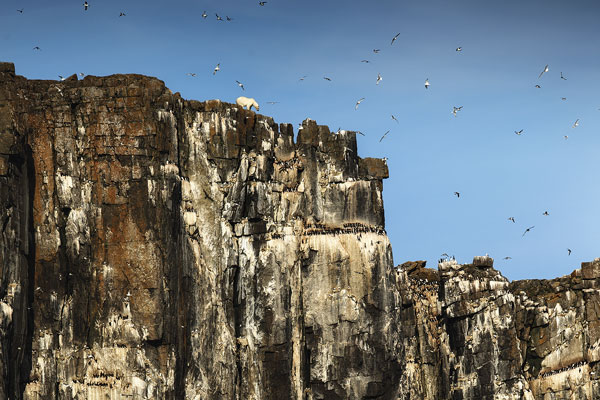 LACK OF ALTERNATIVE FOOD SOURCES
The polar bear is a specialised predator of seals in the ice-covered Arctic seas. When the polar bears time in their preferred sea ice habitat is decreasing they have to explore and adapt to new food sources. Is it possible to fully substitute a seals to terrestial food sources? READ MORE