THE IMPORTANCE OF SEA ICE

The presence of sea ice stabilises the climate by acting as a barrier between the underlying ocean and the atmosphere, thus limiting the amount of solar energy absorbed by the earth and preventing oceanic heating. This layer of ice also provides habitat for animals – like the polar bear – with extreme adaptations to live in this hostile environment of snow and ice. 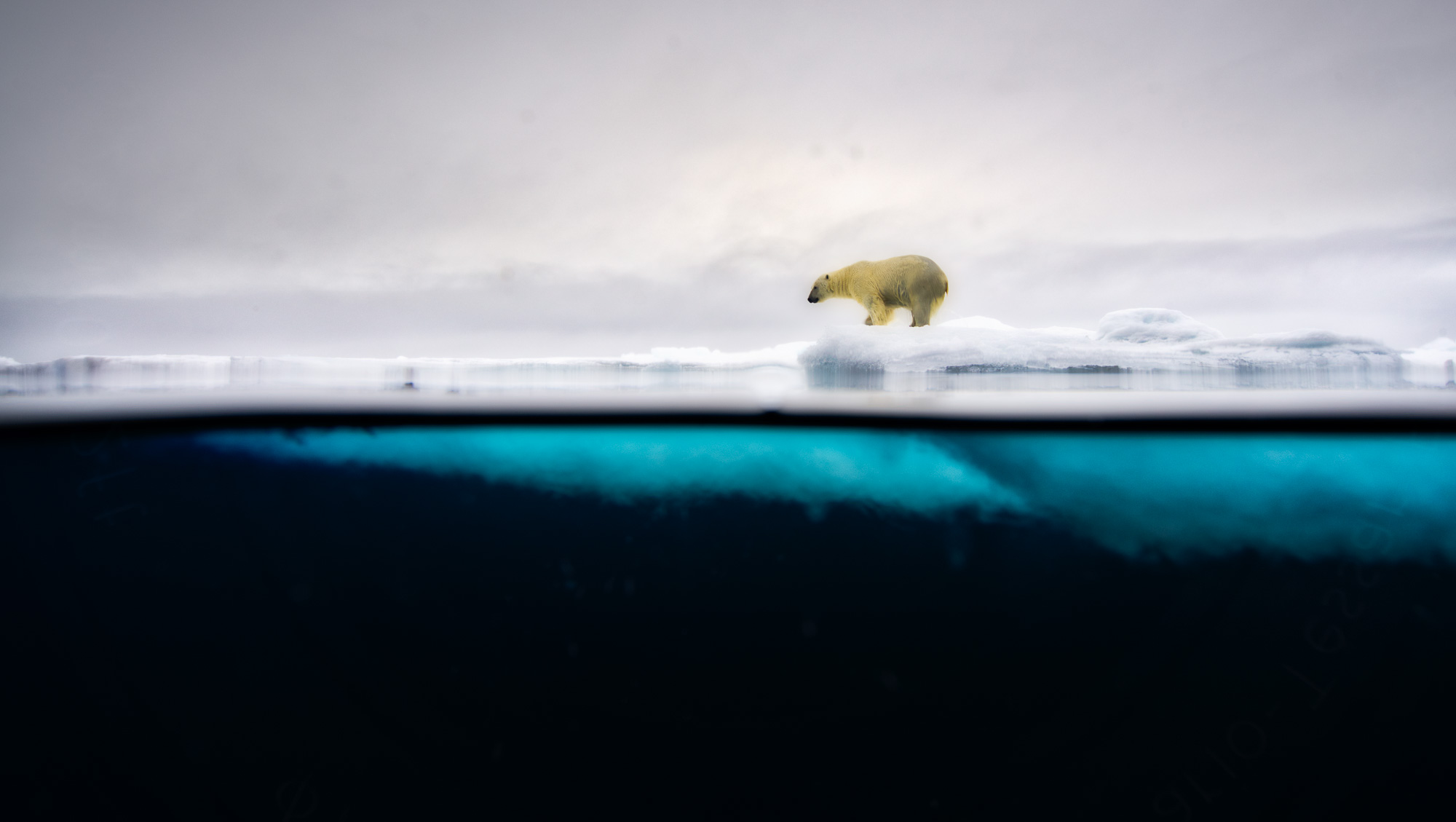 A platform
Both the surface and underside of sea ice are important for polar bears and other ice-dependent animals. For polar bears, the surface of sea ice provides a platform for long-distance movement, resting, mating, denning and accessing their primary prey, ringed seals and bearded seals. Polar bears are slower and less agile swimmers than seals and unlikely to catch them in the open water. A lack of sea ice thus restricts polar bears to less accessible, fat-poor terrestrial food sources.

The underside of sea ice has great importance for the entire Arctic ecosystem. A biologically rich world of algae, phyto- and zooplankton, fish and other organisms lives underneath sea ice. When the sun penetrates the ice 24 hours a day in the summer, these communities grow rapidly and provide food for invertebrates and fish. Arctic fishes and large invertebrates are the main prey of ringed and bearded seals, which polar bears hunt from the sea ice surface. Therefore, the importance of sea ice to the plants and animals of the Arctic ecosystem cannot be underestimated.

The importance of spring ice
Sea ice reaches its largest extent in March and April, when landfast sea ice forms in fjords and bays. This is the time when ringed seals give birth inside lairs dug into snow drifts that have accumulated over their self-maintained breathing holes in the sea ice. Broken blocks of glacier ice or pieces formed by pressure ridges can accumulate enough snow to secure seal lair construction.

In areas like the Svalbard Archipelago, female polar bears with cubs prefer inshore, landfast ice during spring if available, and they spend a lot of their time near glacier fronts. Their preference for landfast ice in springtime is linked to ringed seal breeding biology, which provides polar bears with access to prey. Moreover, the ice itself forms a stable platform for polar bear cubs.

Glacier fronts in the Canadian Arctic are uncommon, except along the eastern coast of Baffin Island. But in Canada, polar bears prefer pack ice with snow drifts along pressure ridges that may be located far offshore. Such pressure ridges give good snow cover for ringed seal lairs and provide prime hunting grounds, especially for female polar bears with cubs. Accordingly, when seals are abundant in the spring, polar bears do not need to move long distances to hunt, which is particularly important for young cubs.

Spring ice in the southern extent of polar bear home range is usually above shallow, nutrient-rich water. In summer, ice break-up – when sea ice starts to melt – causes the edge of sea ice to retreat north. Many polar bears do not have access to sea ice and seals during open-water periods in summer and early autumn; successful feeding in spring is thus crucial for surviving the following starvation period.