Satellite images of Arctic sea ice extent use a threshold value of 15% ice cover to determine whether sea ice is present or not. For polar bears, 15% sea ice coverage is not desirable, and it is very rare to see any polar bears in areas with such a low sea ice concentration. However, in late autumn, polar bears move onto the sea ice as soon as it reaches a concentration of 50–70% or higher. 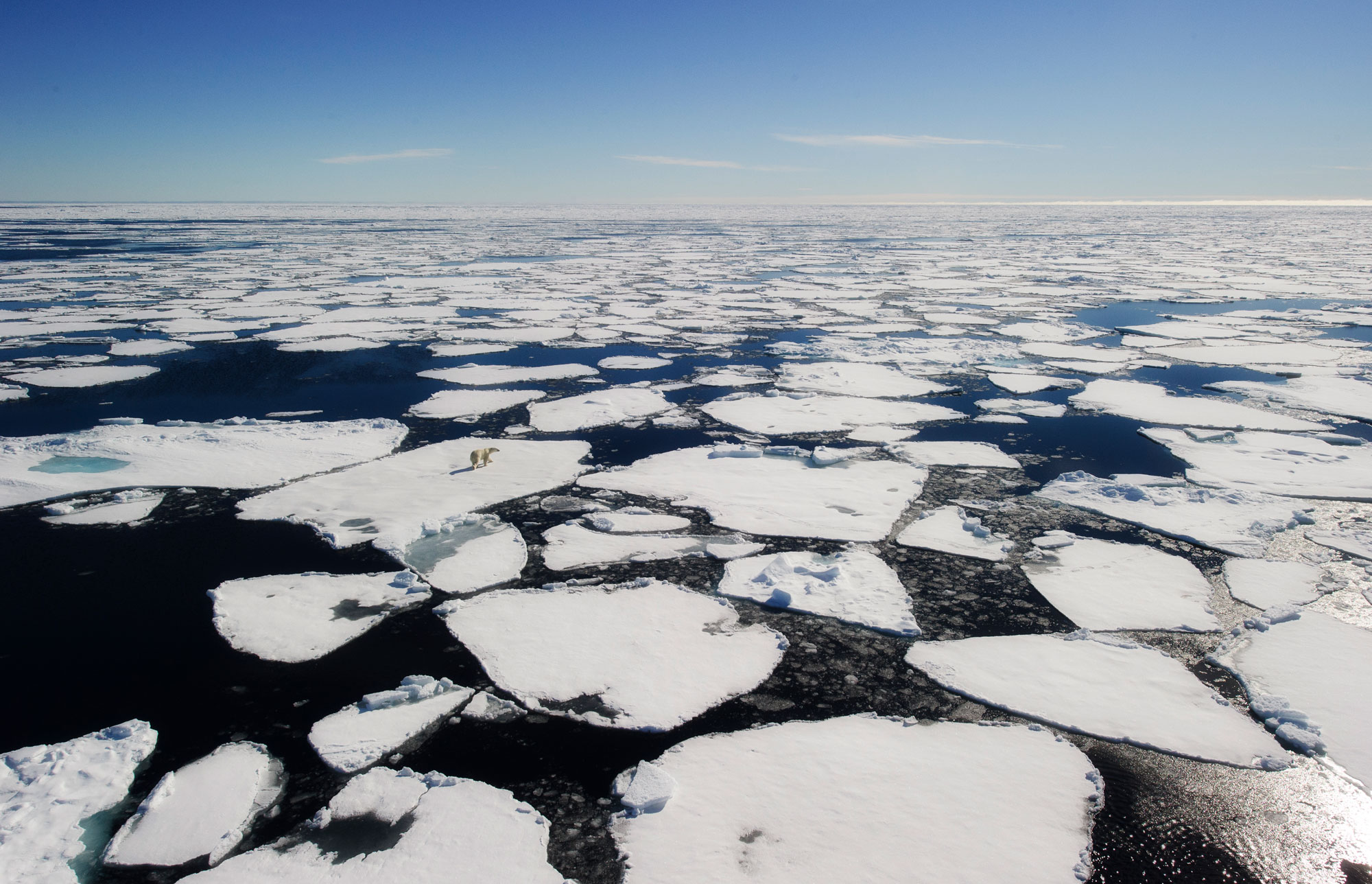 Polar bears use small ice floes 20–500 m in diameter in the early autumn but shift to larger ice floes as they become available later in the year. As more sea ice freezes, polar bears move toward areas with 100% concentration of sea ice that is at least 10–15 cm thick. In spring, polar bears still prefer 80–100% sea ice concentration, but in June and July when the sea ice starts to break up, the bears prefer landfast ice and smaller floes if available. Overall, studies have revealed that polar bears prefer at least 50% sea ice cover.

Life along the ice edge
After sea ice break-up in early summer, the ice extent retreats and seals on landfast ice in fjords and bays have to follow the ice northward. Seals are not evenly distributed on pack ice but concentrated along ice edges, at the boundary between open ocean and pack ice. The ice edge is a rich habitat providing both seals and polar bears with access to food.

A study conducted in the Beaufort Sea recorded the movements of 627 polar bears and found 514 of them located near the ice edge or along pressure ridges, indicating the importance of the ice edge to polar bears. Because bearded seals are too big for smaller polar bears to capture, large males typically occupy this habitat.