Day 1 – 7.7.2020  After a very difficult winter and spring with hard work and patience we were thrilled to get back to Svalbard for our first photo expedition. At the time we were the only expedition ship up there and our guests were only Norwegians, as most of the world was still closed and other nationalities could not enter Norway without a quarantine.

In the afternoon we left Longyearbyen and sailed south with a very excited group of photographers. 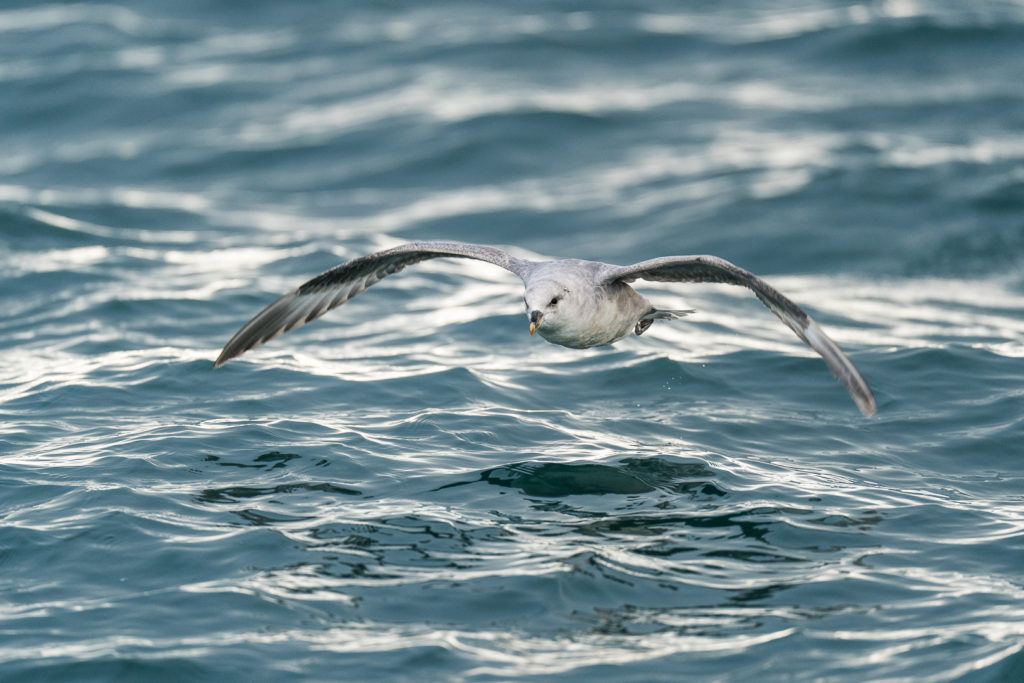 Day 2 – 8.7 2020  Leaving The first morning we woke up in Hornsund. We spent some time in the different fjordarms searching for wildlife. Bearded seals and Ivory gulls were spotted along the glacier, as well as King eider in the protected bays. Some tracks from Polar bears were seen. The stunning landscape captivated everyone onboard and spent some time photographing it from the ship. During the afternoon we started moving further south and around the south cape, to the east side of Spitsbergen. 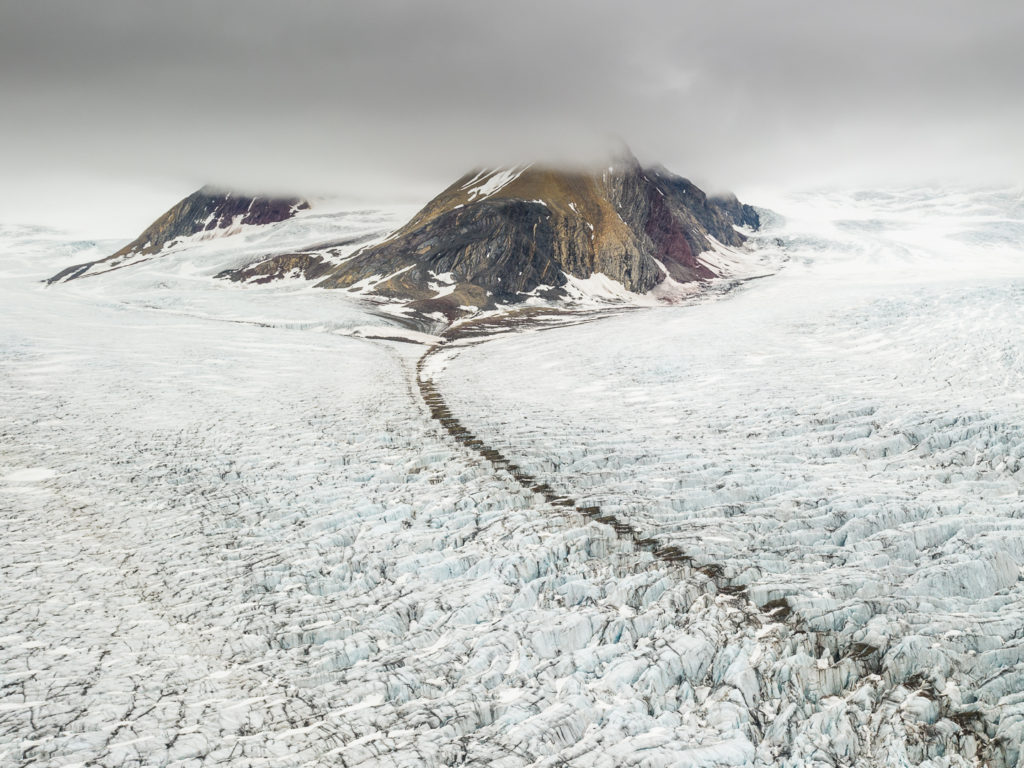 Day 3 – 9.7 2020 The day was spent in the Storfjorden area where we spent time scanning some of our «secret spots». There was a lot of birds in the area and at some point there was a steady flow of Ivory gulls heading north towards breeding grounds.

All the way north in Storfjorden we found ice and started scanning the area near Negri glacier. Among the massive blue icebergs found in this area we saw several beautiful Ivory gulls feeding on crustaceans and Polar cod, alongside Glaucous gulls and Kittiwakes – only to be interrupted by Arctic skuas trying to steal their catch. 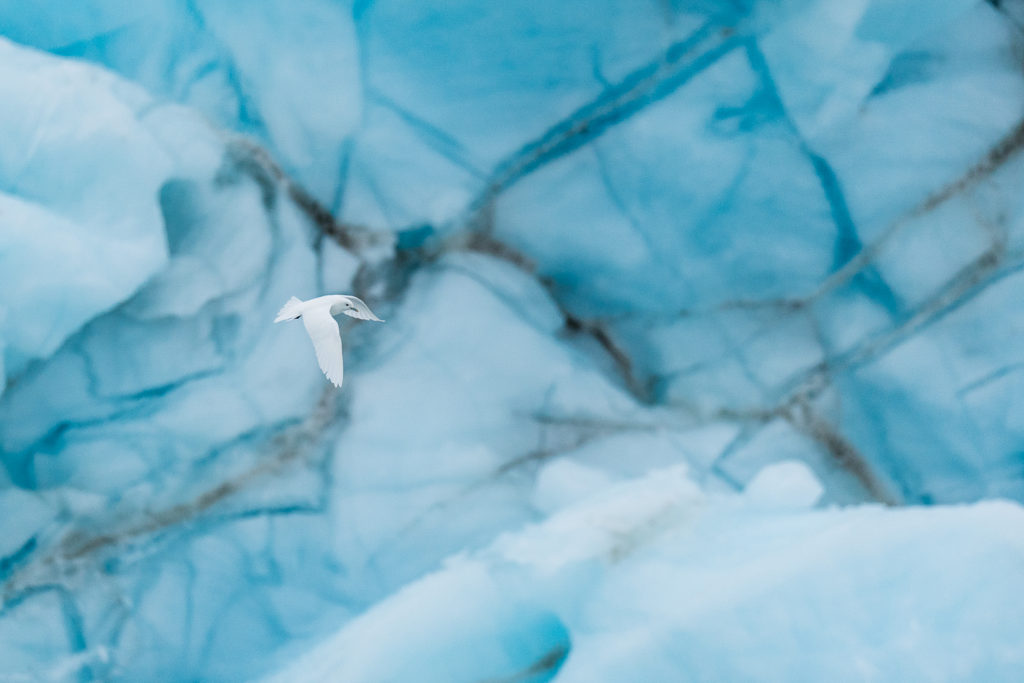 Day 4 – 10.7 2020  Just passed midnight we had our first Polar bear encounter of the season. It turned into a very special meeting with a female and her two small cubs. We watched them from afar as they engaged in play, while mother was resting on the ice. After a while she got up and started moving in the direction of our ship. Unlike most Polar bear mothers she was curious and her cubs even more. It was almost as they were welcoming us back to the Arctic as they were standing on their hind legs. After investigating our ship they turned to the north and walked slowly away over the broken ice. 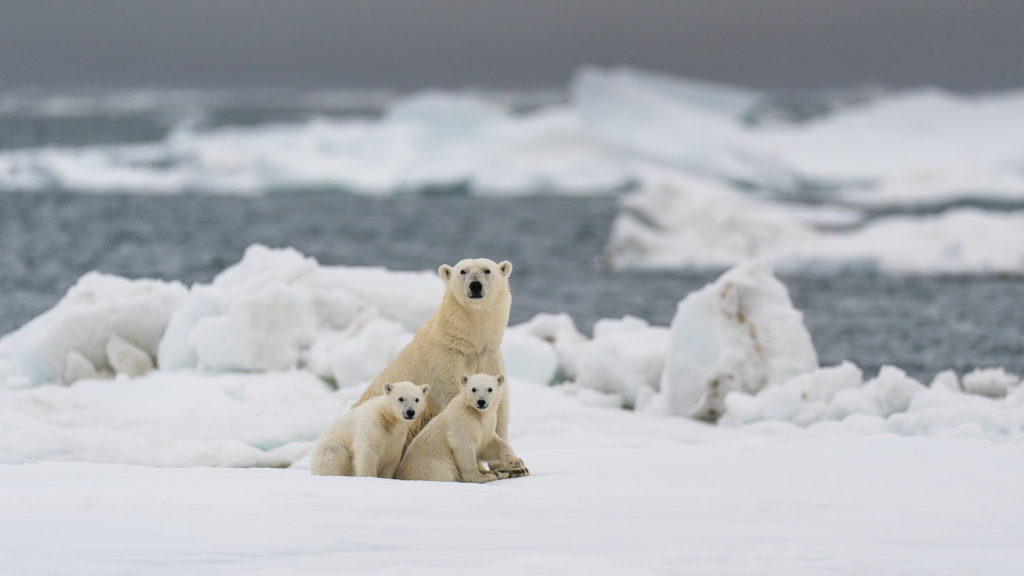 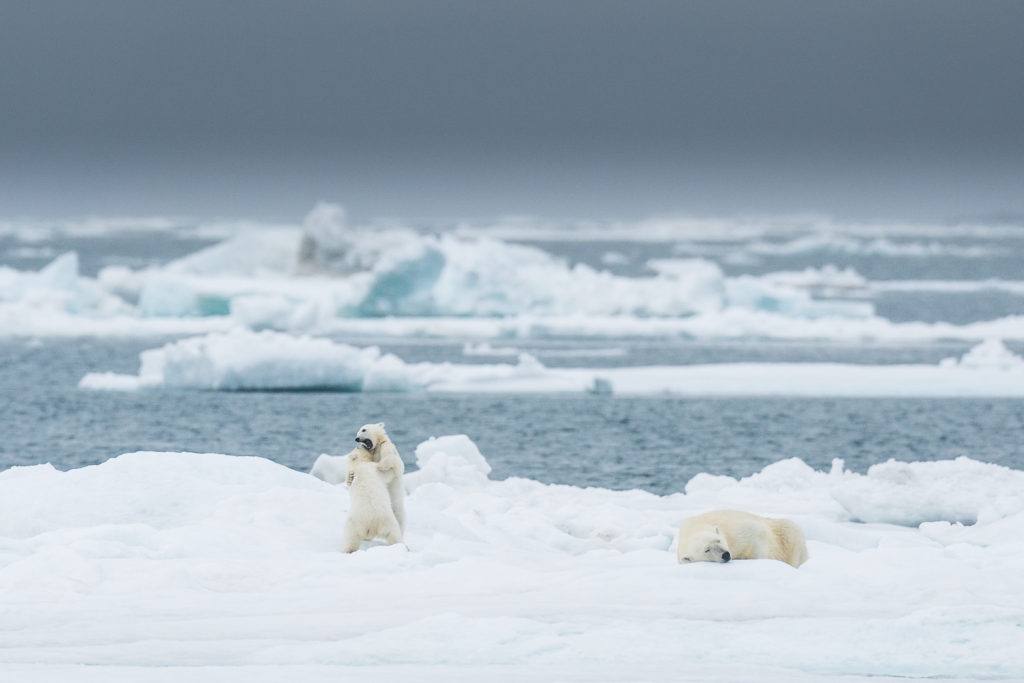 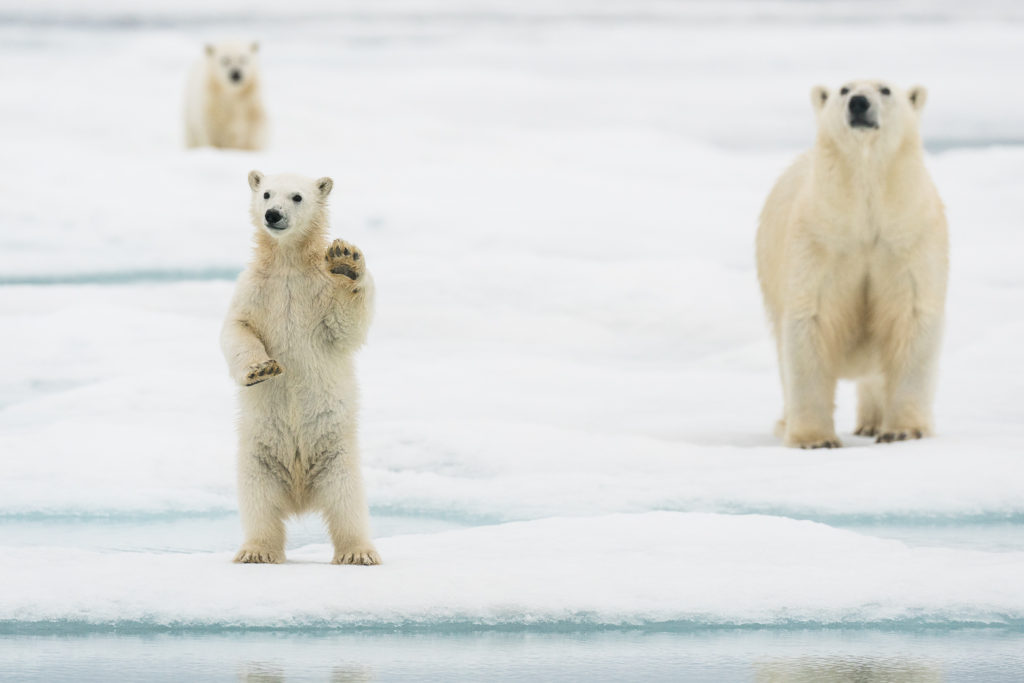 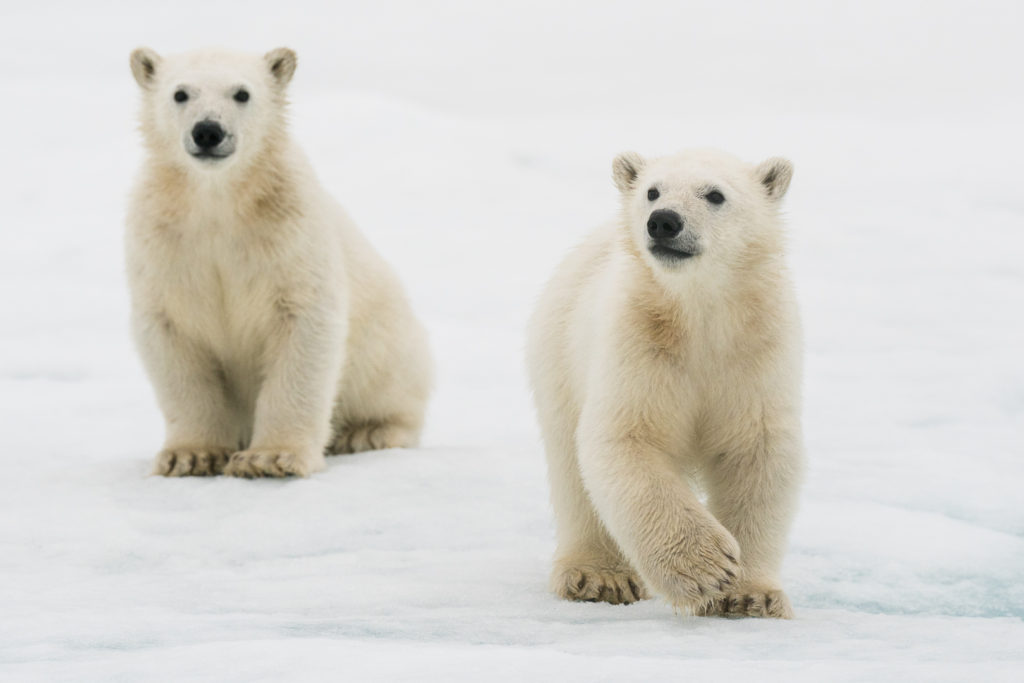 The two cubs were healthy and unusually curious for their age. After a short visit they walked off on the frozen fjord. Sony A9ii with 600mm, 1/400 sec, f/6,3 and ISO 1250 (c) Roy Mangersnes

The rest of the day was spent in Storfjorden as we visited the many smaller fjords in the area as well as the infamous Heleysundet, know for its strange currents. Here we were met by a «river of ice» that forced us to turn around and head down towards Freemansundet. We spent the night in the ice.


Day 5 – 11.7 2020  The morning was spent searching the ice, but fog, wind and currents made it very difficult to navigate. We had to change to plan B and headed into sheltered areas west of Edgeøya. In the evening we did a zodiac cruise and had an encounter with a large male Polar bear a few hundred meters away from the beach. We also photographed a great number of seabirds and also beautiful landscaped covered by fog rolling over the mountains. 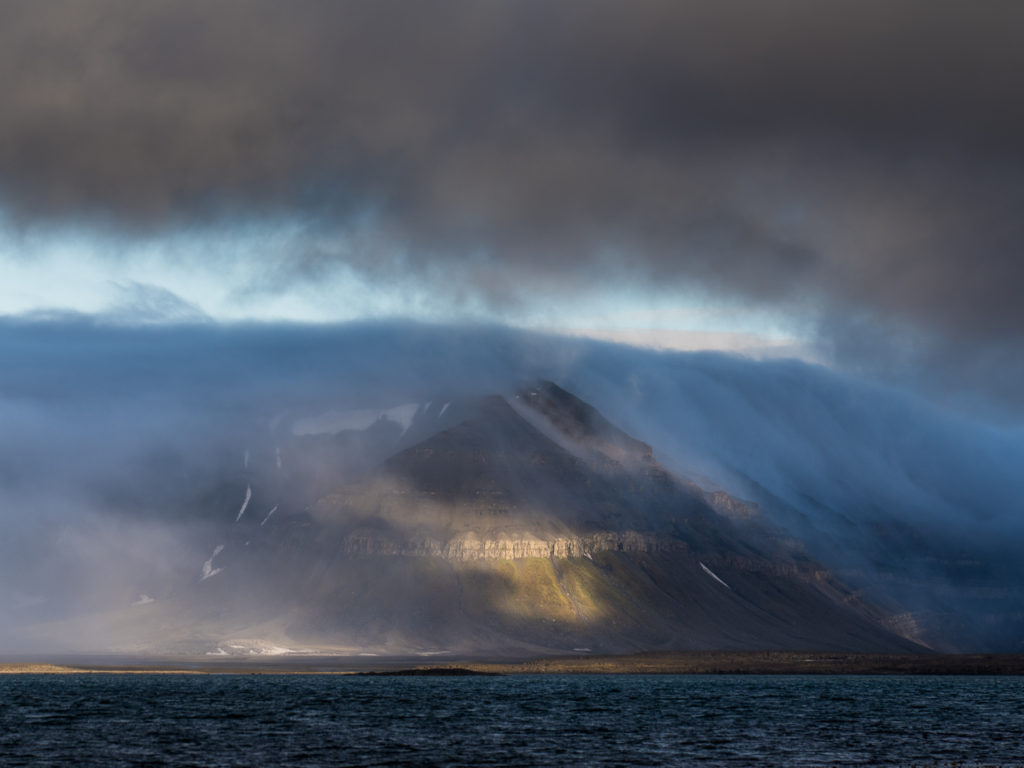 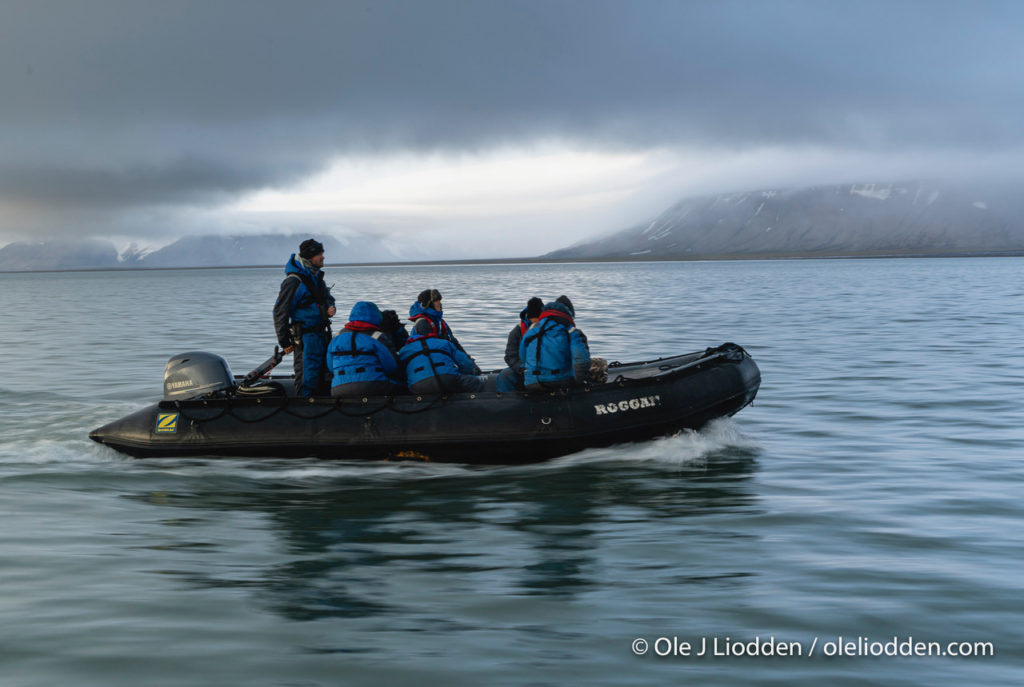 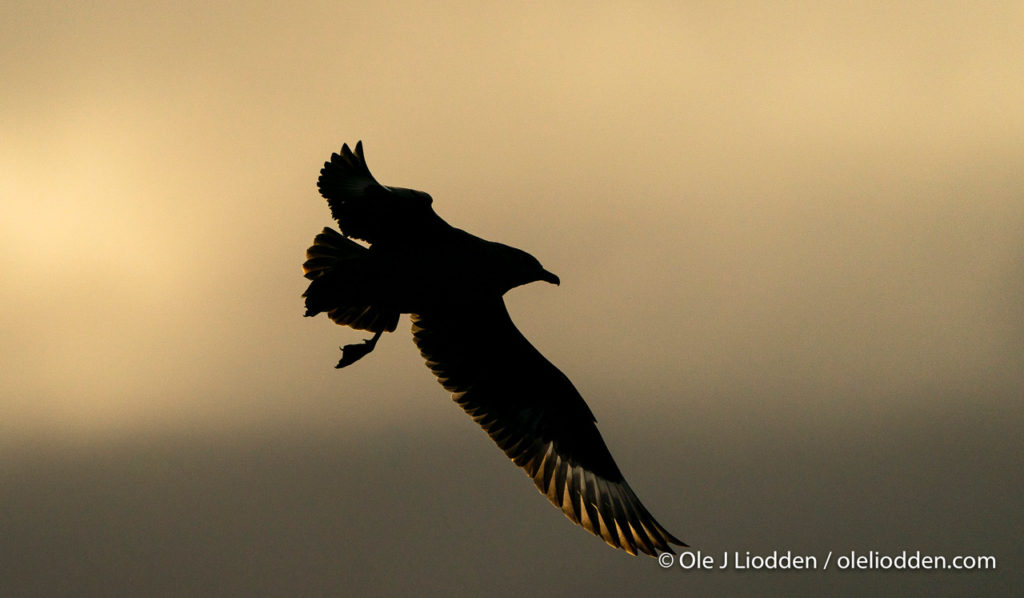 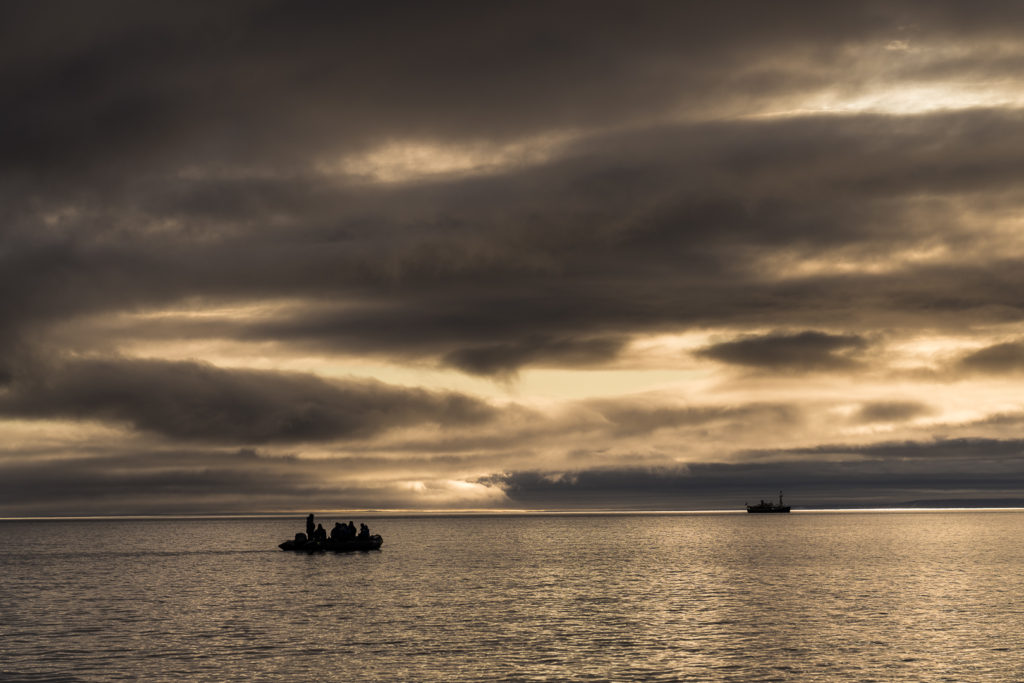 Day 6 – 12.7 2020  Early in the morning we entered ice south of Edgeøya and discovered a mother Polar bear and her large cub. The light was beautifully soft and the animals were moving slowly through the broken ice. 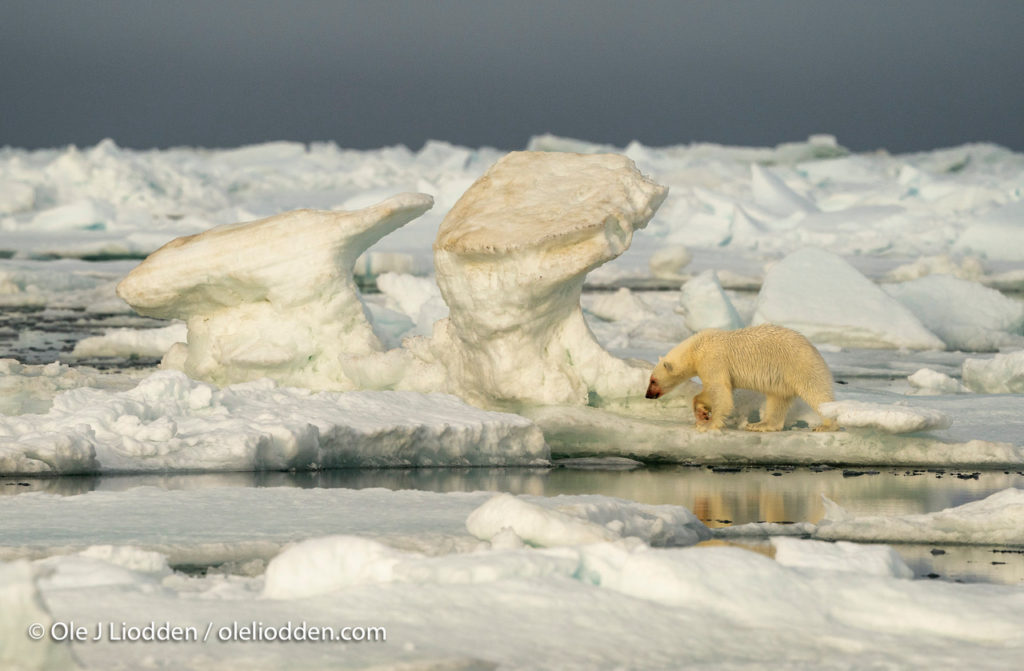 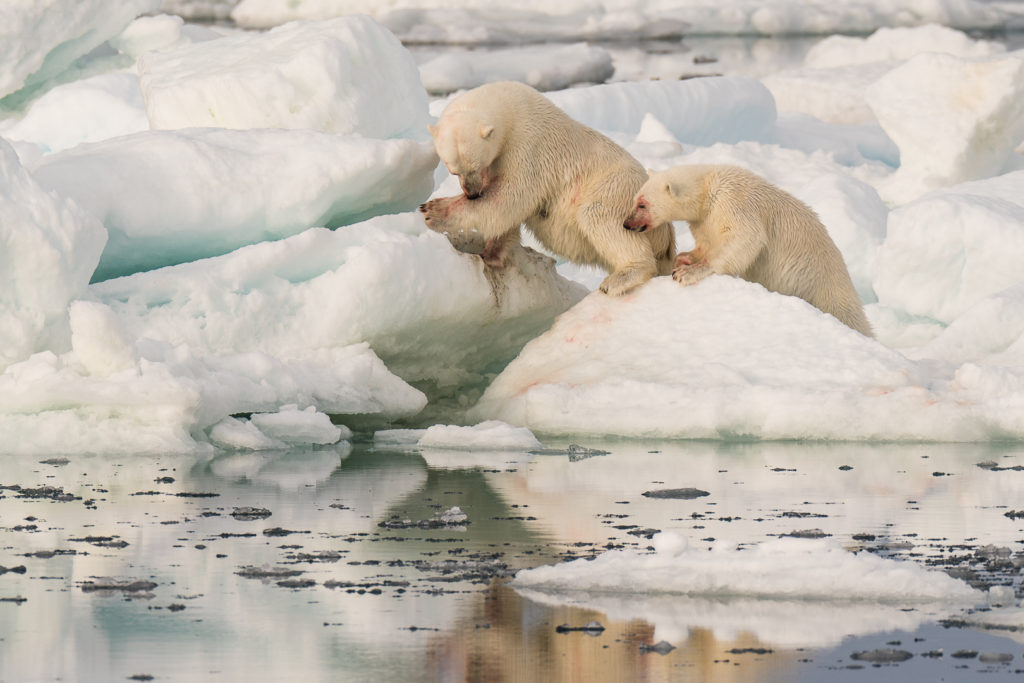 During the morning fog started coming in and reduced our visibility again. Therefor we stopped in the ice to enjoy breakfast and wait for better conditions. In the afternoon it started lifting and we continued our cruise in the ice, observing Bearded seals, Harp seals, Minke whales and Walrus in and around the ice. 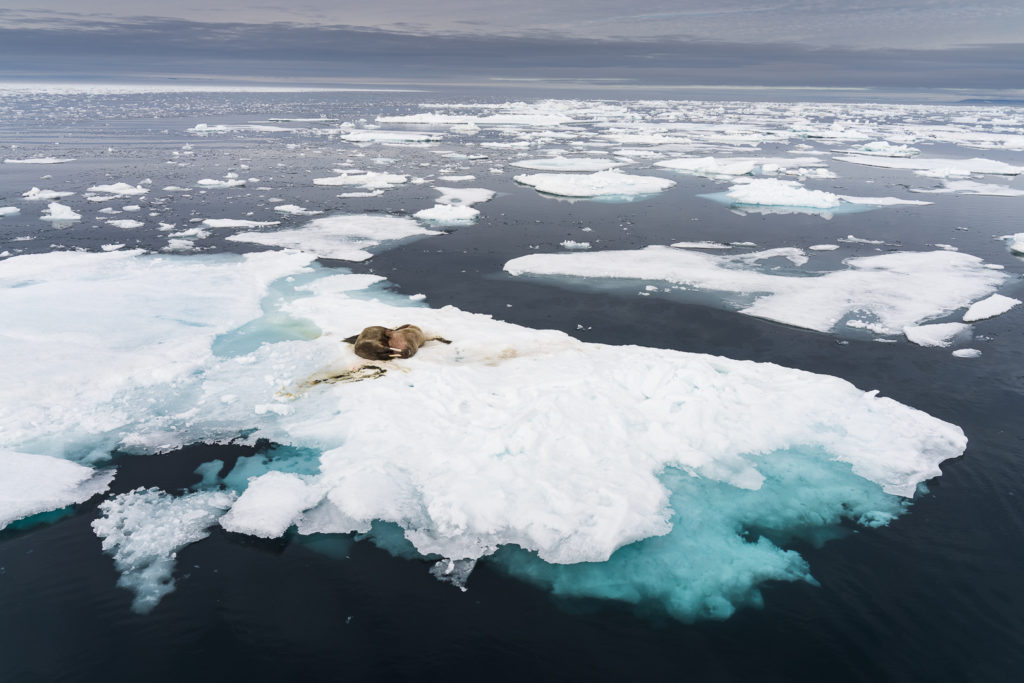 In the evening we spent some time with a Humpback whale before a Polar bear all of a sudden came swimming from the open ocean. It arrived at the ice and climbed up with a small seal in its mouth. We watched and photographed as the bear enjoyed its meal, and we enjoyed another great meeting with the King of the Arctic! 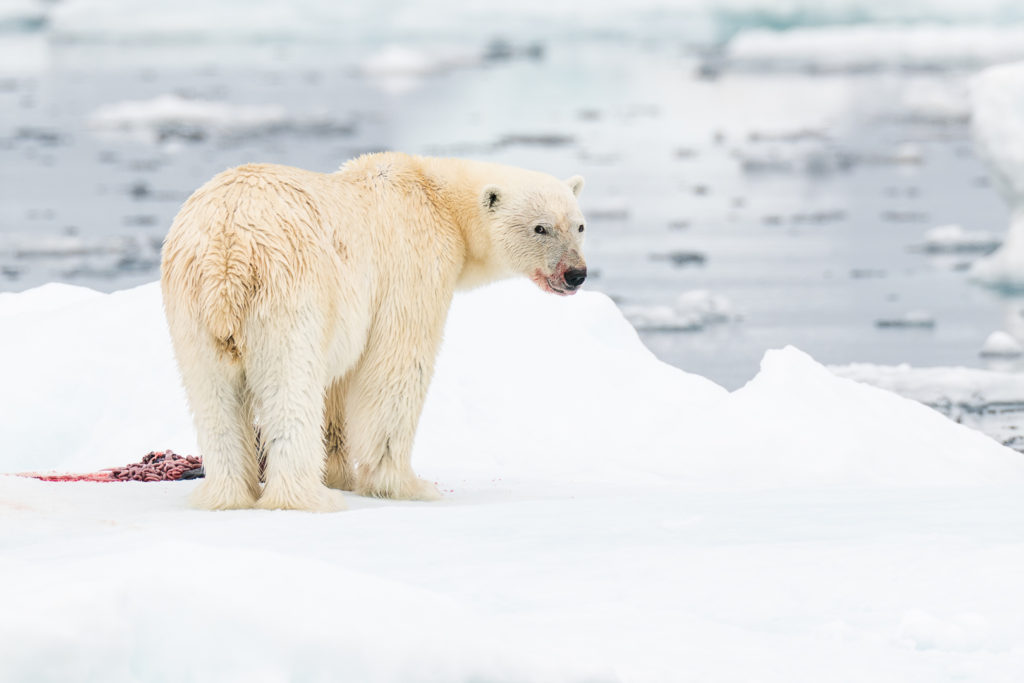 Day 7 – 13.7 2020 During the night we travelled south and around South cape again and did another attempt in Hornsund, this time on the northern side. Here we had a stunning ship cruise before dropping our zodiacs. We spent quite some time photographing icebergs and birds with stunning backdrops before making a short landing. It was a beautiful day and we used to the fullest before sailing north along the west coast of Spitsbergen in the night. 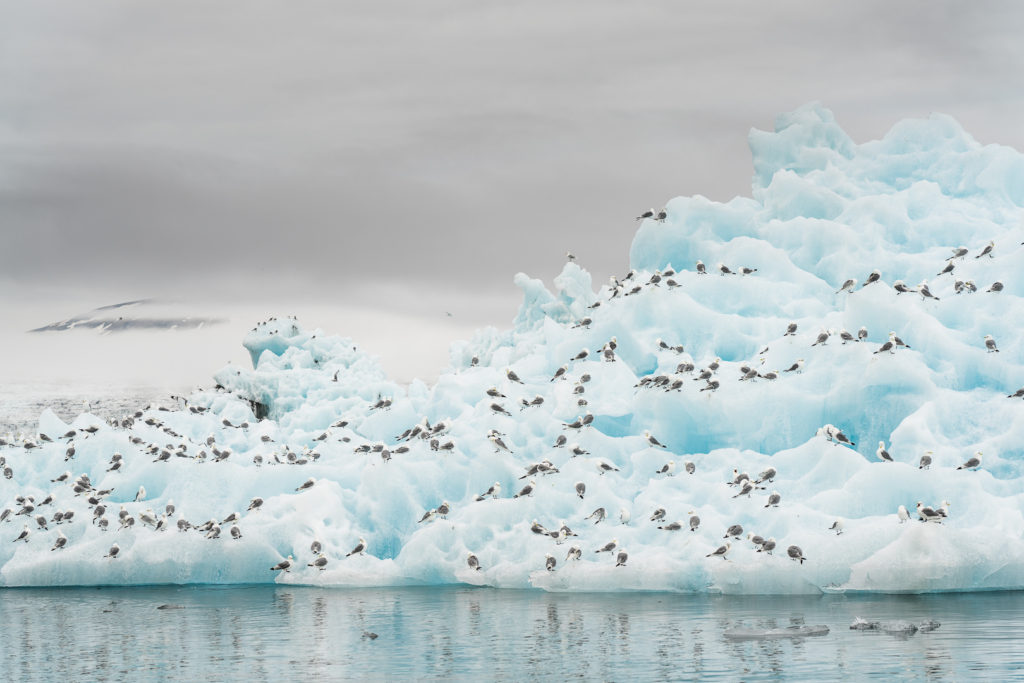 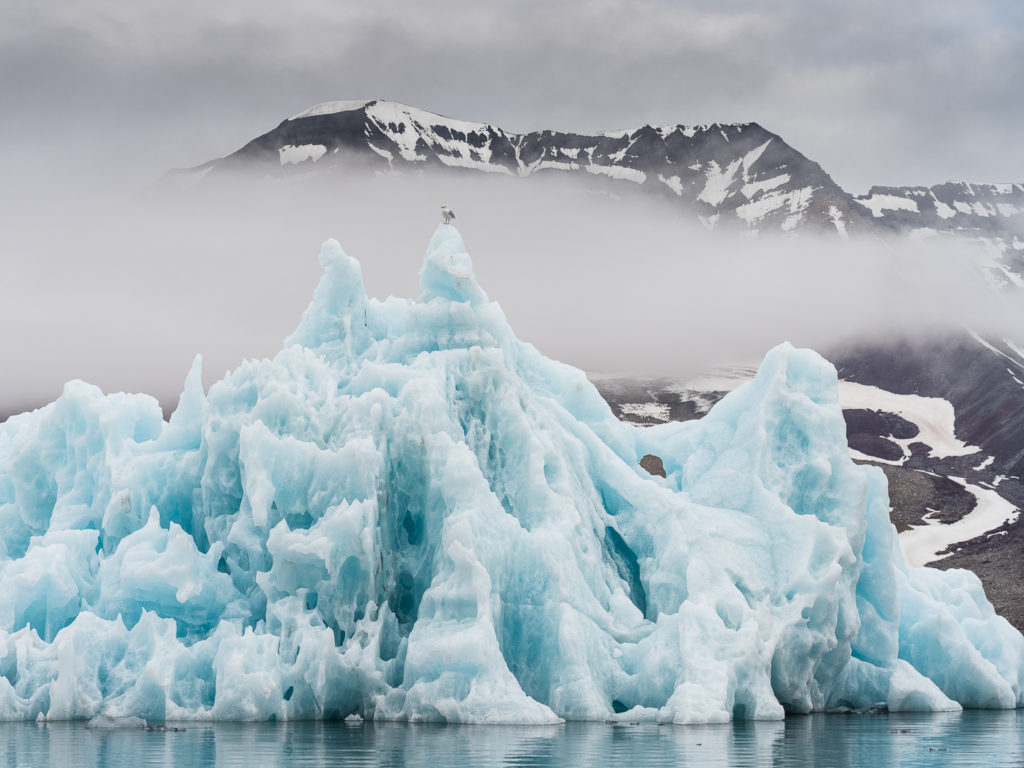 Day 8 – 14.7 2020 We started the day with a nice landing in Isfjorden were we came across some Arctic foxes and Svalbard reindeer. Both the fox cubs and also the reindeer gave us a good show and everyone was making sure to capture these species that we hadn’t encountered previously on our expedition. 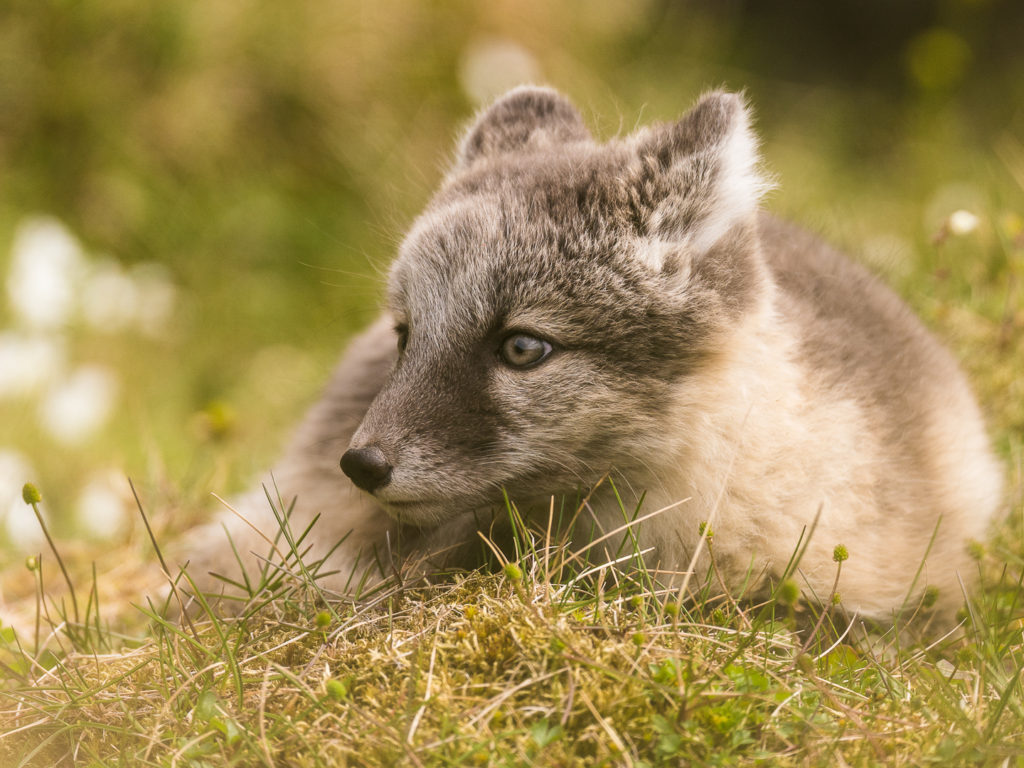 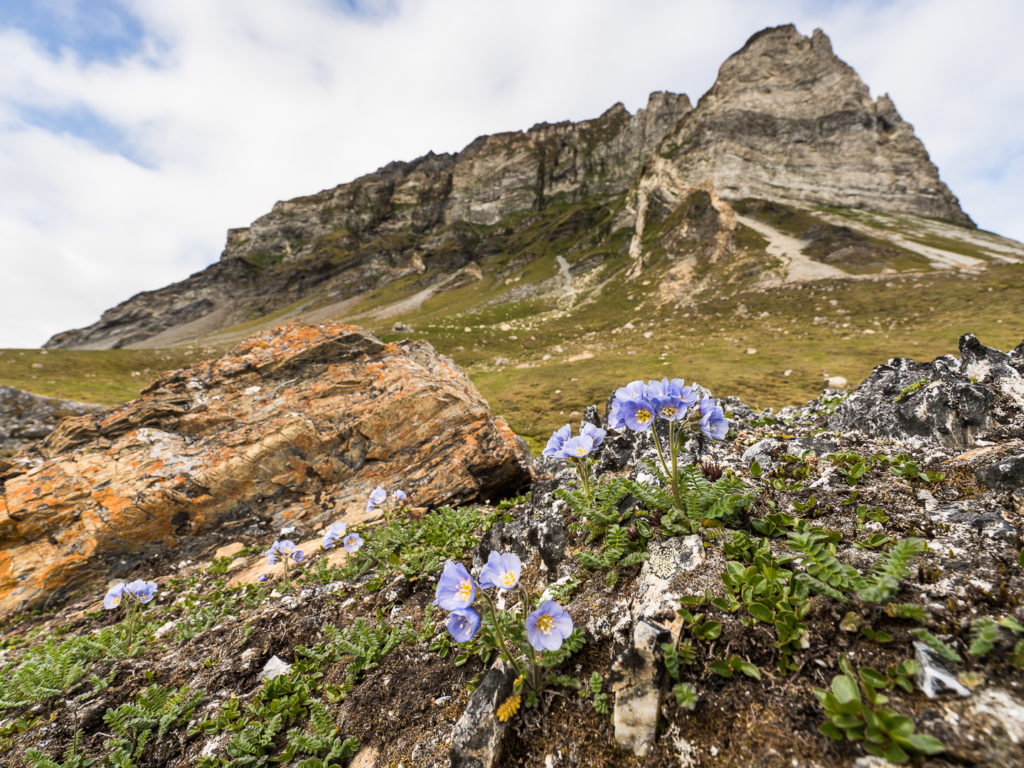 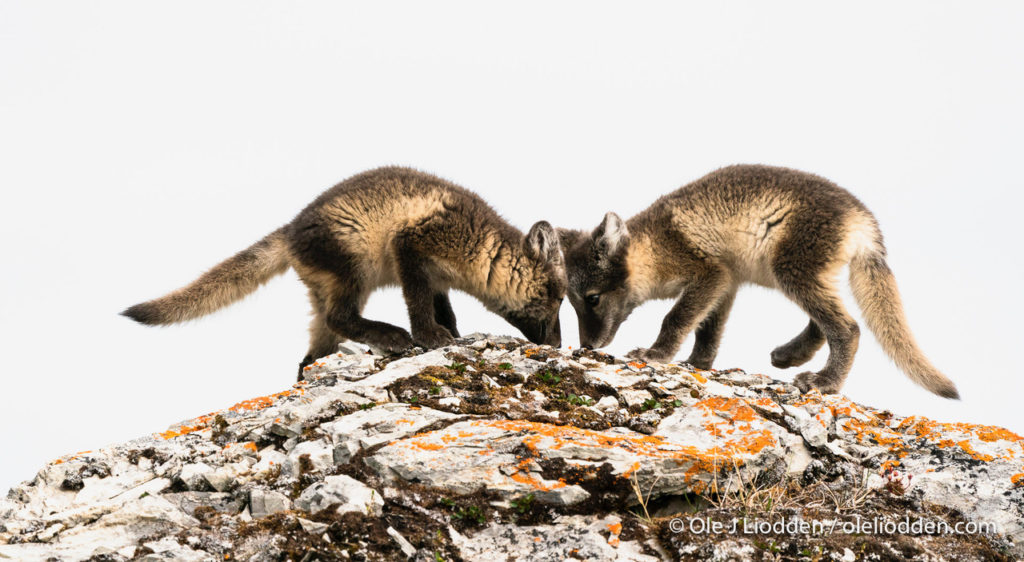 After lunch we continued into Isfjorden and did our last zodiac cruise. The glacier was very active and there was a lot of ice in the area. We got the opportunity to photograph King eiders and even a small group of Walrus hauled up on the beach, before returning to a great Captains dinner and steaming towards Longyearbyen for the night.

Our first Svalbard expedition of 2020 was a great success, and we thank both guests and partners for trusting us in providing a safe expedition in these difficult times!