Day 0 – 25.03.2016 For our second Svalbard Winter expedition, hosted by Roy Mangersnes and Martin Enckell, we made sure to arrive a day early to make sure all was set for our departure. The evening and morning was spent in the field shooting Arctic Fox and Ptarmigan in their white winter coats. 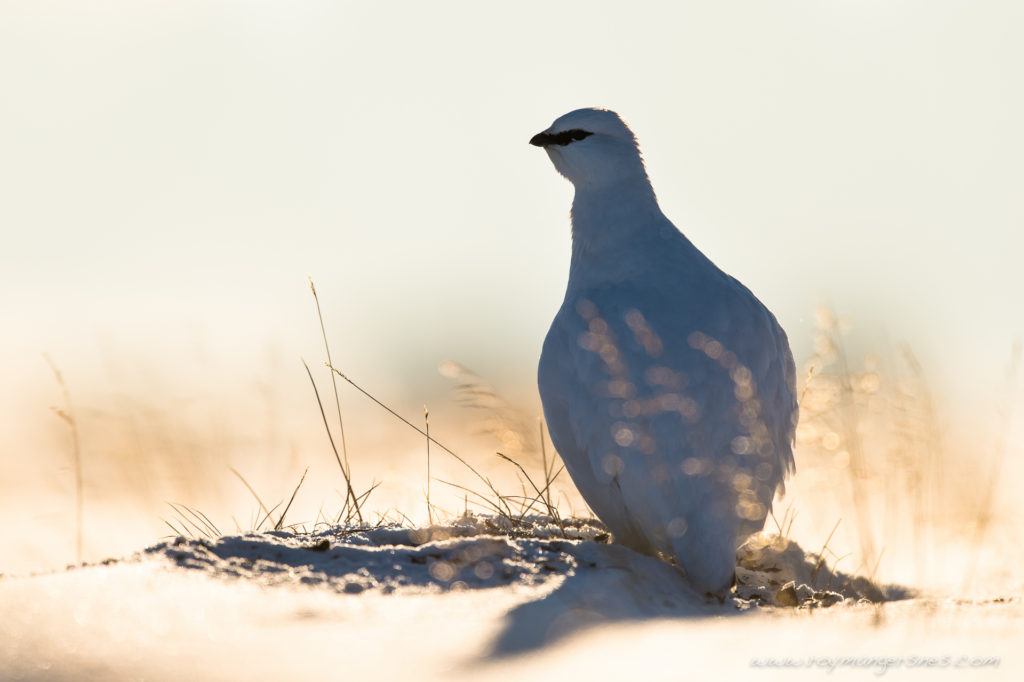 Day 2 – 27.03 2016 First morning  we headed south to Bellsund, to cruise in Van Mijenfjord. The fjord ice had broken apart letting us move far into the fjord without breaking ice. The conditions were perfect for landscapes as the ice made some increasable patterns as we passed. Late in the evening we headed to Rechechefjorden to spend the night and as the light were fading we spotted our first Polar bear swimming in front on the fjord ice. 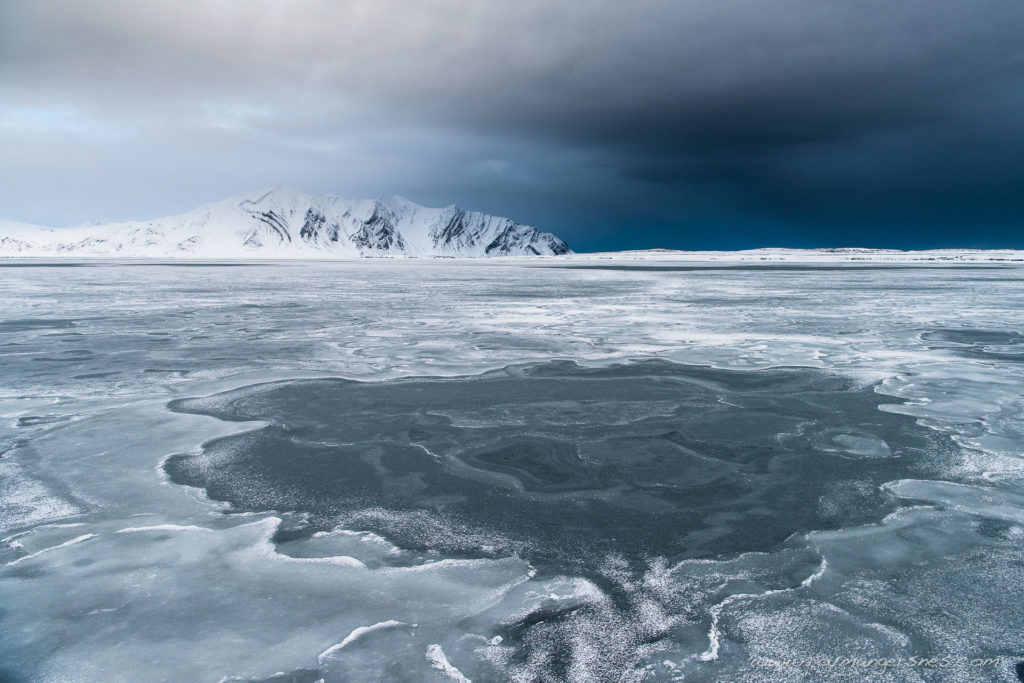 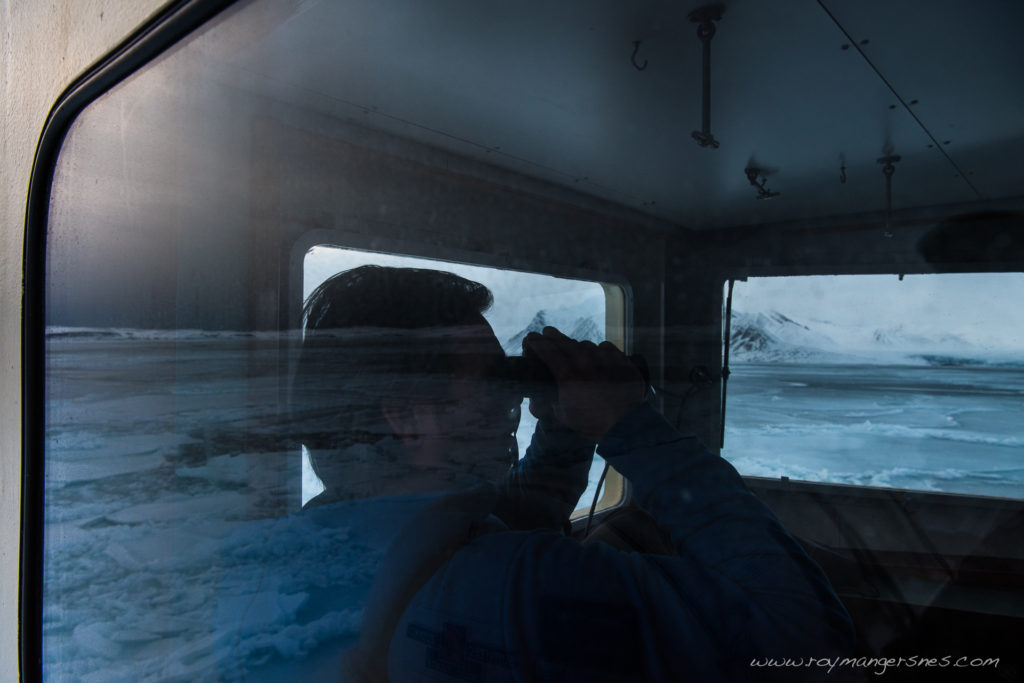 Day 3 – 28.03 2016 Next morning the bear was gone but the surroundings were stunning with new ice forming around the ship. We moved towards Van Keulenfjorden and pretty soon found a second Polar bear resting on the ice. Eventually he stood up and started moving along the shore and we had our first close encounter with a winter Polar bear.

During the night we moved north and were surprised to see three Orcas in Forlandsundet, our first ever sighting on Svalbard. 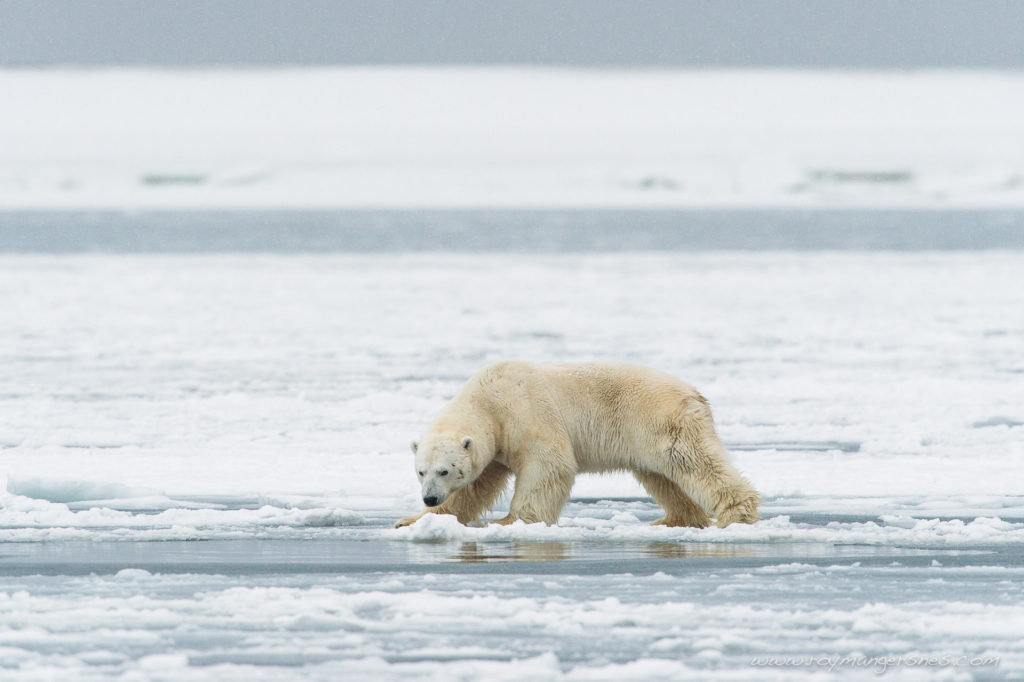 Day 4 – 29.03 2016 In the morning we left the northwestern corner of Spitsbergen and headed for the ice. Passing 80° North in heavy swell without seeing any ice on the radar we decided to turn around and move east to Woodfjorden. We later learned that the ice had moved extremely far north and our journey would have taken us to record latitudes.

In the afternoon and early evening we sailed into Woodfjord in beautiful conditions and continued into Liefdefjorden with the Monaco Glacier in the distance. Several places we had Walrus and Bearded seals on ice floes. Positioned at the ice edge near Texas Bar we spotted a female Polar bear with a year old cub walking along the beach. The distance was far, but it was a nice sighting. 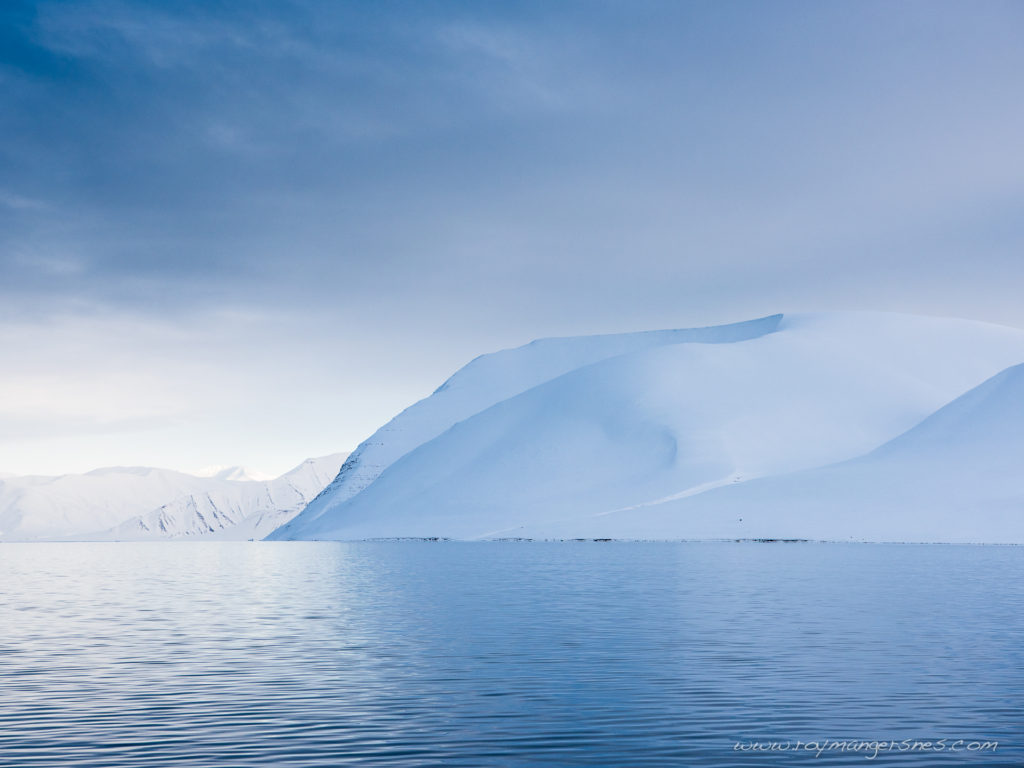 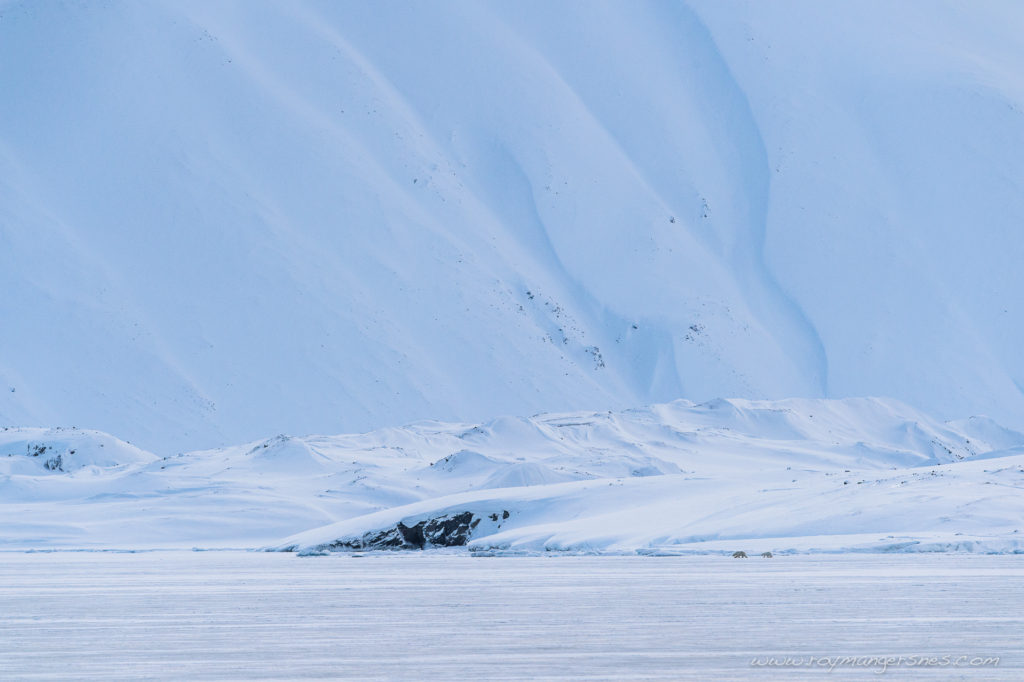 Day 5 – 30.03 2016 We decided to spend the night and hoped the bears would come visit, but there was no activity. Later in the morning we moved north and headed into Bockfjorden and Woodfjord where we had lots of Walrus and Bearded seals on ice, giving us some nice images in the wintery landscape.

In the late evening we moved along the eastern side of Woodfjorden shooting stunning landscapes when we discovered tracks in the snow. As we eased our way in through the pancake ice we saw a second female Polar bear and her year old cub resting in the hillside. As the light was fading we made the decision to anchor nearby. 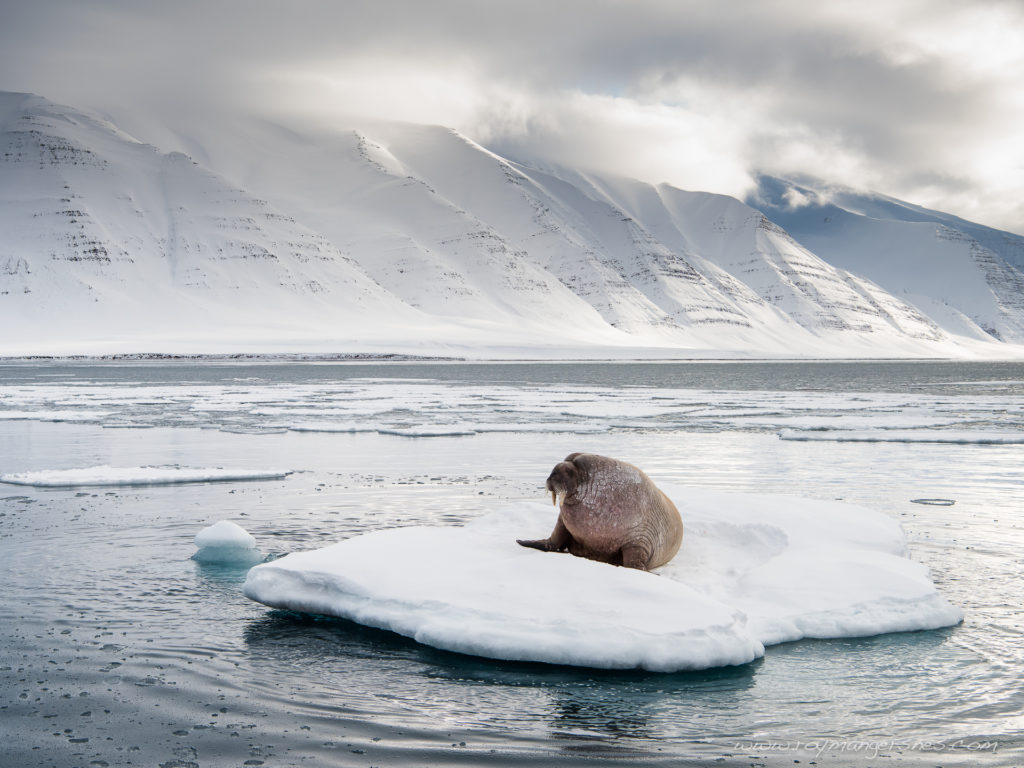 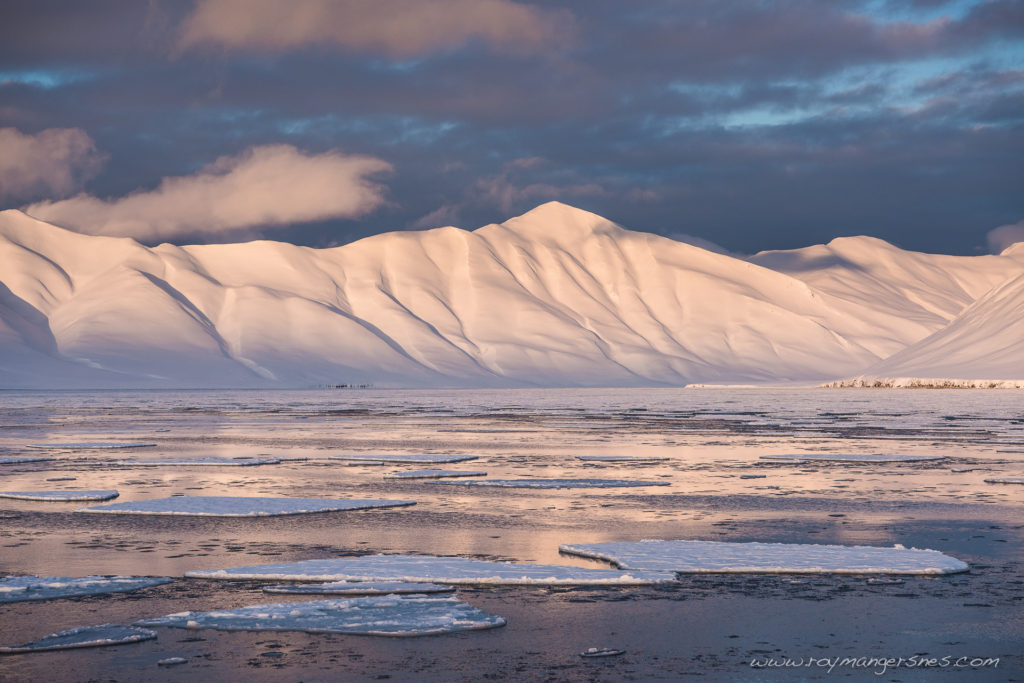 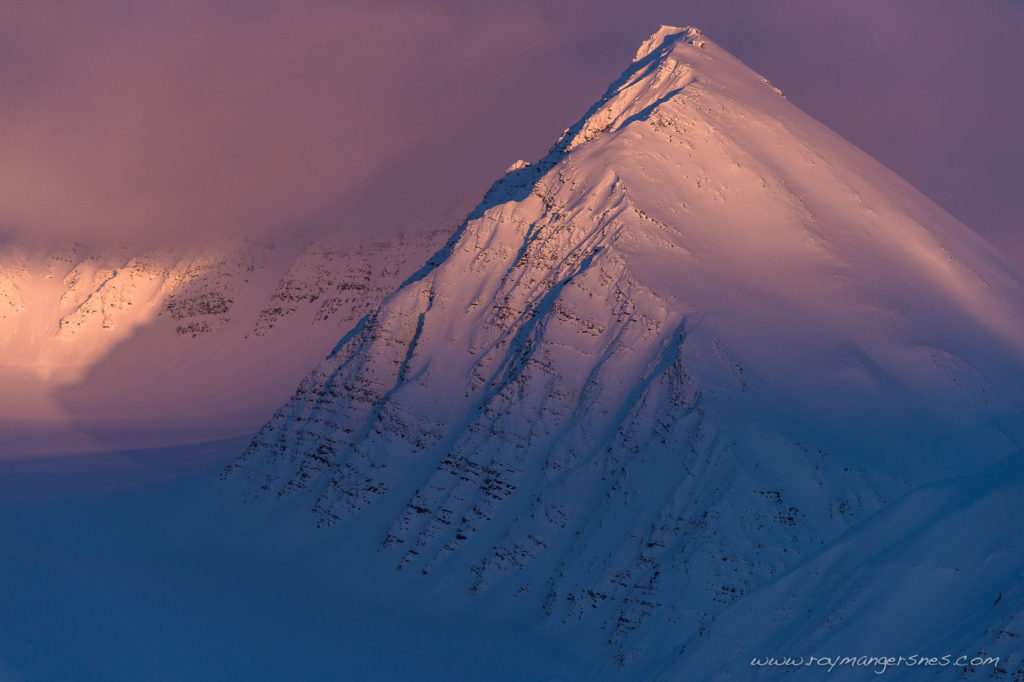 Day 6 – 31.03 2016 Next morning we woke up to fog and really bad visibility, but as we were lifting the anchor the Polar bears were spotted on the beach. We dropped the Zodiacs and eased our way closer. By then the bears had moved back into the hillside, but the light was getting better with light snow. We waited along the shore for an hour and eventually the animals stood up and came down to have a closer look at the photographers. The next couple of hours we could enjoy some incredible behavior and constantly shifting light conditions.

In the evening we went back out to work with different light conditions. The last glow from the winter sky gave us an amazing blue and pink scene and again the bears came to visit us. This day really showed the potential that comes with the winter expeditions. 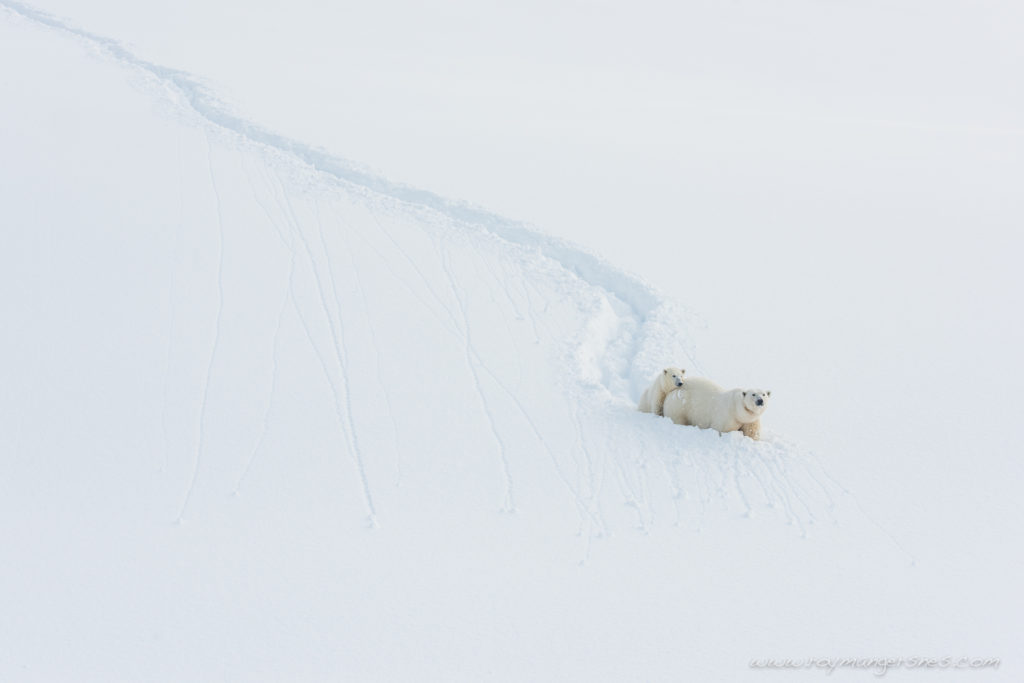 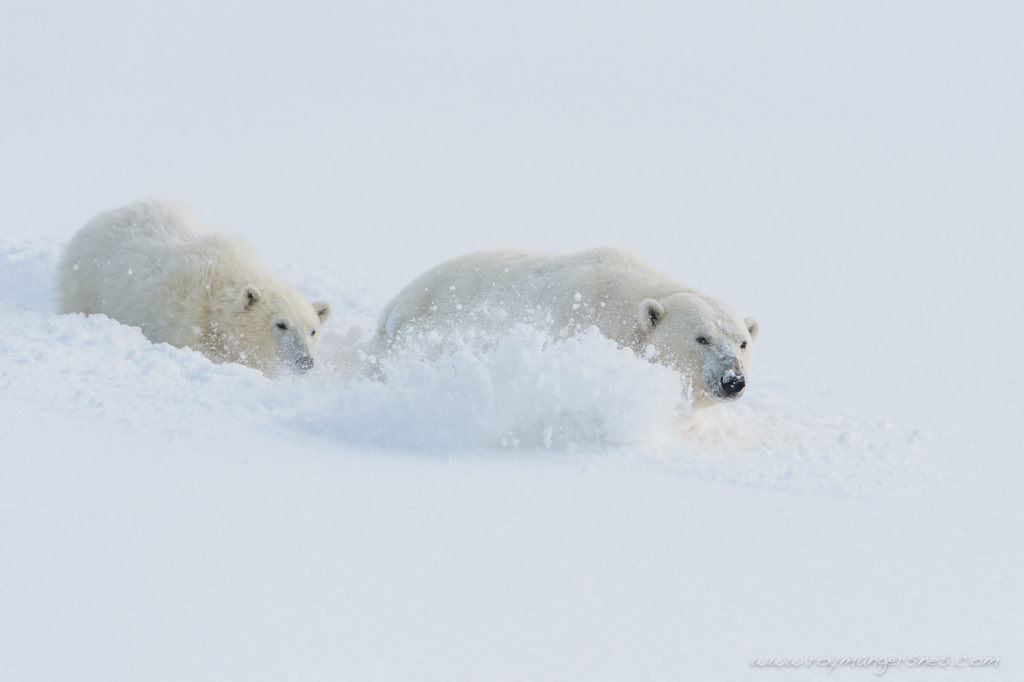 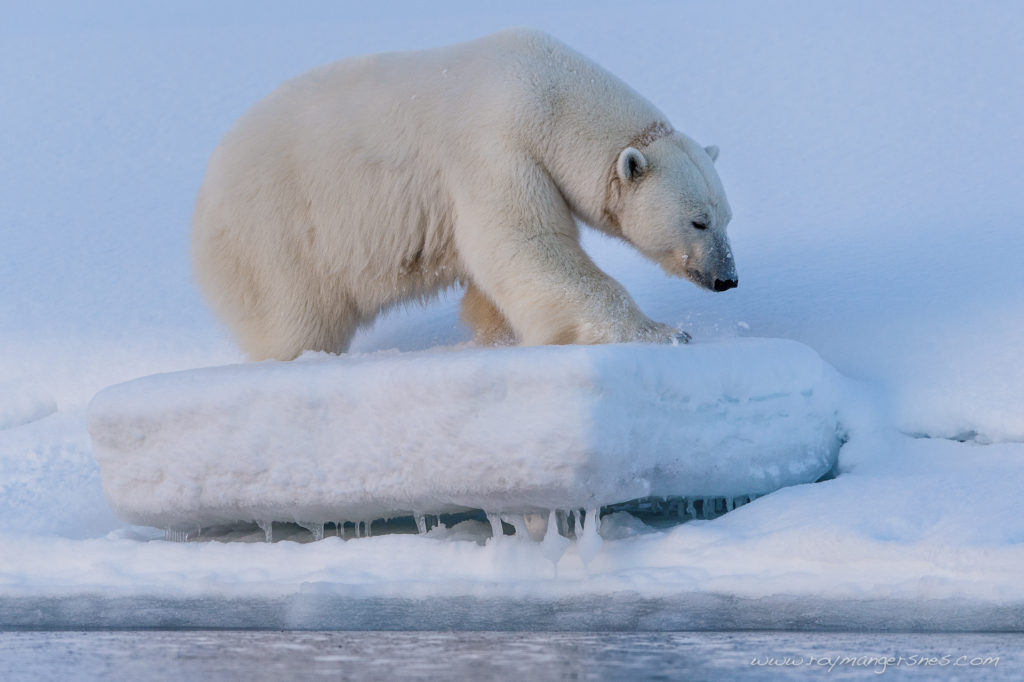 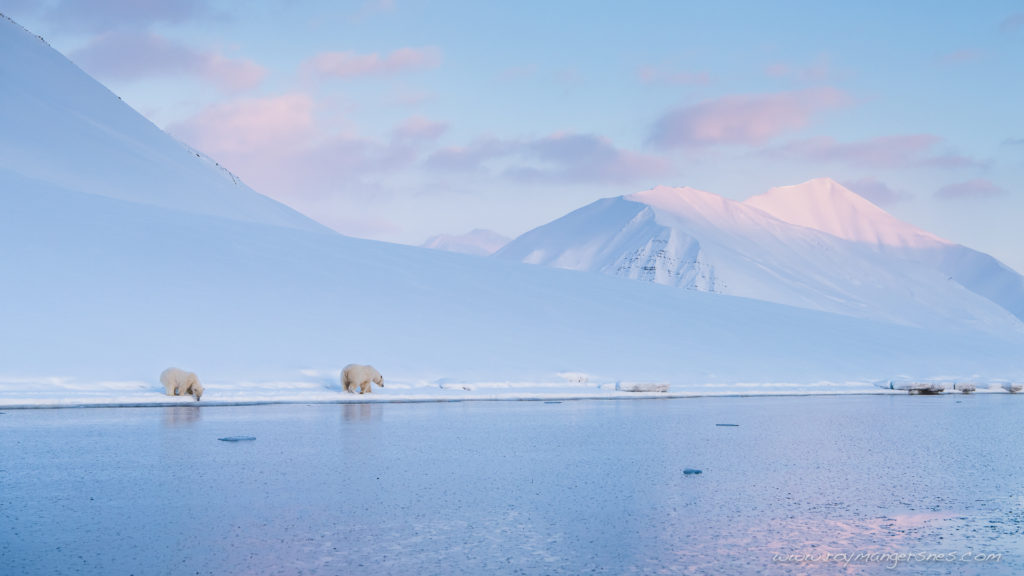 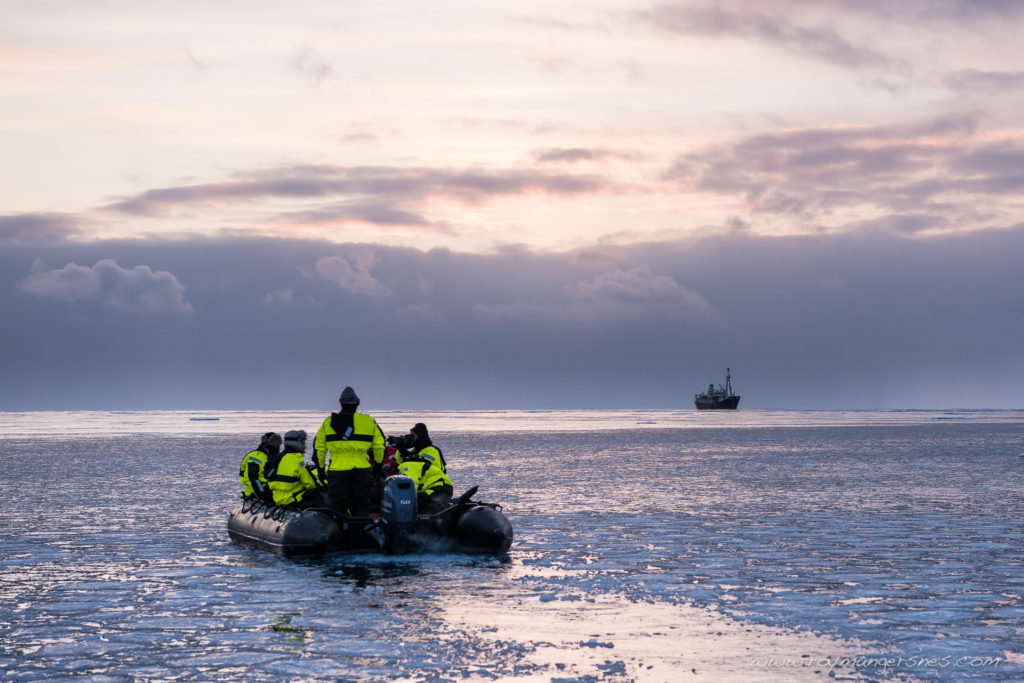 Day 7 – 01.04 2016 After a second night at anchor we left Woodfjorden in the morning cruising along the northern coast visiting several bays and fjords along the way. The conditions were crystal clear and several Walrus were sighted before heading into Fuglefjorden in the late evening. In the last hours of the day we enjoyed the stunning light on Svitjodbreen. 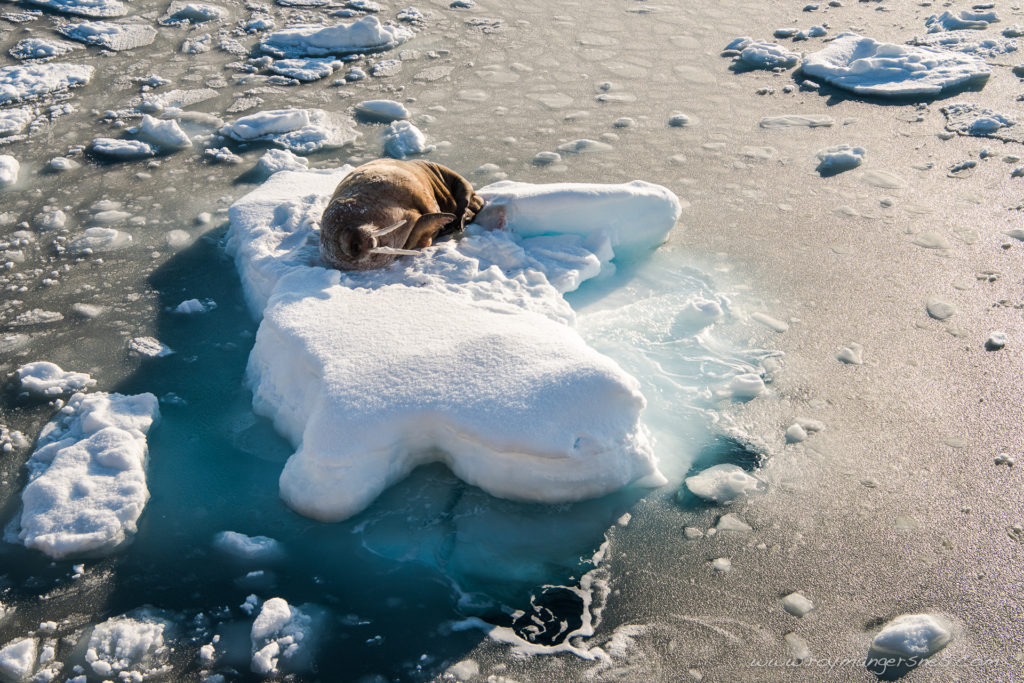 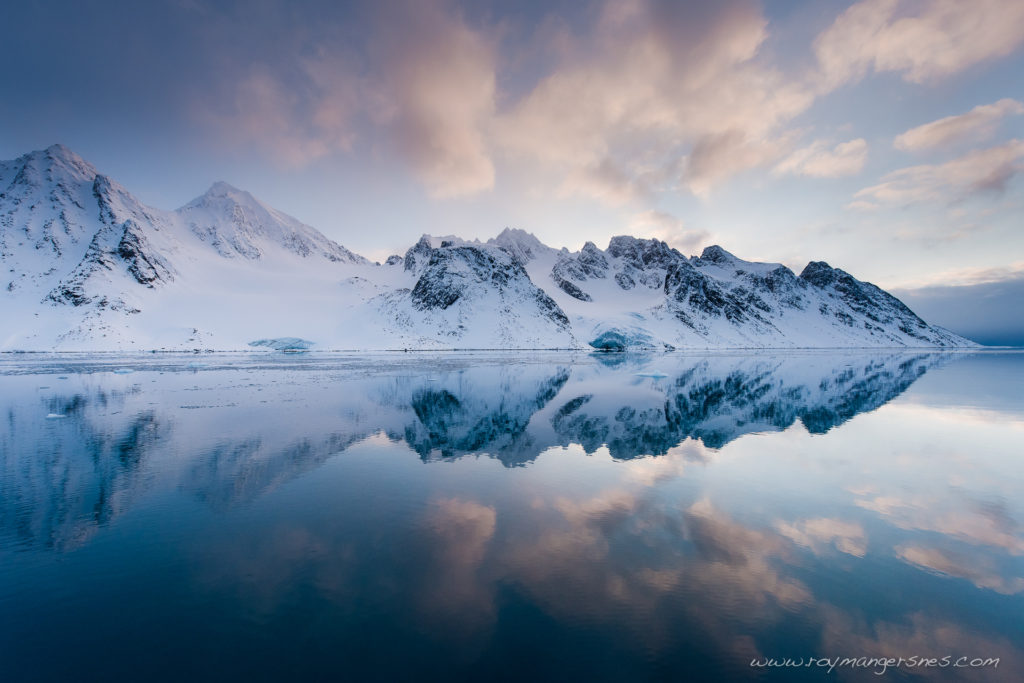 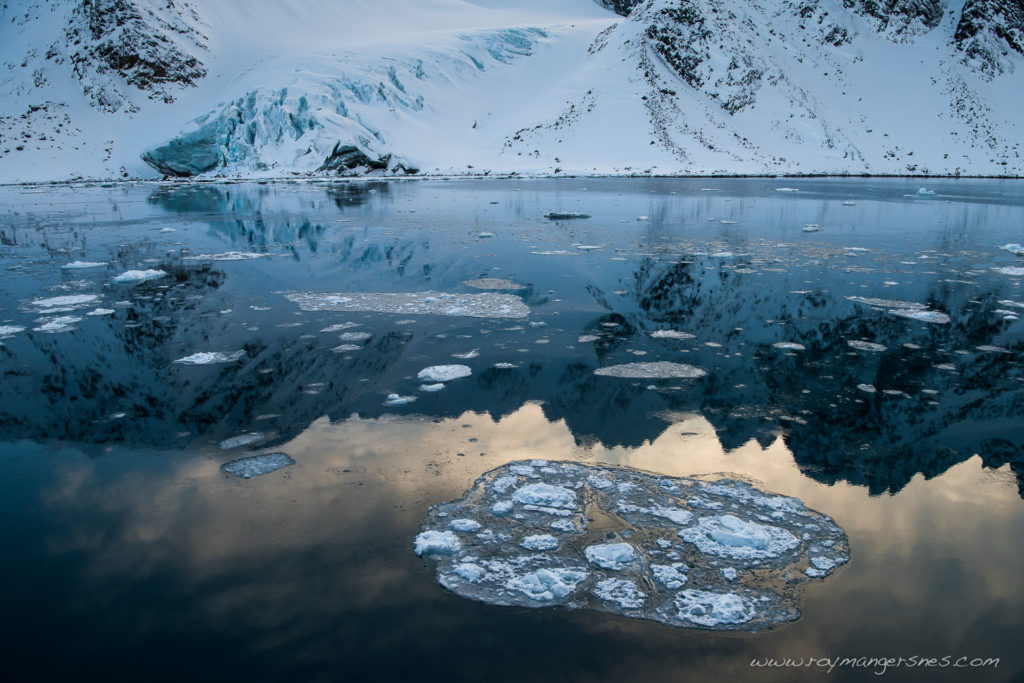 Day 8 – 02.04 2016 During the night we had steamed down to Kongsfjorden and went for a short Zodiac cruise near Blomstrandhalvøya to photograph the glacier and some of the newly arrived birds. 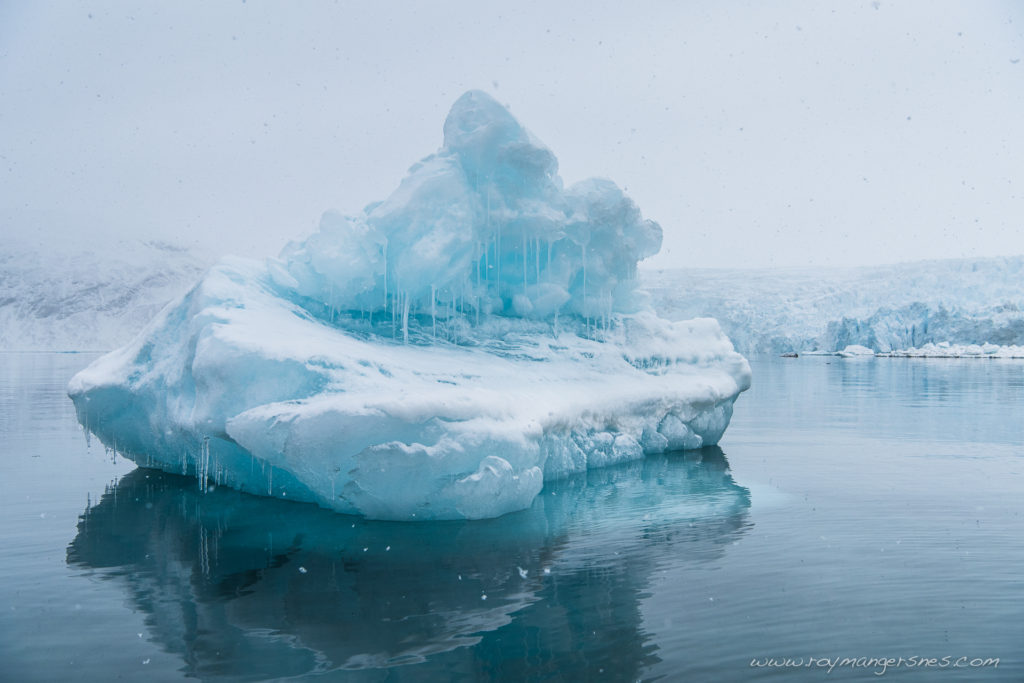 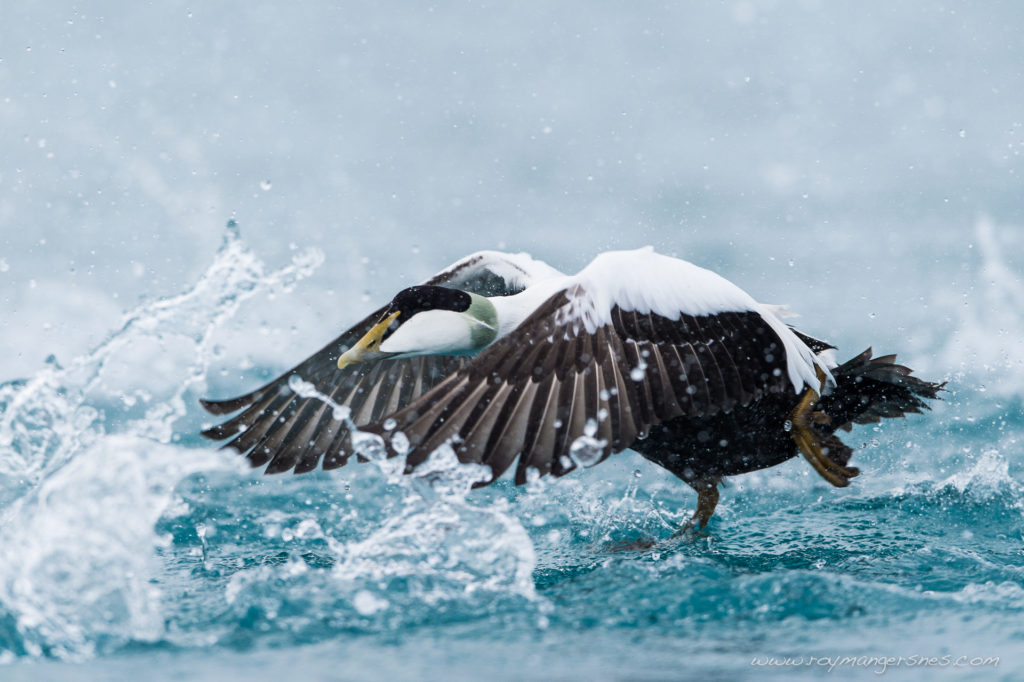 Day 9 – 03.04 2016 Arriving Longyearbyen in the late evening all agreed that this expedition had been an amazing success and really showed the potential of these winter trips. 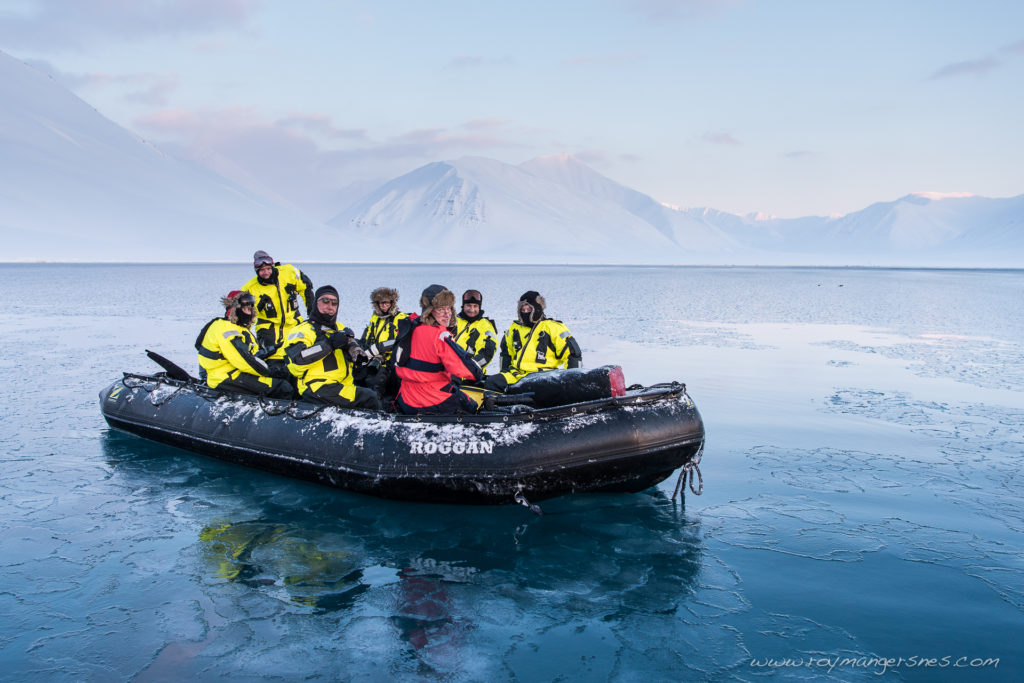