Day 1 – 03.04.2016 For our third Svalbard Winter expedition, hosted by Roy Mangersnes and Martin Enckell, we left Longyearbyen and headed out Isfjorden in great light, moving north. 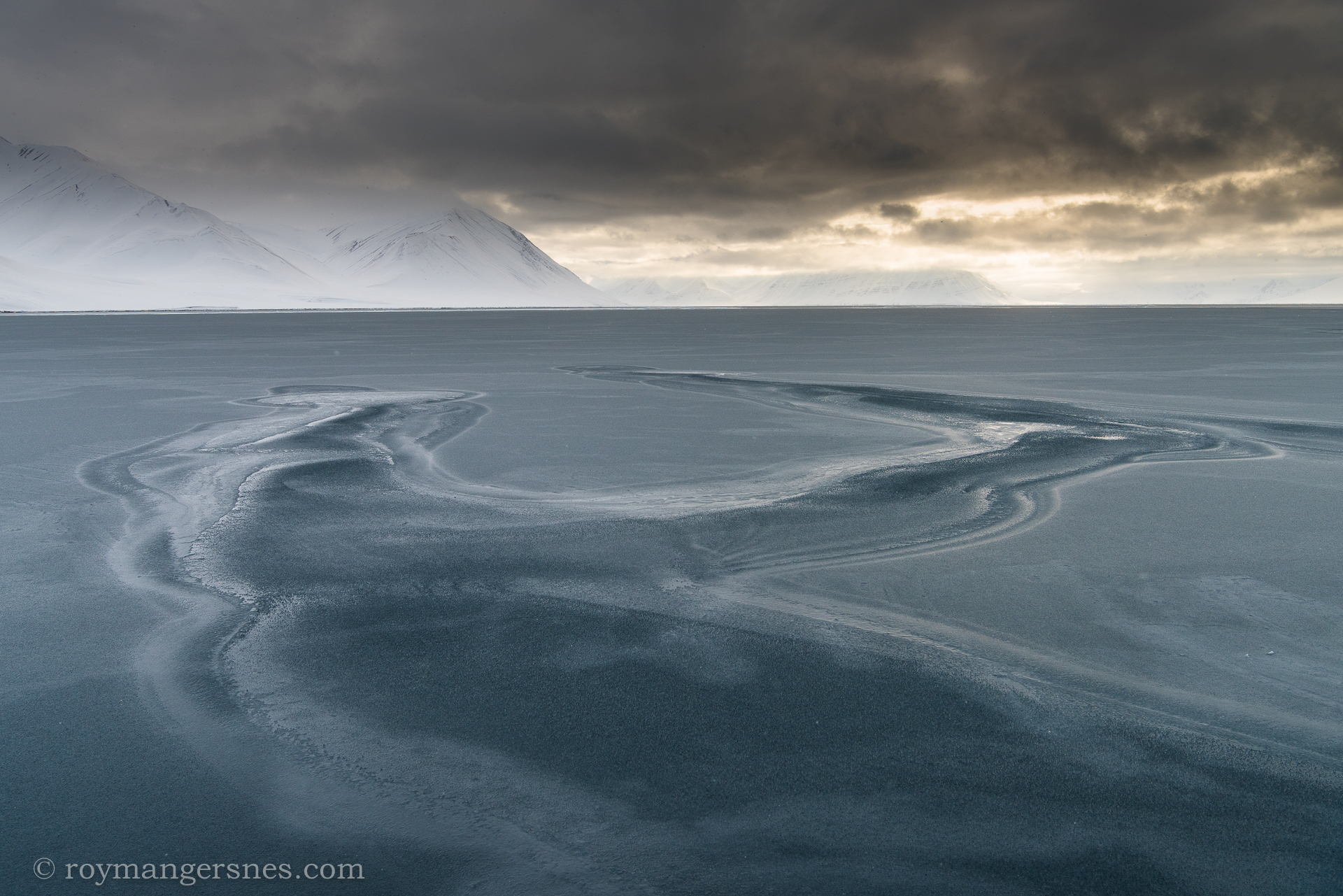 Day 2 – 04.04 2016 The first morning we cruised through the northwestern corner of Spitsbergen and continued east to Woodfjorden. Following fresh Polar bear tracks along the coast we sailed through amazing landscapes with fresh ice forming on the fjord. Some Walrus and Bearded seals were photographed on ice floes as we headed further in.

We were not allowed to break fjord ice on our winter expeditions, but following the track of the Norwegian research vessel Lance we could go 3 nautical miles further in to the ice and anchored close to the Monaco glacier for the night, with Polar bear tracks crossing near the ship. 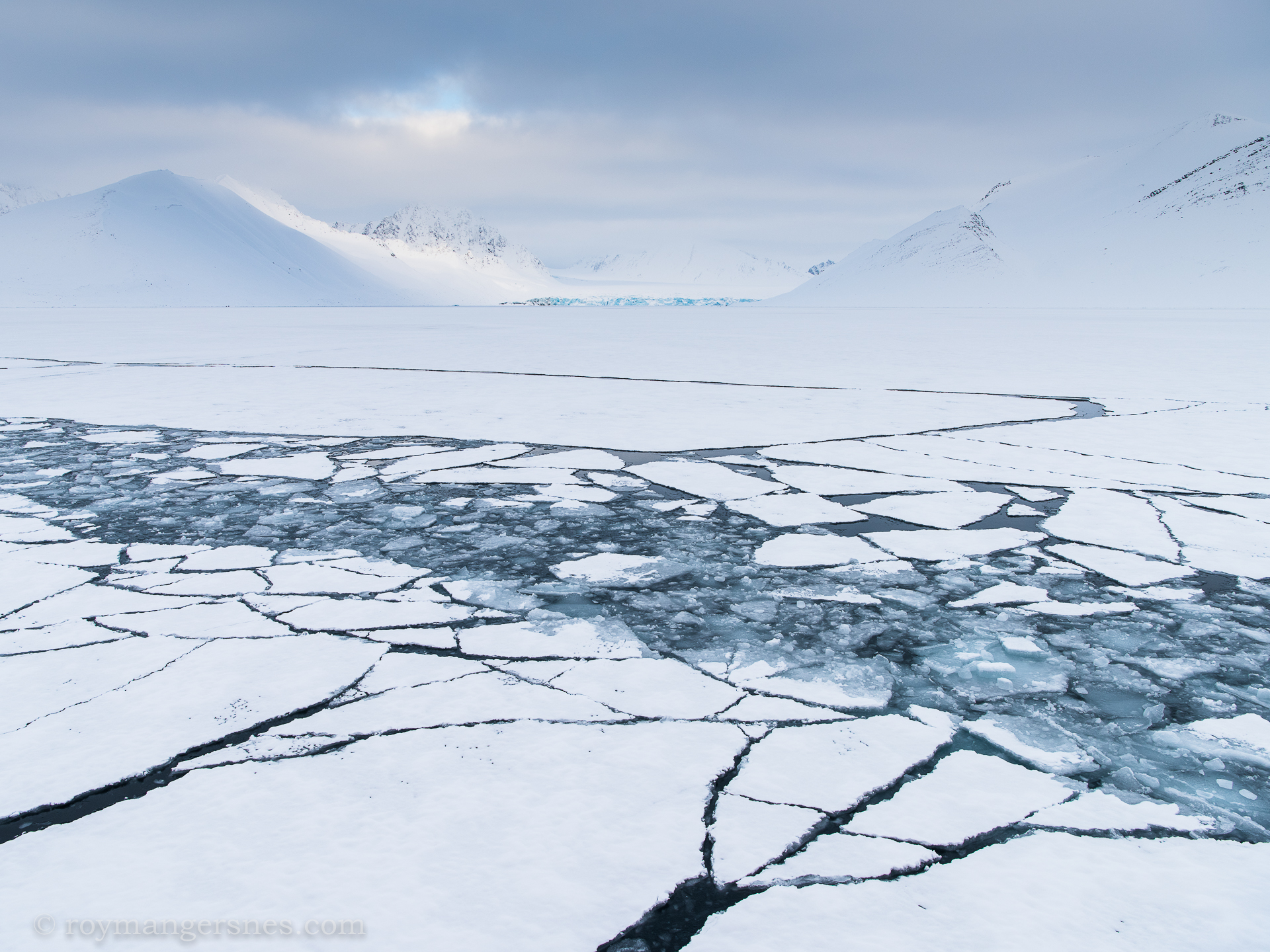 Day 3 – 05.04 2016 The following morning we headed out of the ice in beautiful blue winter light and the lack of wind gave us some amazing reflections. 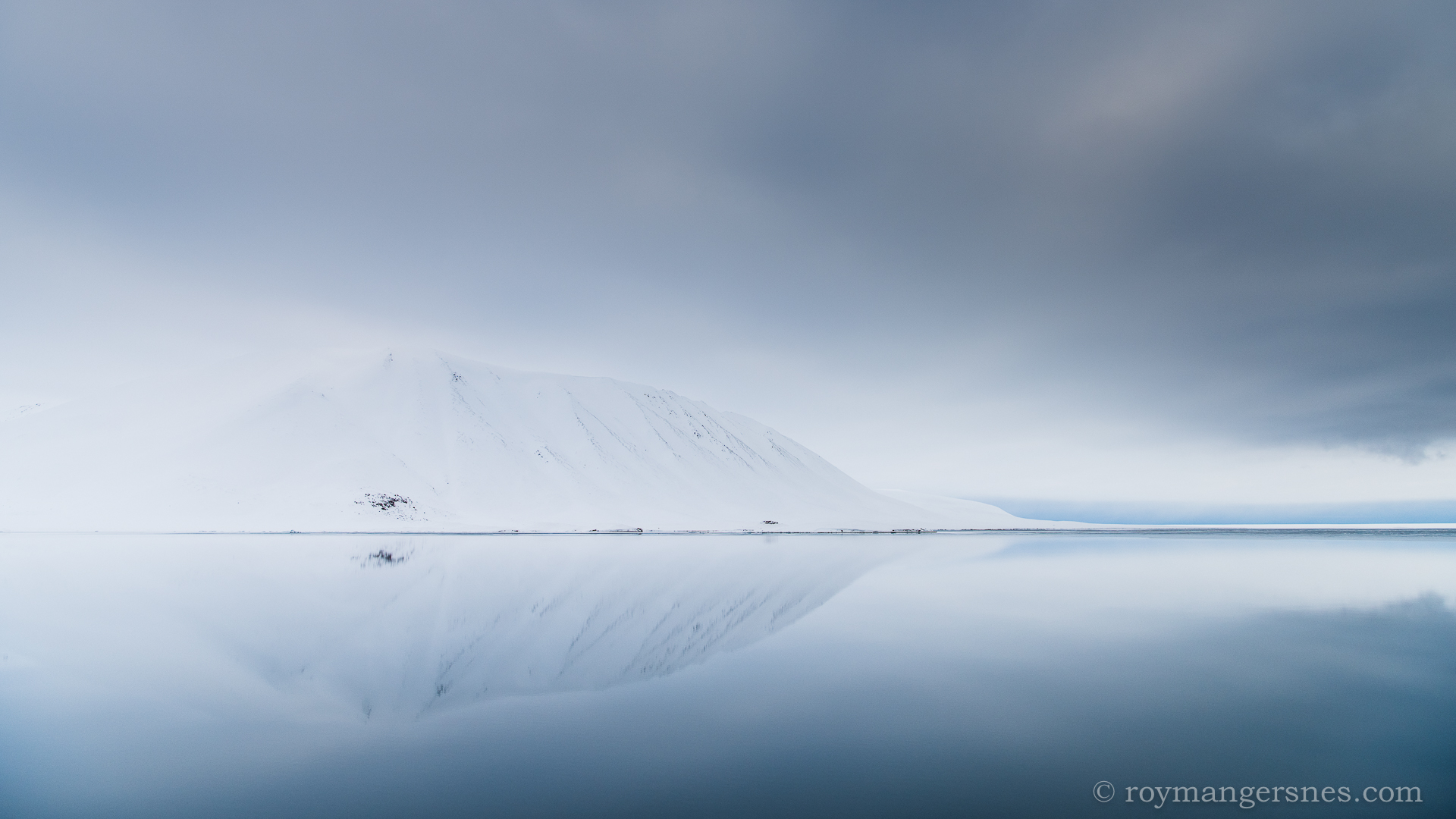 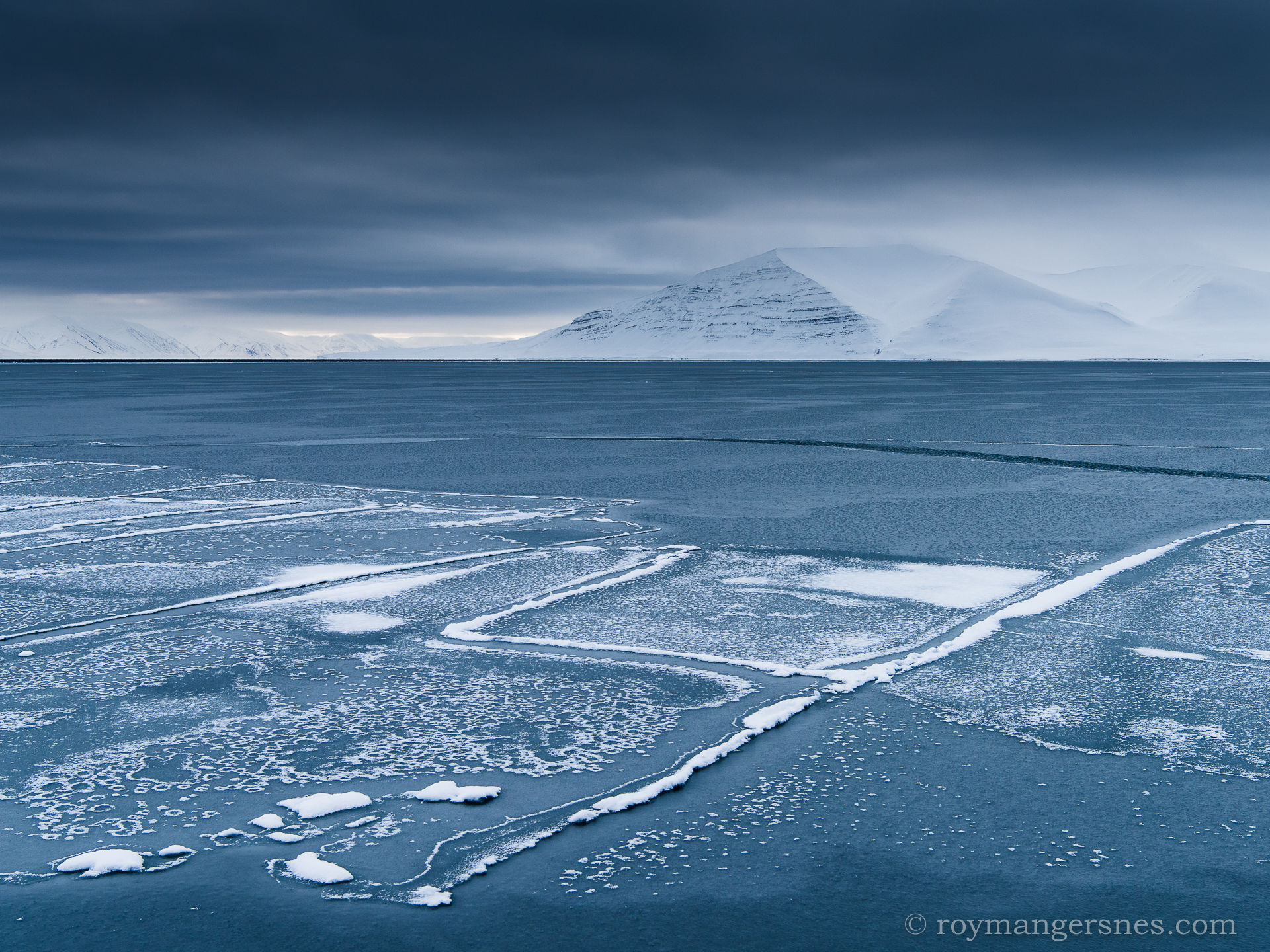 From afar we were able to spot a Polar bear moving around the islands. We decided to wait and see how it reacted and after an hour it started moving closer. Eventually it got tired of us and moved away but we were happy to have had our first Polar bear meeting. Shortly after an Arctic fox came around the ship to see what was going on, and many of the clients were lucky to get great images. 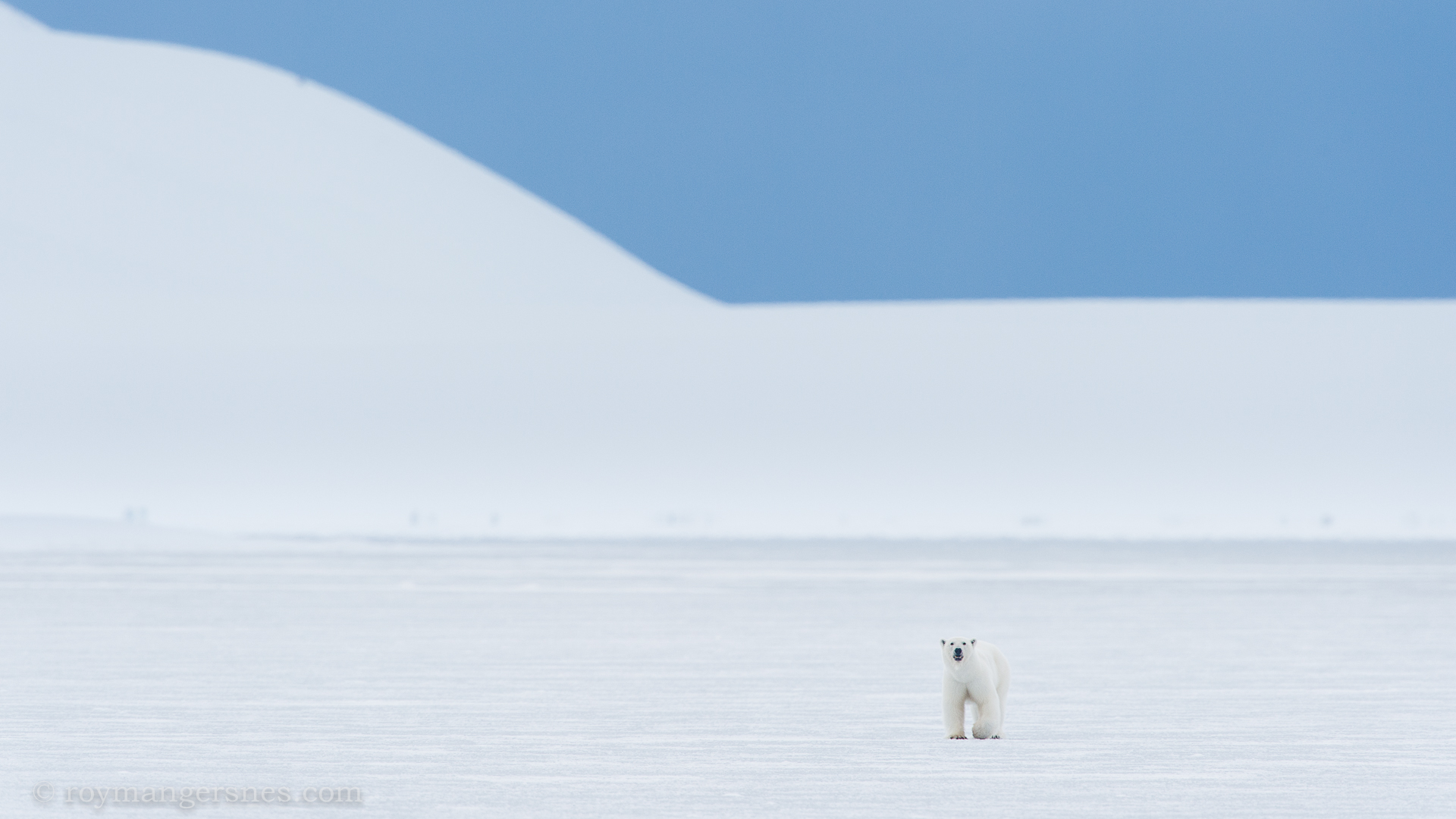 In the afternoon we moved out of the fjord in nice light, seeing Walrus, Bearded seals and even Harp seals on ice floes on the way. 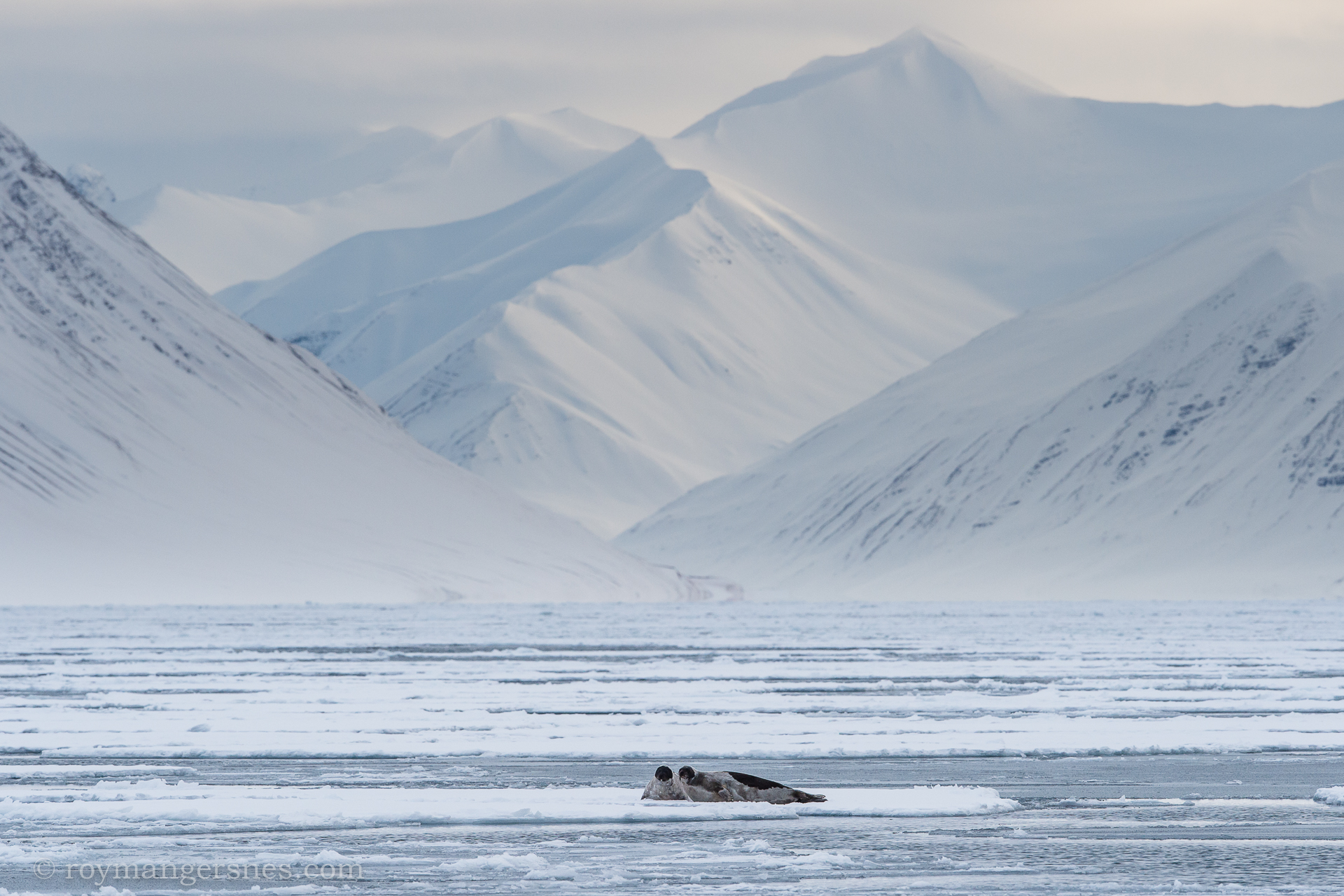 Day 4 – 06.04 2016 During the night we had moved north of 80th parallel and headed into the pack ice. The conditions were perfect with lots of Ivory Gulls flying by and courting. All over we saw seals on the ice, but no trace of the Arctic king. 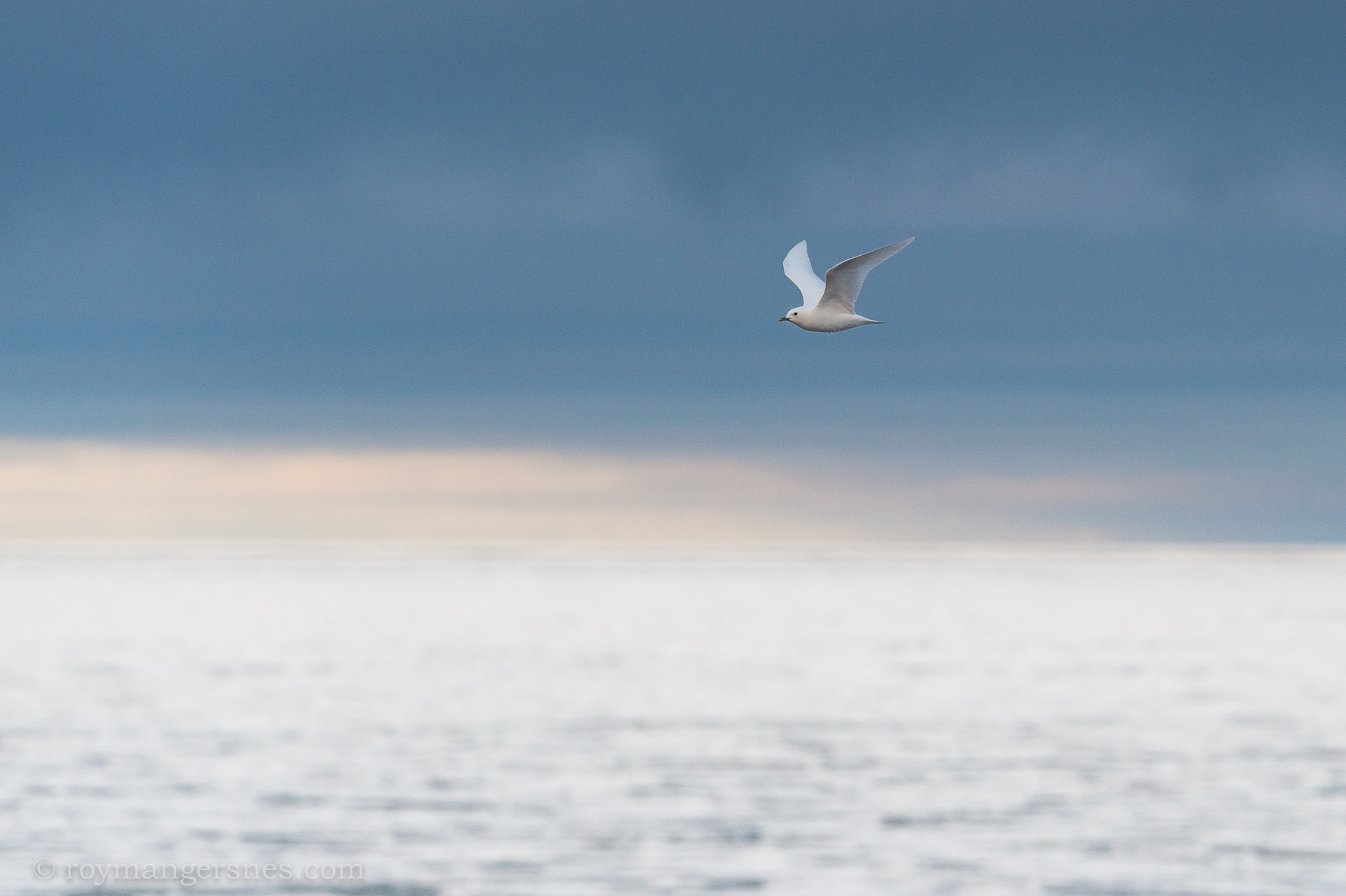 The entire day was spent in the ice shooting creative patters while scanning the horizon, and eventually two small yellow dots were seen from afar.

The female Polar bear brought her large cub all the way up to the ship and gave us a great show. A great end to a good day. 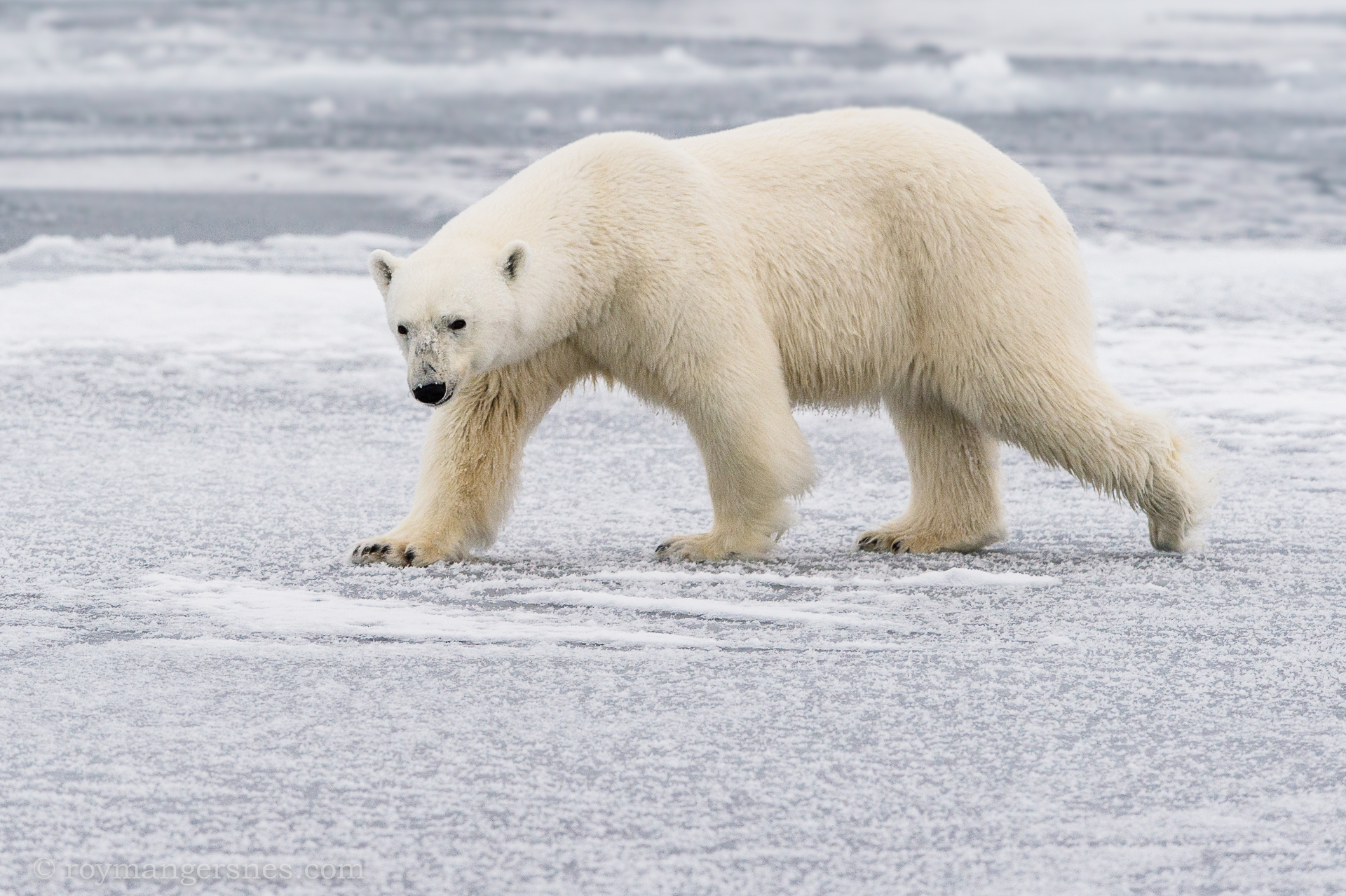 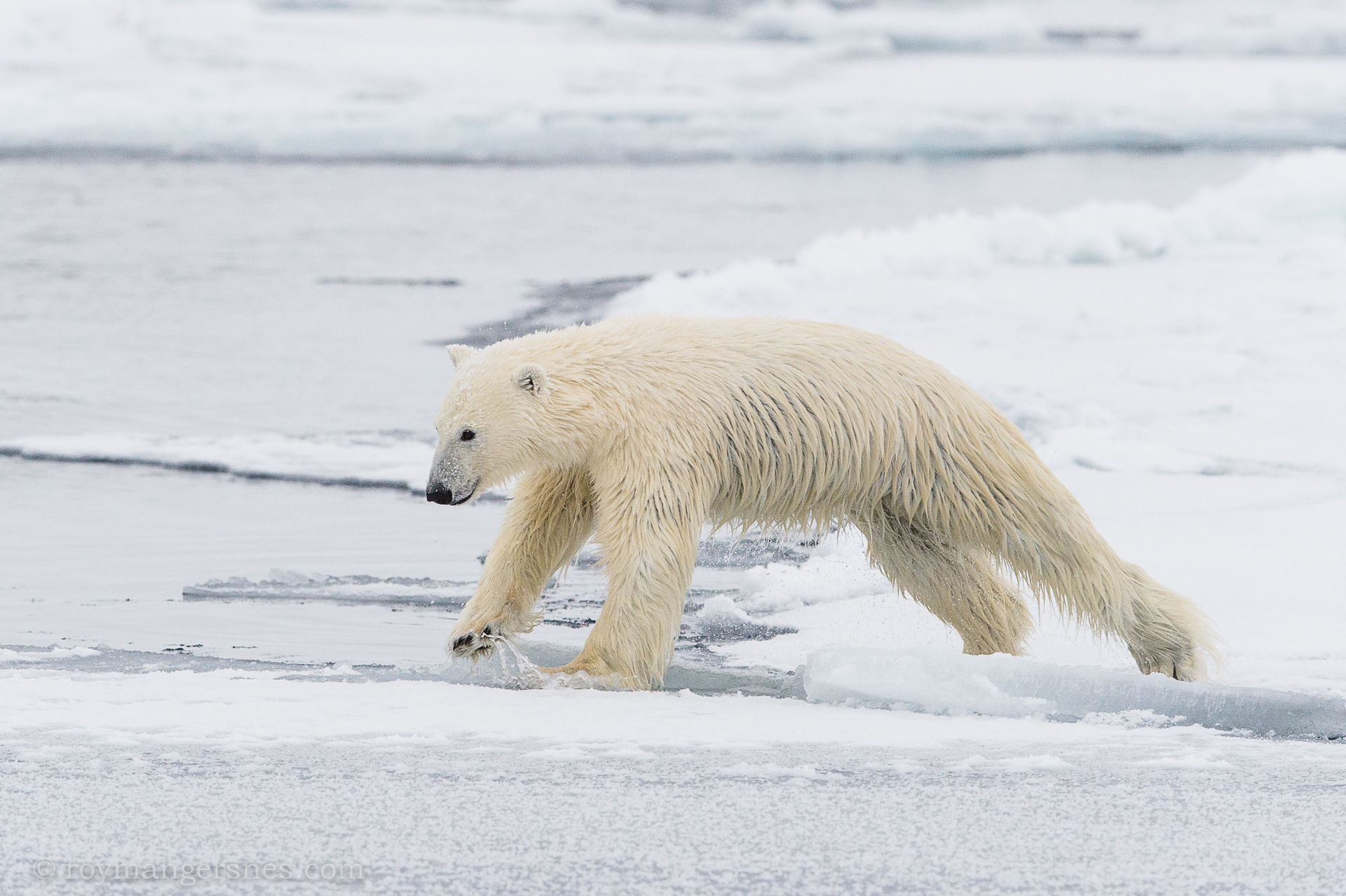 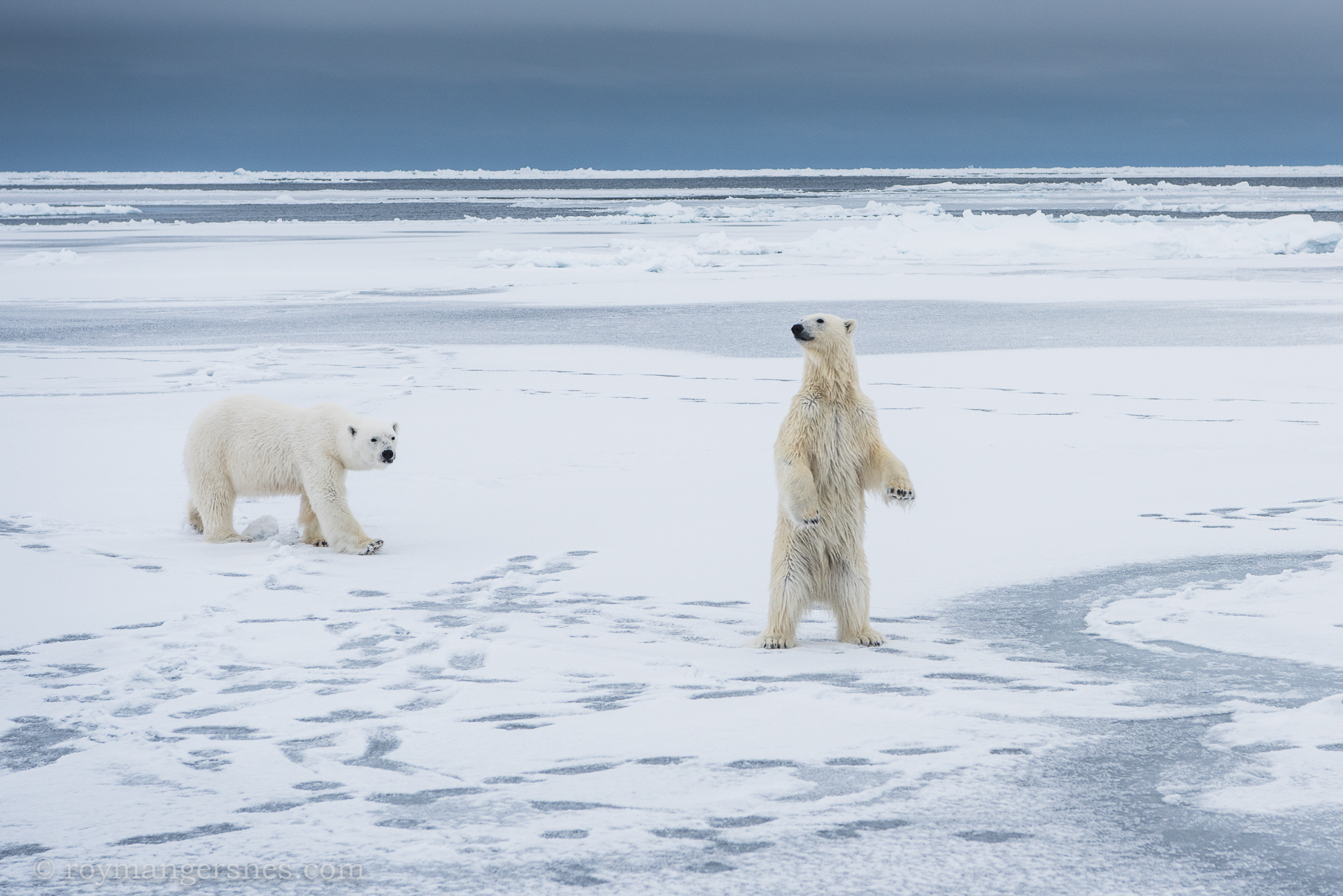 Day 5 – 07.04 2016 The next morning we woke up in the pack ice and started scanning the area as we moved south, and worked our way out of the frozen ocean. The temperature had dropped to minus 18 Celsius and the pancake ice we went through the night before had become a solid sheet of sea ice. Bearded seals and icebergs were photographed along the way. 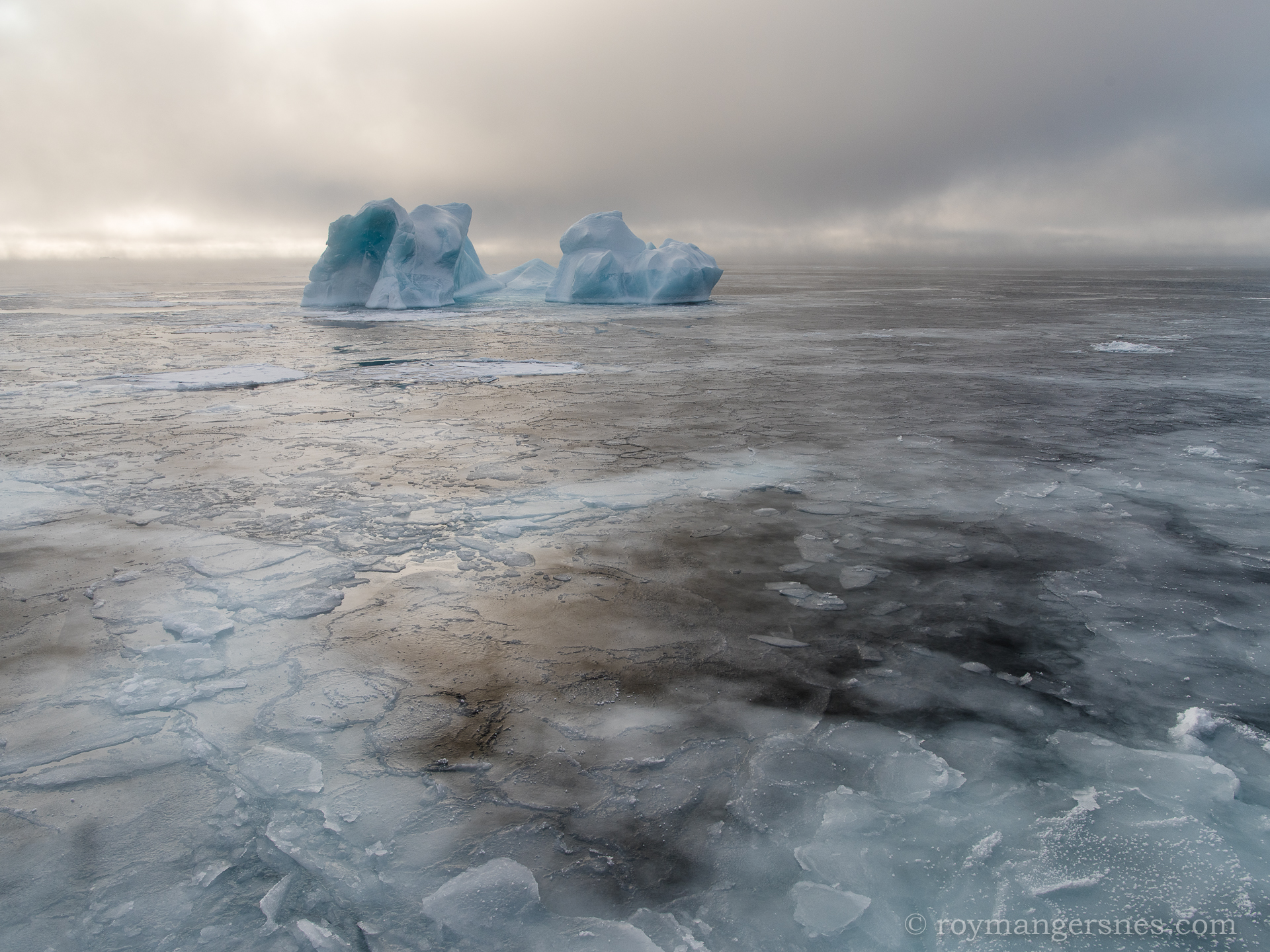 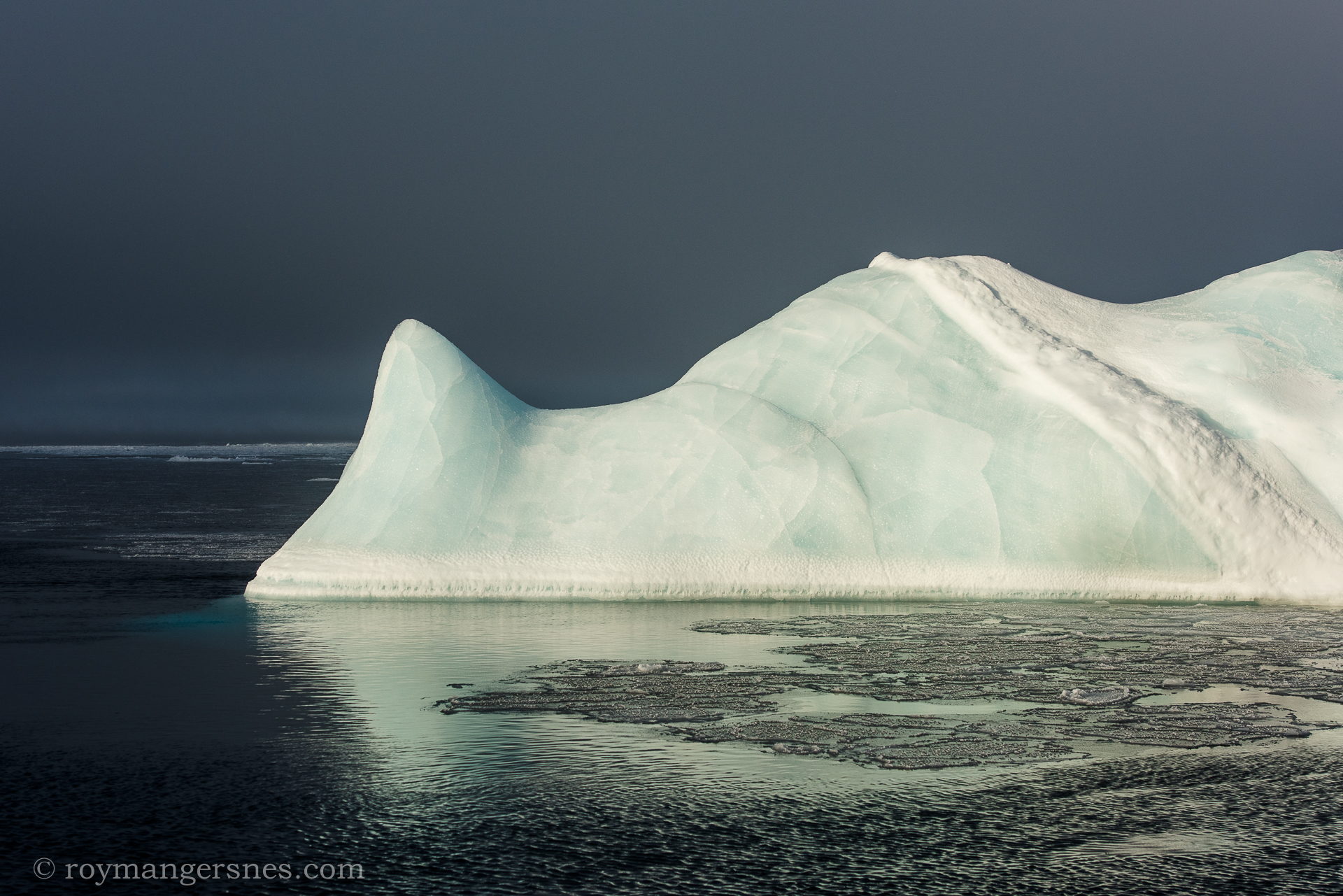 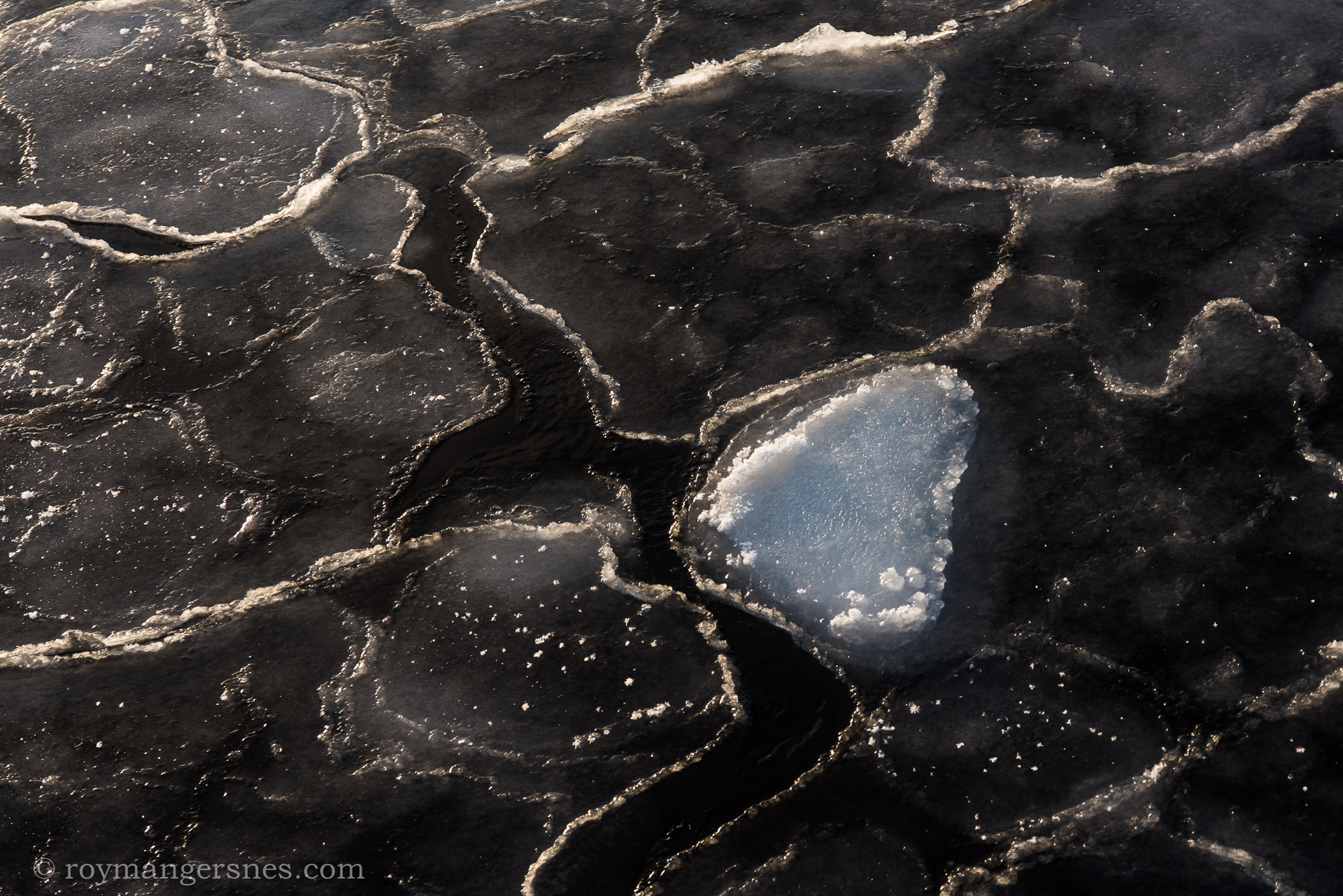 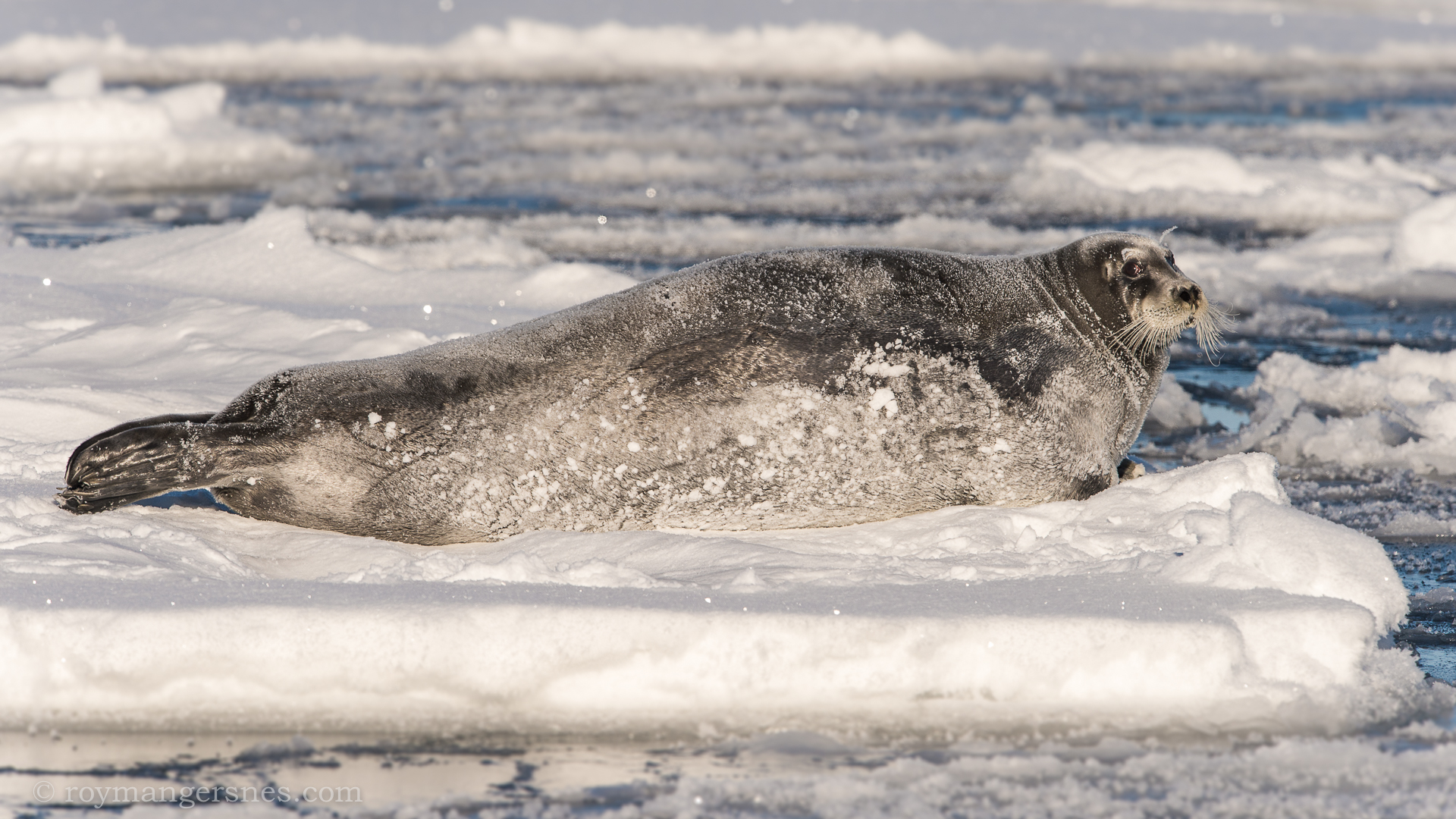 At lunchtime we headed south towards Widjefjorden, passing Moffen island on the way. Late evening we entered the fjord and continued all the way inn.

Day 6 – 08.04 2016 We woke up at the edge of the fjord ice in Vestfjorden. From the bridge we could see how two Polar bears were moving around on the ice, but they didn’t show any interest in us. As we moved out, a Walrus kept us company and posed beautifully against the rugged mountains. 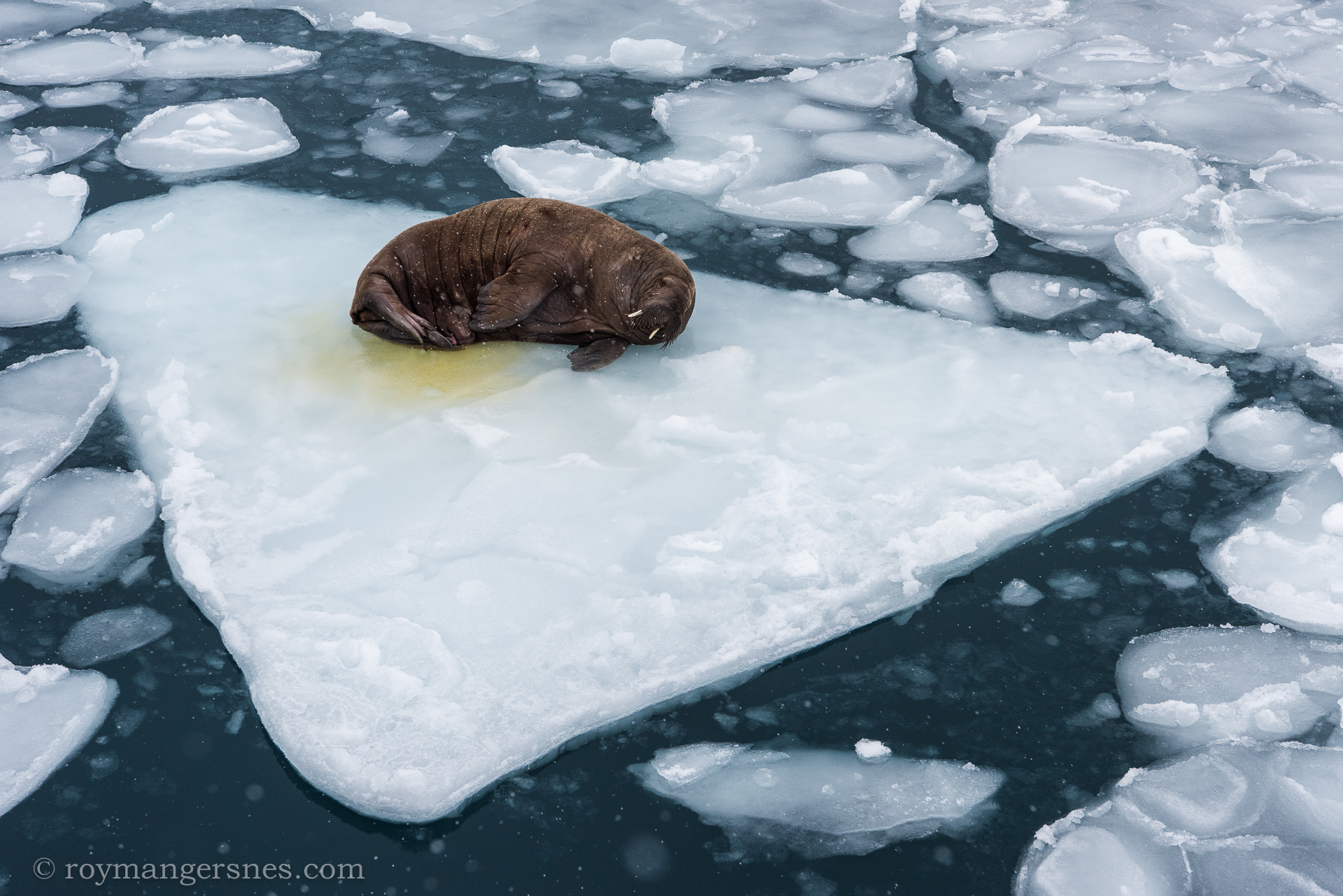 Further into the fjord we spotted several female Walruses with cubs hauling out on ice floes. Eventually we got to the ice edge and parked next to it for a while to see if anything was moving around. Fulmars and gulls kept us company and at one point a curious Walrus came to check us out. 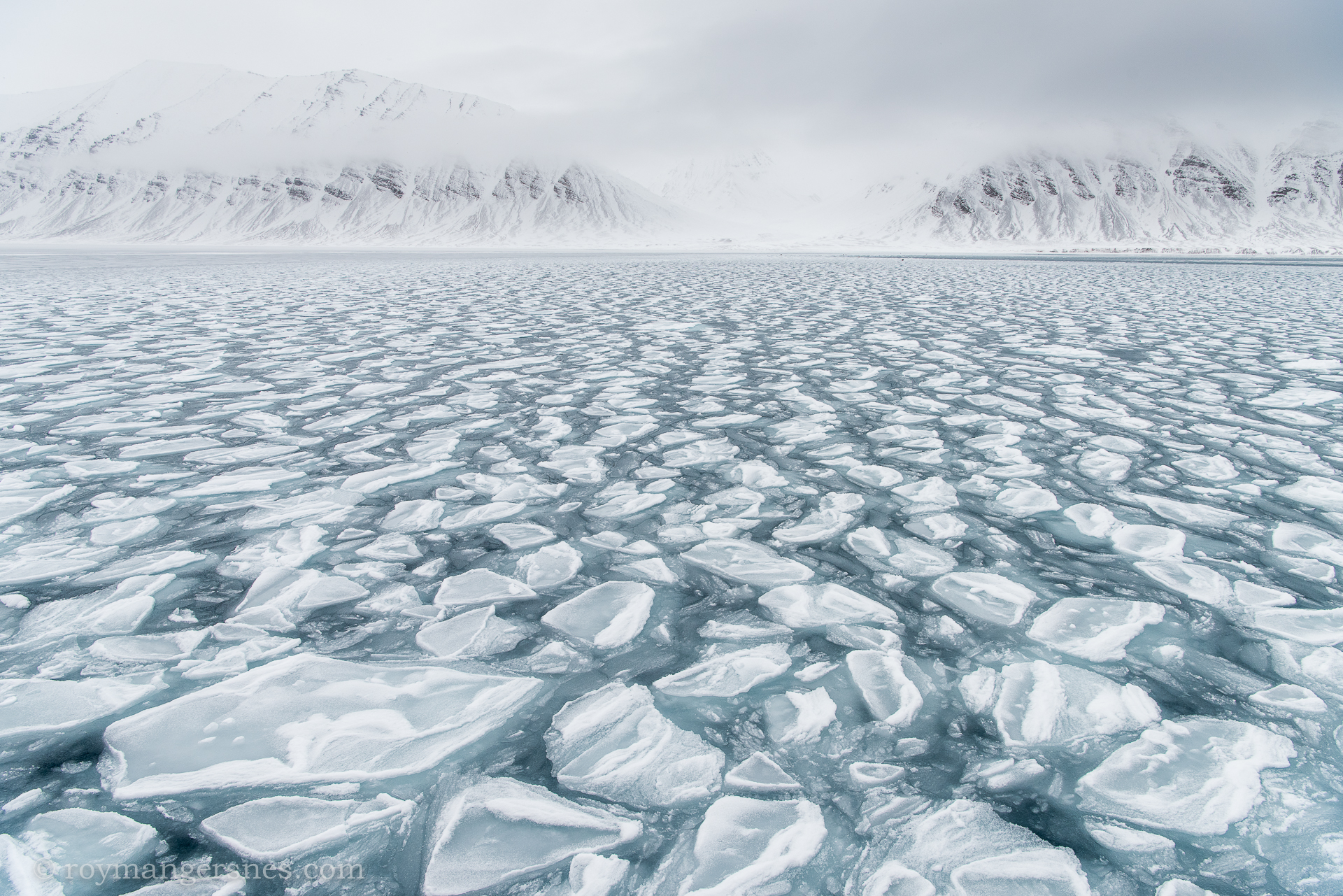 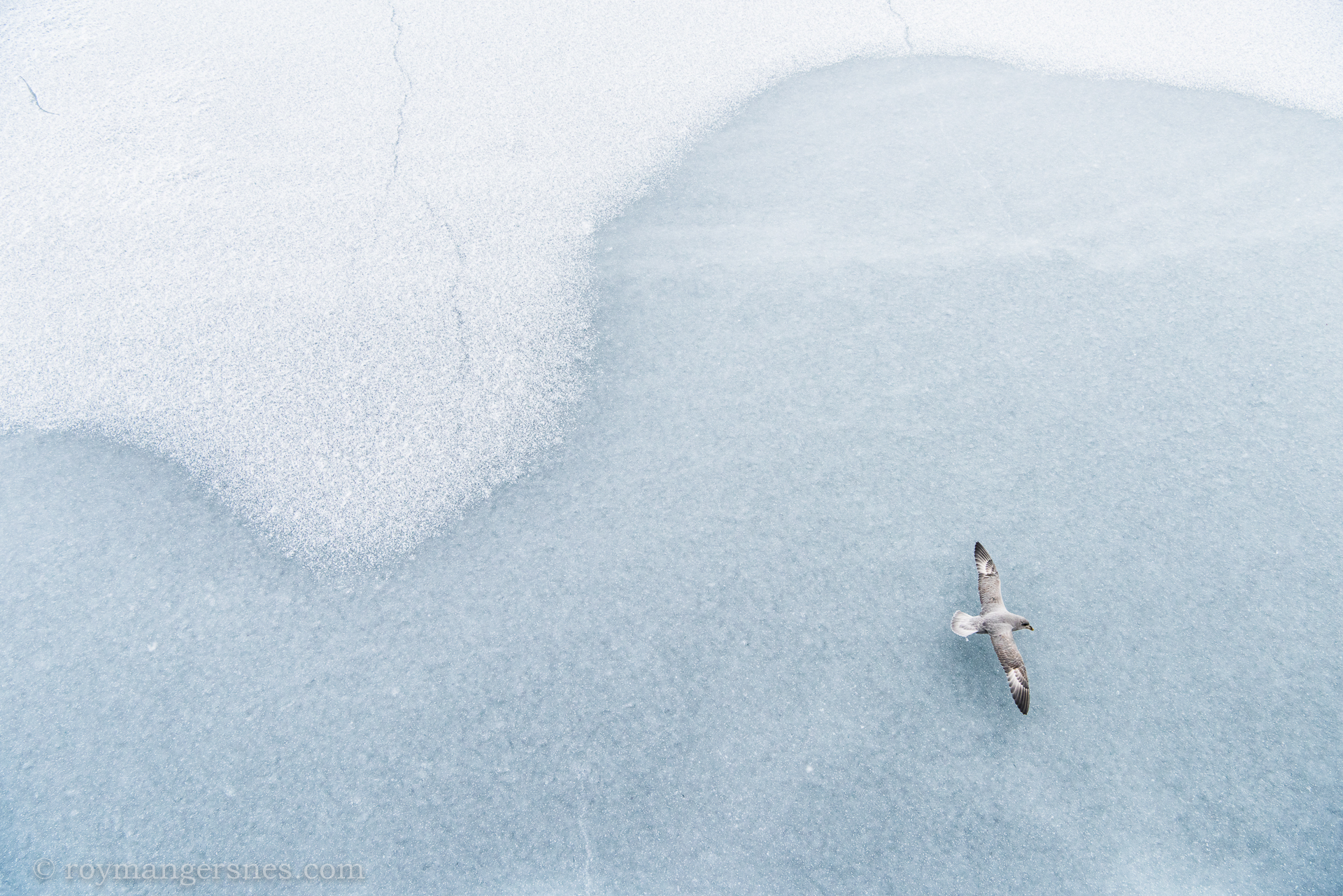 Moving out of Widjefjorden we had amazing light. Cinnamon buns were served on deck as we photographed Fulmars against the snow-covered backdrop. 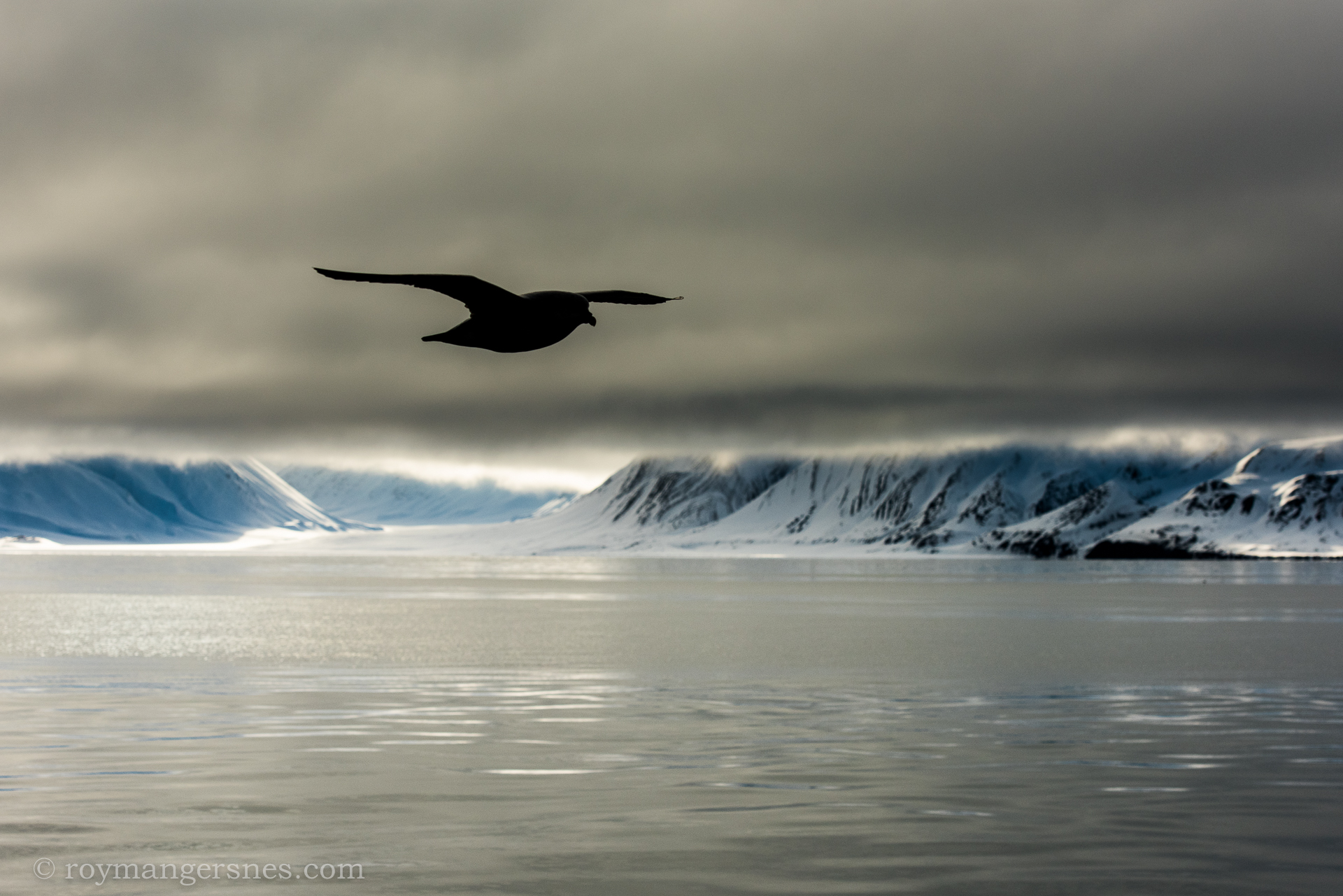 Late in the evening we made a landing on Moffen Island, usually protected from visitors but open during the winter months. The Walrus in snow made for some great photography and we got to spend a few hours with them in cold winter light and snow before the light disappeared. 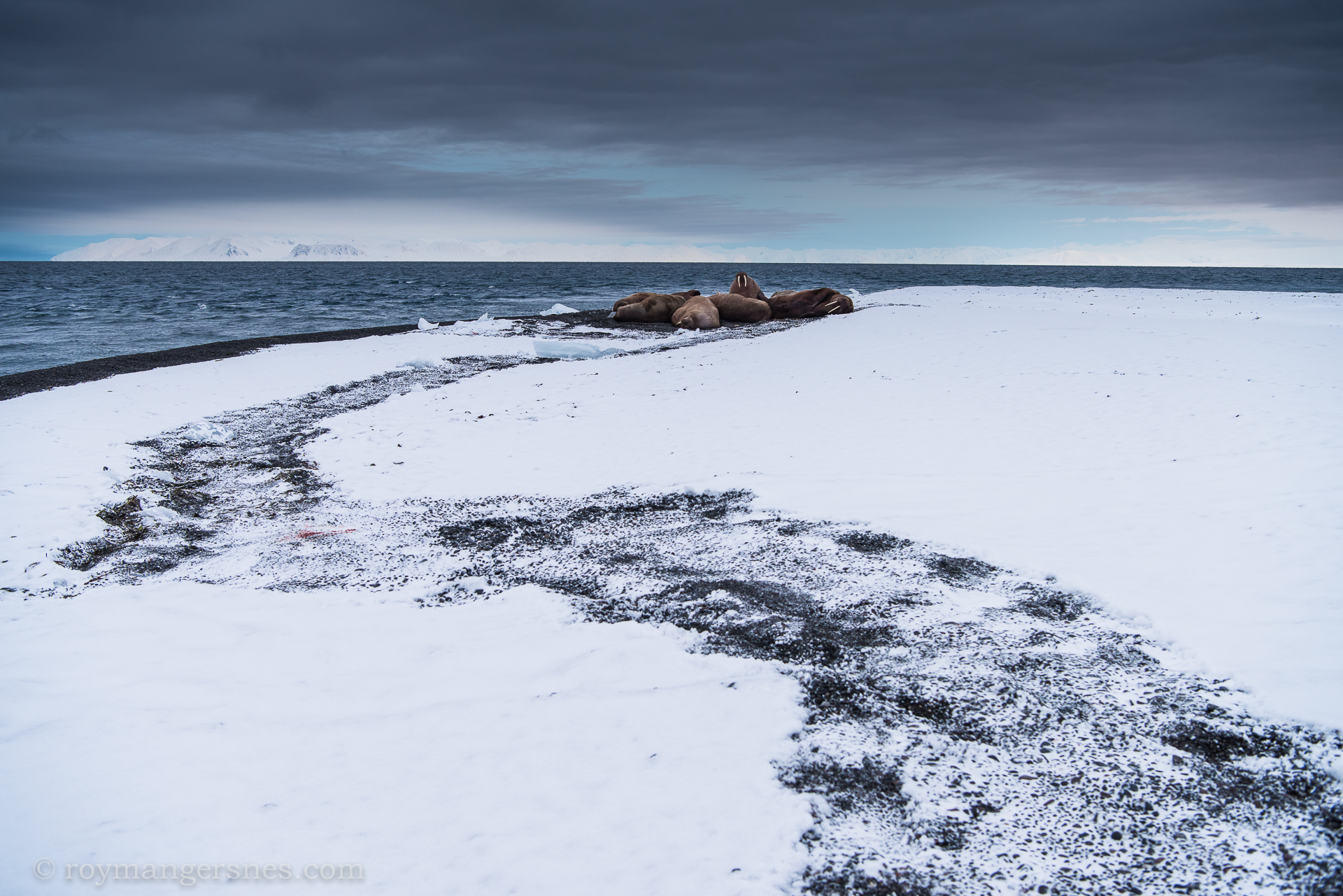 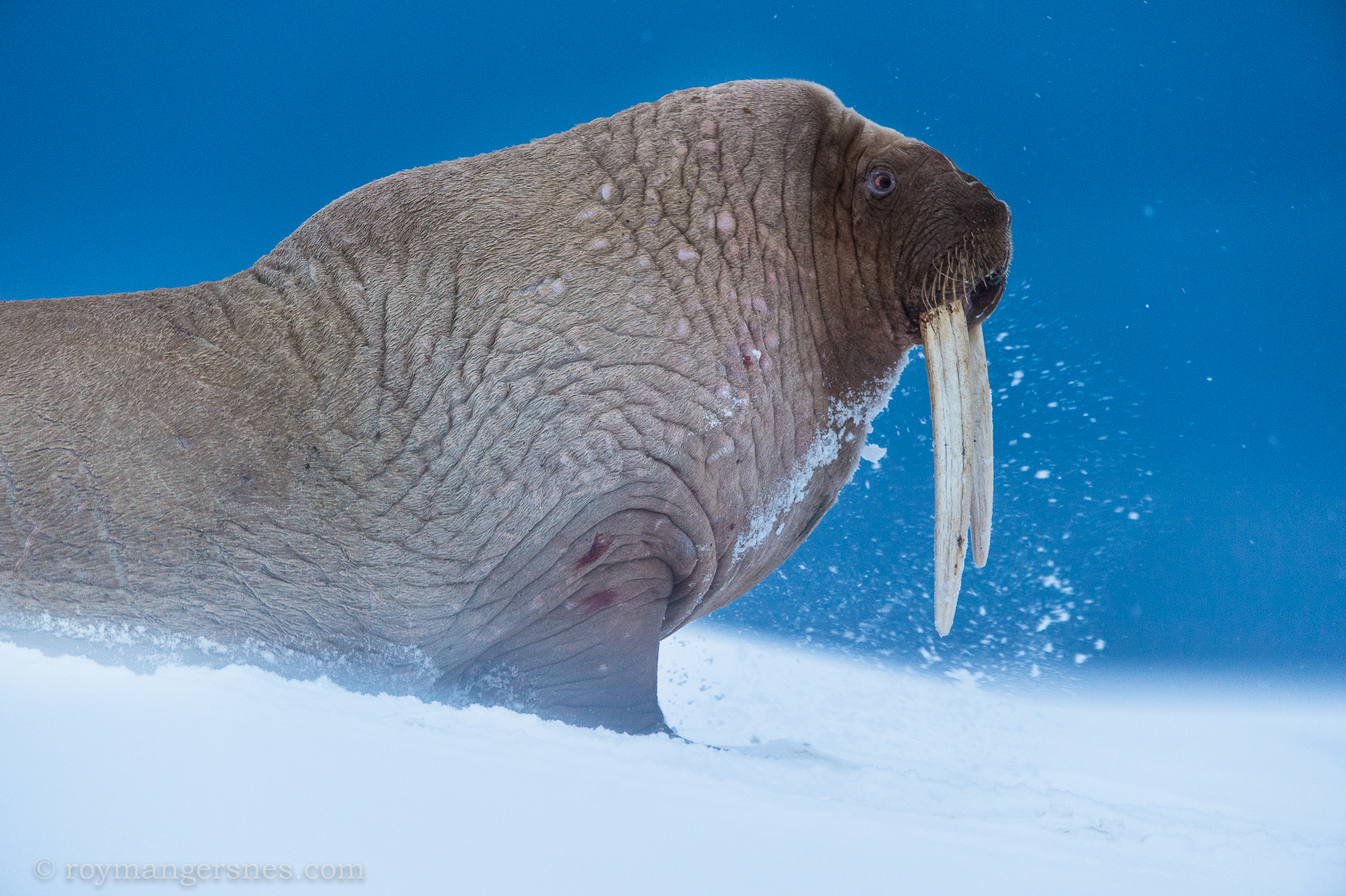 Day 7 – 09.04 2016 Early the next morning we entered Kongsfjorden and Lilliehöök in great conditions. This winter there was hardly any ice in the fjords on the west coast and we could steam all the way in to the glacier front. After searching the fjord for wildlife we moved along the coast towards Kongsbreen glacier. The evening light was magical and we decided to stay and make the best of it. With excellent skills the captain anchored in uncharted waters in front of the glacier so that we could enjoy the last rays of light without the disturbing shaking and sound from the engine. The only sounds this late evening were the soothing sound of shutters. 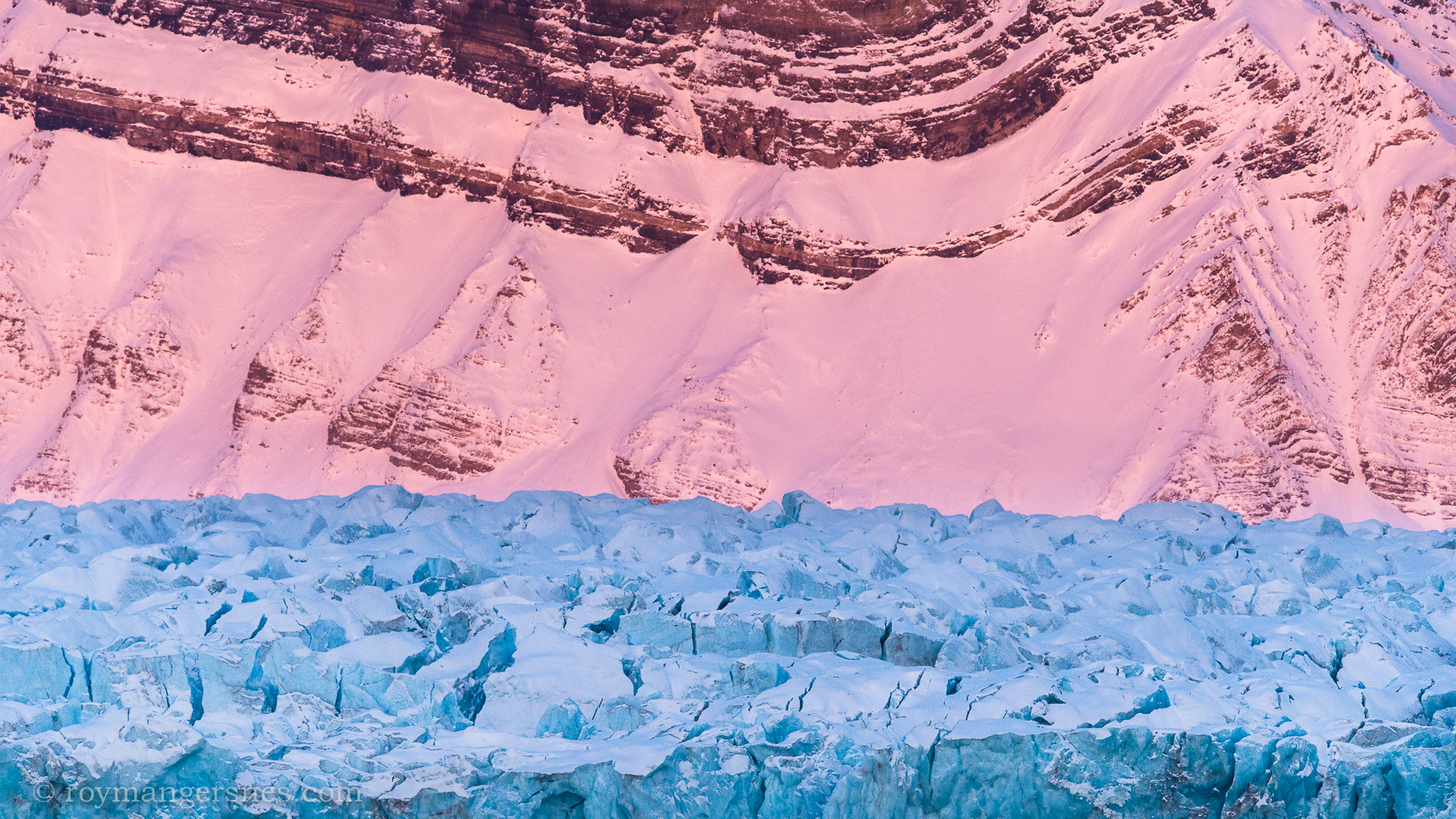 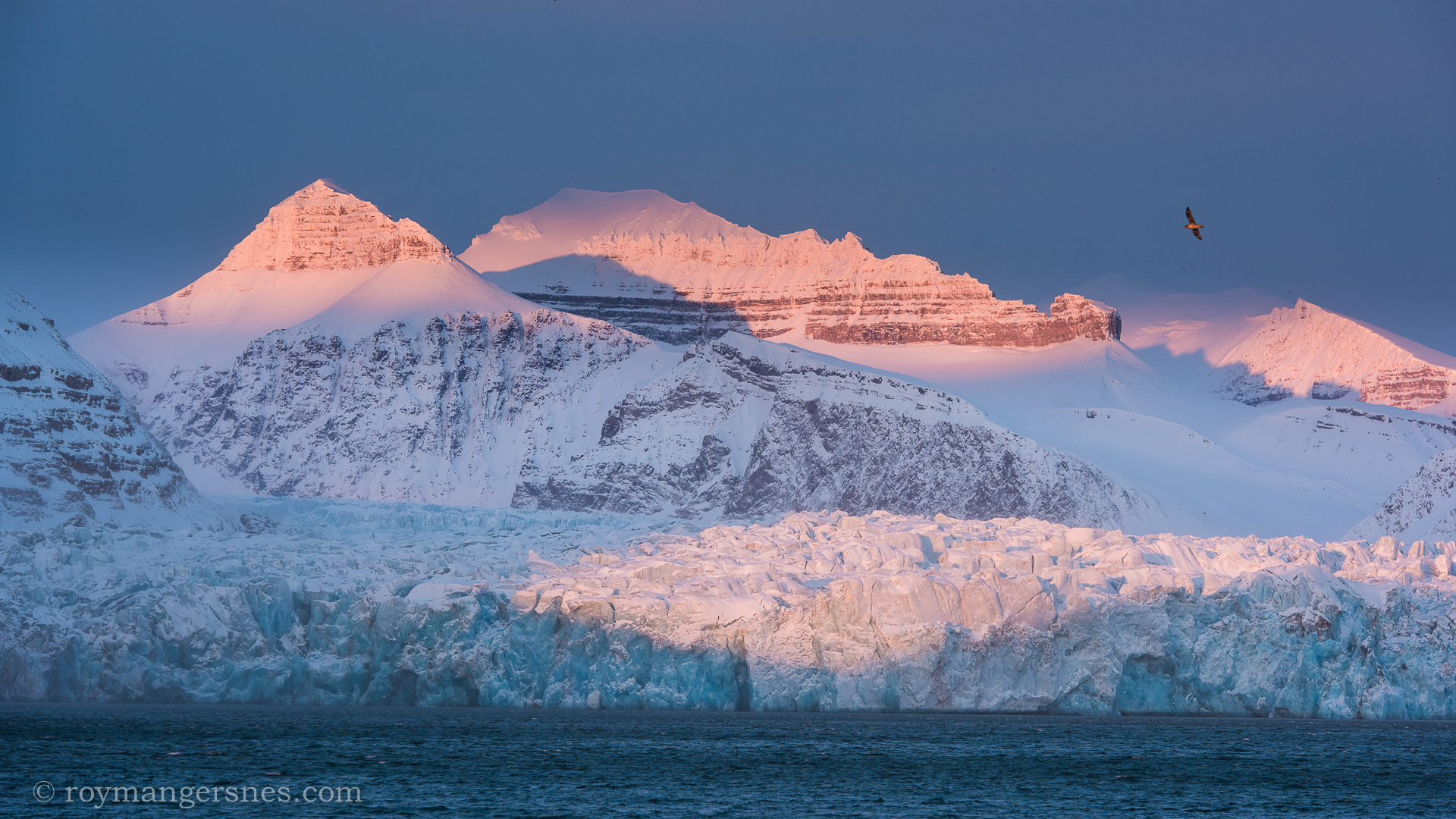 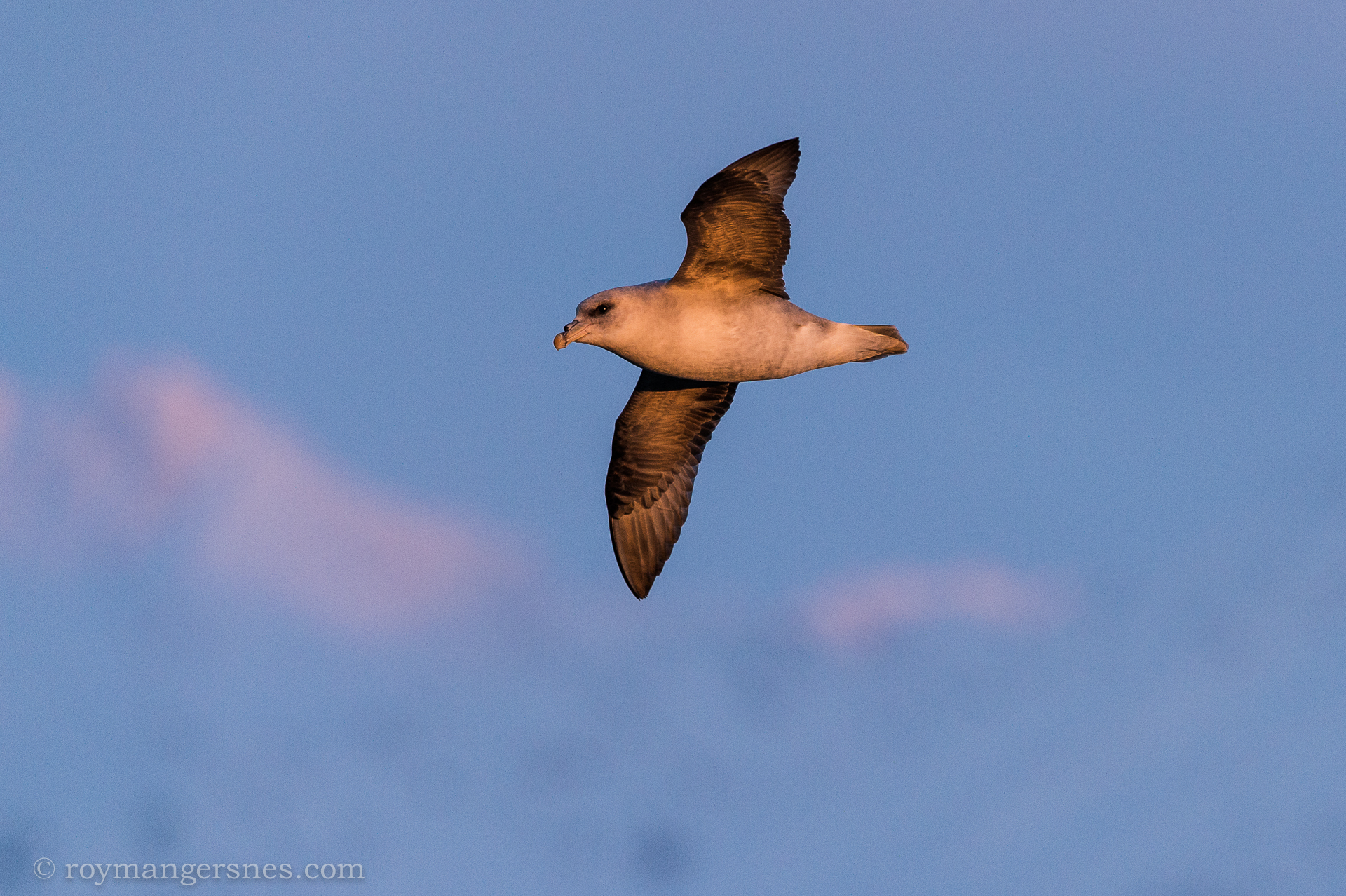 Day 8 – 10.04 2016 The last day was spent on the northern coast of Isfjorden. Using binoculars we scanned the coastline and eventually spotted tracks in one of the fjords. We parked at the fjord ice edge and scanned the glacier front.

As we laid there we could see no less then two Polar bears and also at least two Arctic foxes, one of them a blue morph. Unfortunately none of the bears came close, but we were lucky to observe a successful hunt when one of them captured a seal pup under the snow. 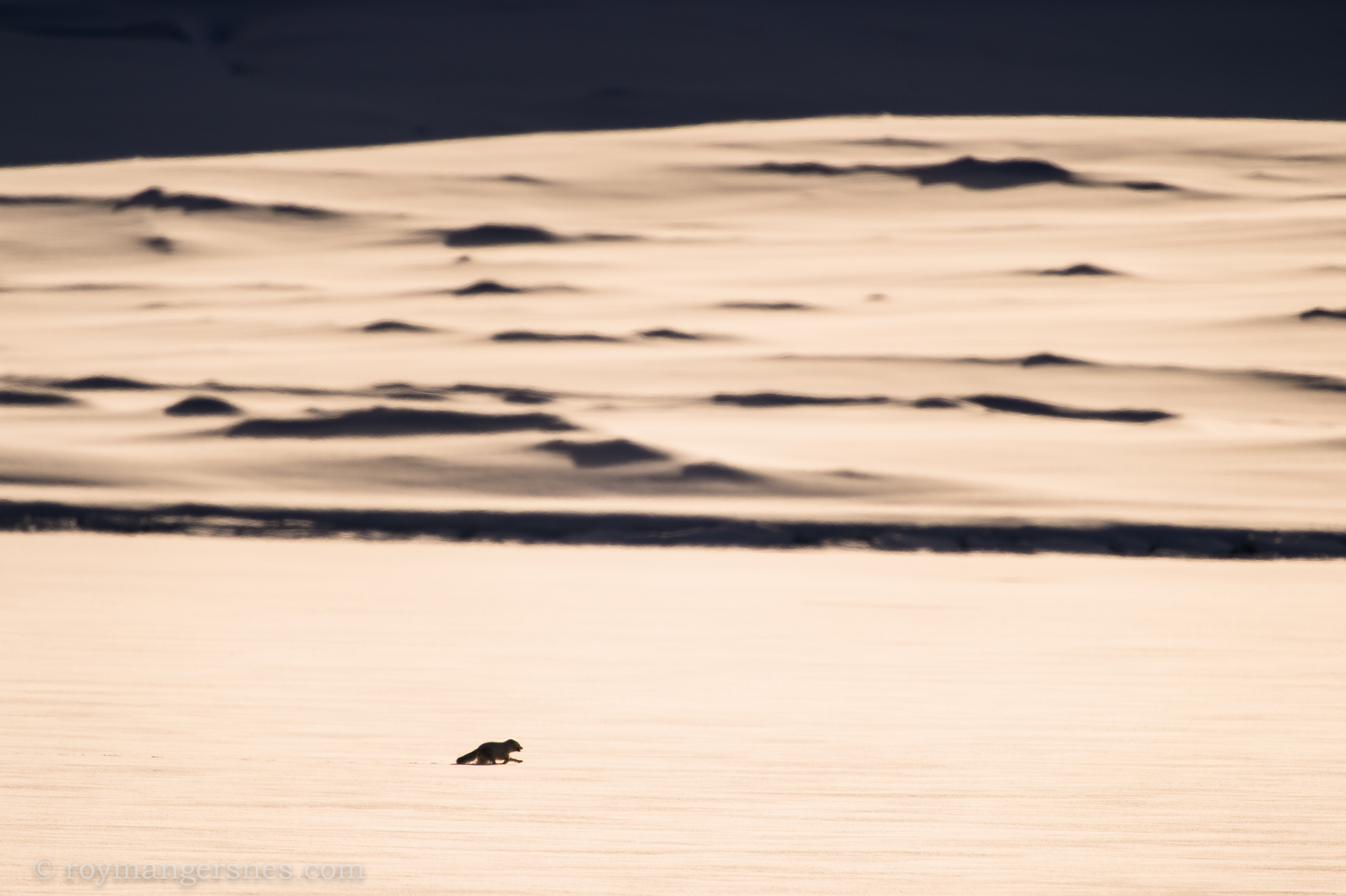 Amazing winter light followed us as we left the fjord and headed out into the arctic night. 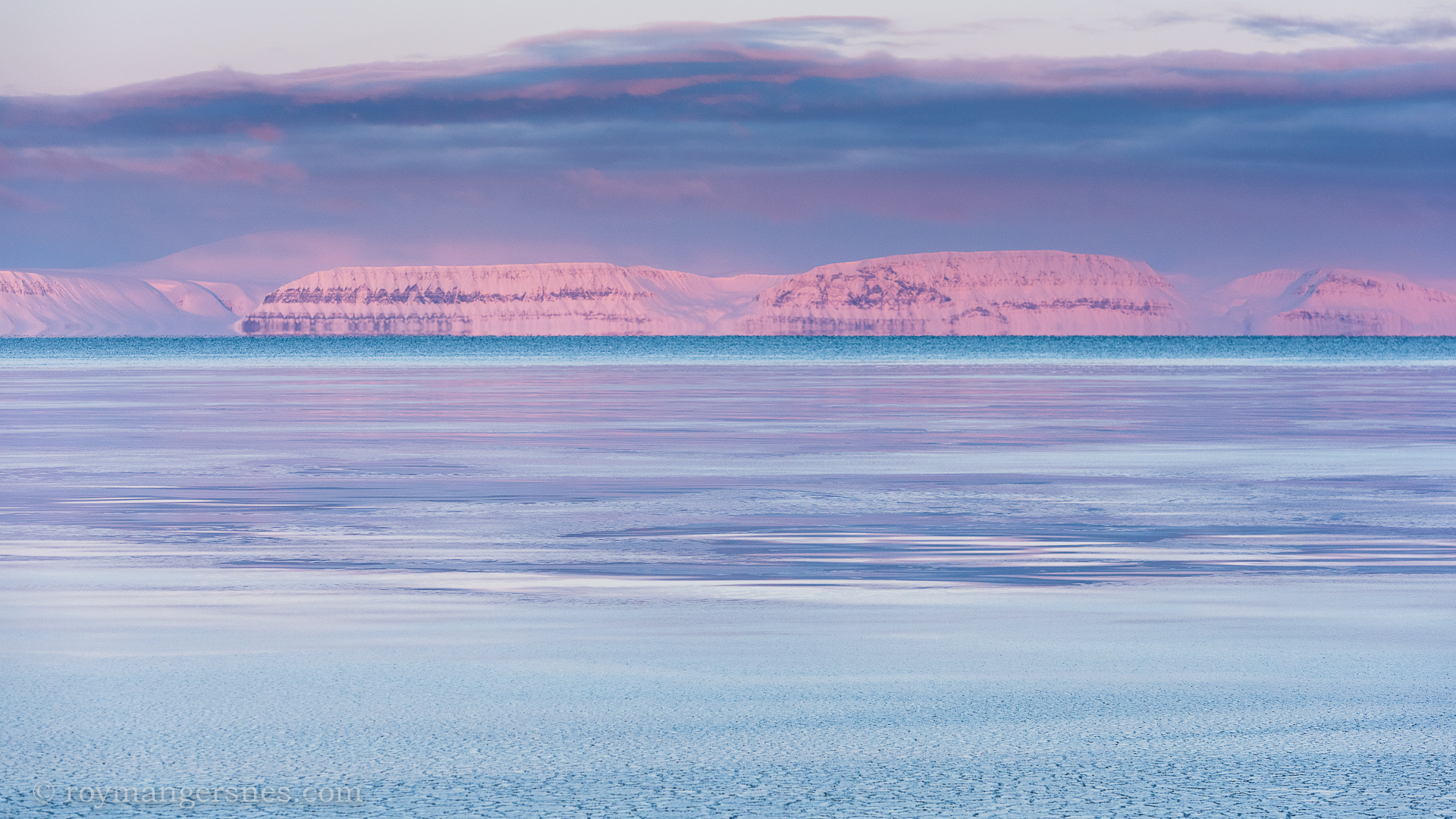 Day 9 – 11.04 2016 Late in the evening we arrived in Longyearbyen with great impressions, some magical encounters and tons of images to go through.