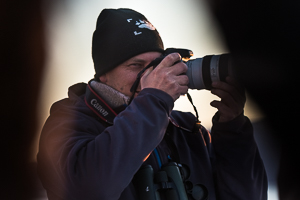 In between his photography and guiding, he works as a fieldbiologist doing fieldwork for various scientific projects. His main interest is birds, but he has also worked with animals such as whales, large predators and bats in different parts of the world. Eirik has worked in Svalbard every summer since 2001. He also visited the Antarctic for the first time in 2008. Through his work as a field biologist and photographer, he has gained extensive Polar Bear experience – with a lot of the encounters being on foot. His wide range of knowledge within animal behaviour and ecology ensures that an expedition with Eirik is always something more than ”just” a photography trip.

WildPhoto Travel is proud to have him on our team.